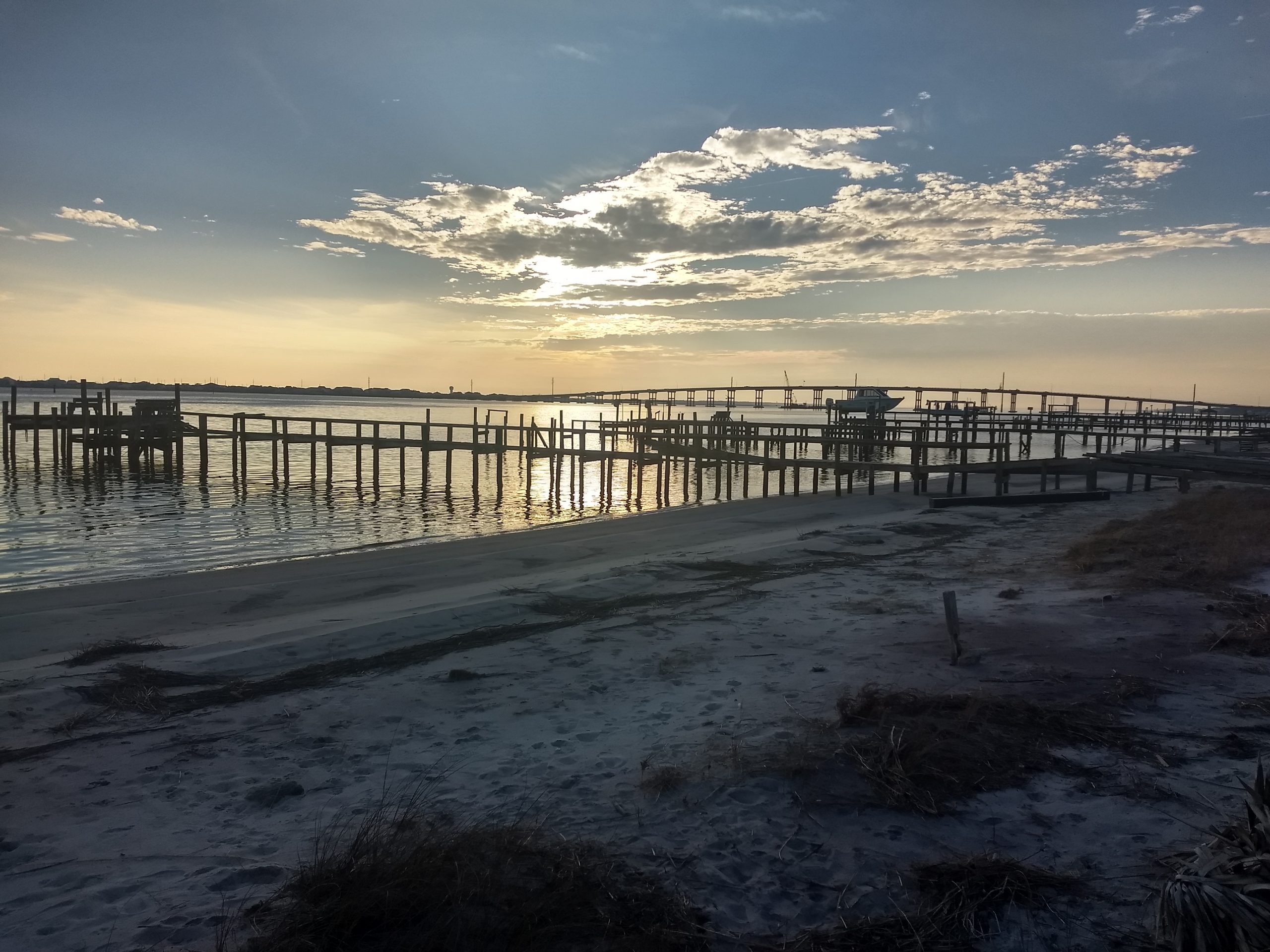 The sun begins to set behind the Atlantic Beach high-rise bridge in this photo by Jennifer Allen on Wednesday, an unseasonably warm February evening.

Born and raised in Swansboro, Jennifer Allen graduated from Appalachian State University in 2002 and picked up a second degree from UNC-Charlotte the following year. She joined the staff of the Carteret County News-Times in Morehead City in 2005 and completed her master's at UNC-Wilmington in 2008. Jenn spent nine years writing and editing at the News-Times before joining the staff at the Town of Beaufort in 2014, where she served as public information officer and town clerk. On June 1, 2017, Jenn came aboard as assistant editor for Coastal Review Online. She has also written for Our State Magazine and other regional and statewide publications. She lives in Morehead City with her fiancé and their pups, Zaphod Beeblebrox, or Z, Octavius, but for short, they call him Gus, and Ivy Harriet. 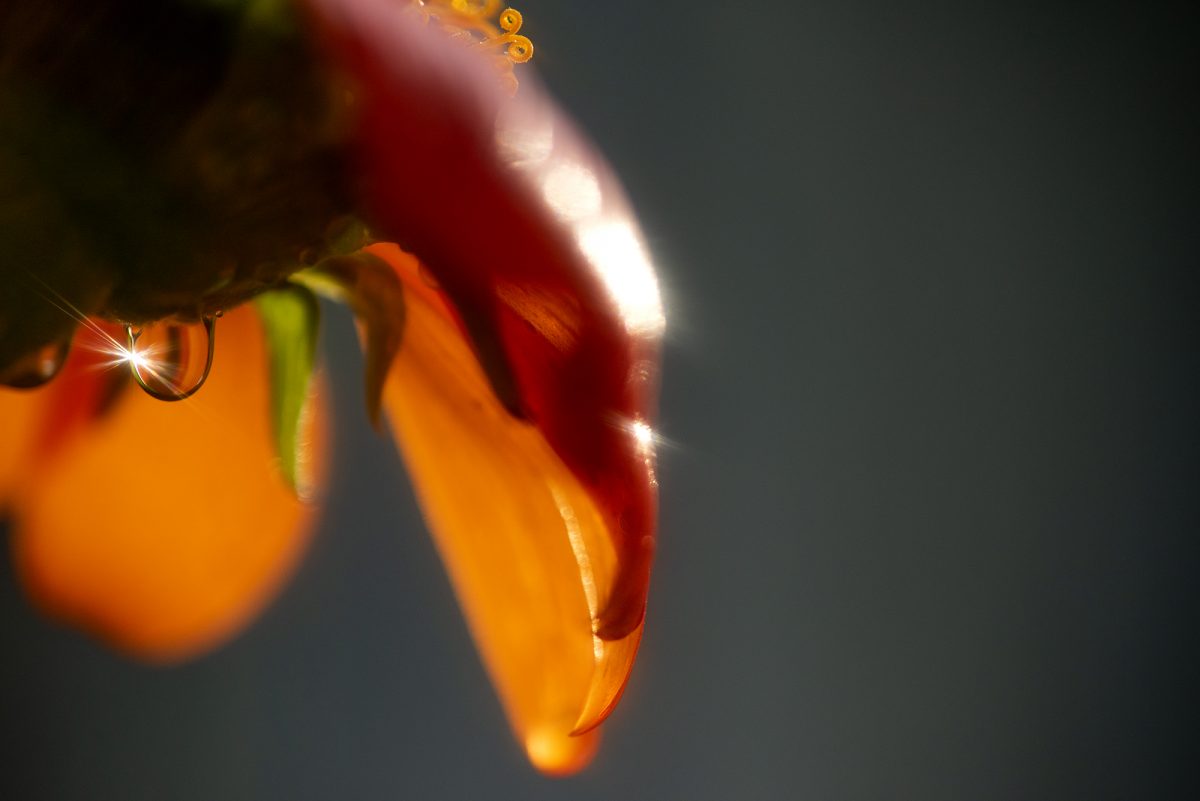 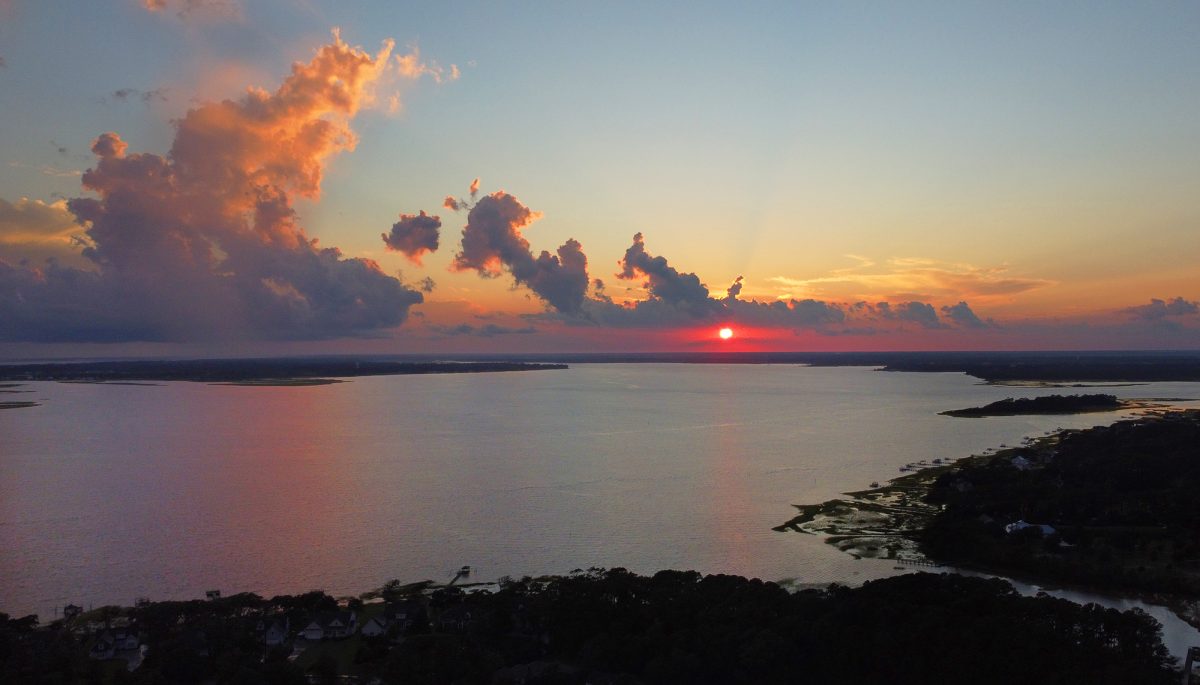 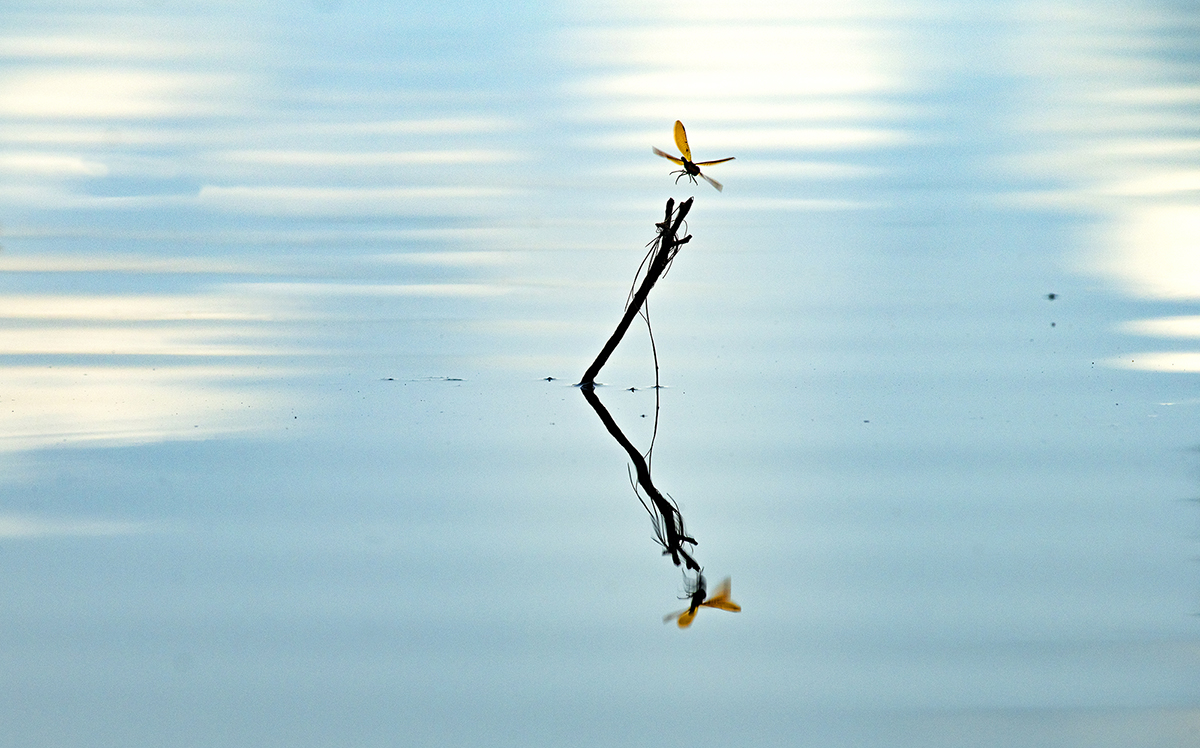 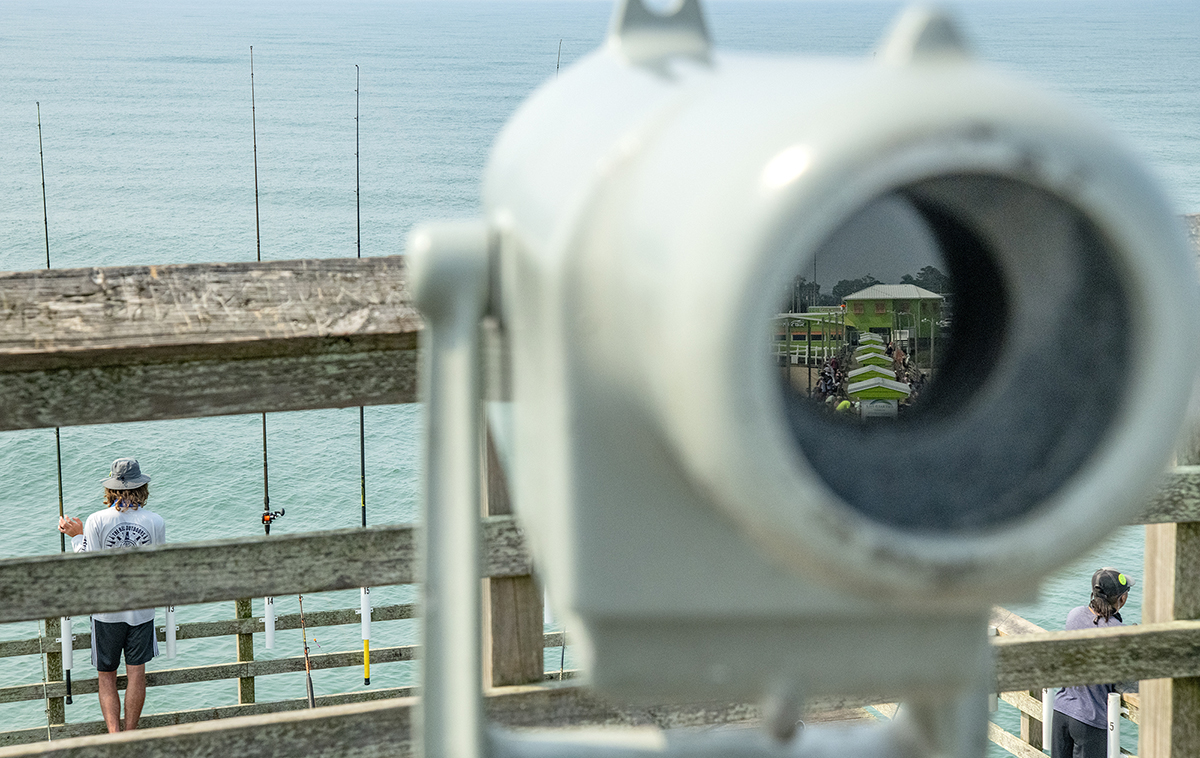 Reflections of summer
Support the coastal news you value.CoastalReview.org is an award-winning, nonprofit news service providing unbiased, in-depth and investigative reporting about issues on the North Carolina coast. Your support makes our work possible. Please join the CRO Press Club or put your business in the Sponsor Spotlight to support the coverage your care about. Learn MoreGive or Sponsor