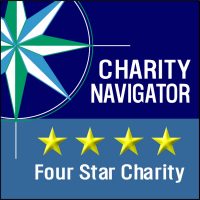 The North Carolina Coastal Federation, a nonprofit organization based in Carteret County, has again earned a four-star rating from Charity Navigator.

The federation, which publishes Coastal Review Online, announced the recognition Thursday. This is the seventh consecutive year the federation has achieved the four-star rating.

The four-star rating is the highest possible rating from Charity Navigator, the largest independent evaluator of nonprofits in the country. Each year, the organization rates nonprofits for their financial health, transparency and accountability. Only 7% of charities achieve a four-star ranking seven years in a row, according to Charity Navigator.

“Being one of the top environmental nonprofits is something we take pride in and work hard at,” said Todd Miller, executive director of the federation. “This is a real reflection of the dedication by our staff and board whose commitment to running a fiscally sound organization is unmatched.”

In a recent letter to the federation, Michael Thatcher, President and CEO of Charity Navigator explained, “Charity Navigator aims to accentuate the work of efficient and transparent organizations.” He added, “This exceptional designation from Charity Navigator sets North Carolina Coastal Federation apart from its peers and demonstrates to the public its trustworthiness.”

The rating reflects the federation’s fiscal efficiency in carrying out the organization’s goals and benchmarks, including during the pandemic, the federation said.

“This exceptional rating lets donors know that they can trust the federation to be an excellent steward of their contributions – effectively putting their dollars to work to protect and restore our coast,” said Sarah King, the federation’s development director.

The federation, partners and supporters in 2020 removed nearly 300 tons of marine debris from coastal waterways, constructed more than 1 mile of living shorelines, installed rain gardens and porous parking stalls that soak in 4.5 million gallons of polluted stormwater runoff, restored 2,700 acres of coastal farmland that now hold back hundreds of millions of gallons of drainage, and the construction of over an acre of new oyster reef, according to the federation.

King, in celebration of this rating, invited supporters this Valentine’s Day to adopt an oyster, which can be done online, for themselves or for a friend. “This is a fun way to support the coast you love and also connect with a friend this spring,” she said.

Donations to the federation may be also designated to support Coastal Review Online’s continued reporting on coastal environmental issues.