CALABASH – A Brunswick County environmental group plans a peaceful demonstration next week to draw attention to the threat of offshore drilling to North Carolina’s coastal environment.

The rally is set for 5-7 p.m. July 6 along the south side of Beach Drive in Calabash, from George’s Pancake House to the former Calabash Medical Center. Parking is available at both locations. 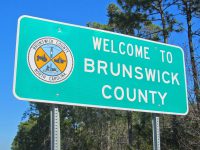 Neil Gilbert and Tom Goodwin are organizing the protest on behalf of Defenders of Mother Earth, or DOME. Although Gilbert is a co-founder and past president of the Brunswick Environmental Action Team and Goodwin is BEAT’s treasurer, Gilbert told the Brunswick Beacon of Shallotte that BEAT’s nonprofit status could be affected by taking part in a rally that is likely to feature signs critical of politicians.

“As a result, we decided to start another group, which is the Defenders of Mother Earth,” he said, adding that DOME is not in competition with BEAT.

Gilbert noted that 13 of the 19 Brunswick County towns had approved resolutions opposing offshore drilling and seismic exploration for oil and natural gas off the North Carolina coast. But county commissioners here have not approved a similar resolution. The rally is in response to county commissioners’ inaction on the matter. It’s also intended to alert visitors to Brunswick County and vacationers during the busy July Fourth holiday weekend to the risks an offshore oil spill pose to the tourism destination and businesses here.

Participants in the rally are asked to keep sidewalks and roadways clear, avoid arguments with hecklers and not brings signs with profanity.