This story has been updated

WASHINGTON, D.C. – Republicans in the House of Representatives are proposing significant penalties against states that block drilling for oil and natural gas off their coasts, the Washington Post reported. 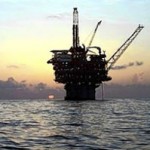 The proposal, expected to be discussed Thursday during a hearing of the House Natural Resources Committee, would allow states to disapprove of offshore drilling in up to half the federal lease blocks off their coast without a penalty. But states that put off-limits more than half of the lease blocks would be penalized at a rate of one-tenth the amount of government revenue estimated to come from lease sales, royalties and other revenues from drilling.

Governors of North Carolina, New Jersey, Connecticut, Rhode Island and Virginia sent to Congress Thursday a letter expressing their opposition to this legislation.

Democrats say the proposed penalties could cost states opposed to drilling millions or billions of dollars.

More than 200 East Coast municipalities and at least 1,200 local, state and federal elected officials have opposed offshore oil and gas drilling and exploration.