September is good month to view the Andromeda galaxy, which I got a good photograph of during August.

The galaxy is about 2.5 million light years away from us. Scientists estimate that the galaxy, known as M31, contains a trillion stars. If that number is meaningless, think of it this way: A trillion pennies is $10 billion dollars. By comparison, the Milky Way, our home galaxy, contains about 300 billion stars.

The apparent magnitude of M31 is 3.4. Under clear, dark skies, it should be visible to the unaided eye. That also makes it an easy target for binoculars. M31 can be found in the northeast evening skies throughout September.

Look to the western horizon for the triangle formed by Venus, Jupiter and Mercury just after sunset. Mercury is the very small “star” nearest to the horizon, followed by Jupiter and finally Venus. You might still be able to see all three, but Mercury will be very close to the horizon after Sept. 4 and the setting sun.  Both Venus and Jupiter will be visible at dusk until the Sept. 14. Venus will continue to be visible near the western horizon through the rest of the month. Then, it will appear to creep farther south as September progresses.

Another triangle that is easy to locate is the one formed by Saturn, Mars and Antares. September begins with it in the south-southwest. As the month progresses, Mars will appear to lag behind Saturn and Antares as they begin the evening closer and closer to the southwest horizon.

Neptune began September just above the eastern horizon at dusk. Uranus followed it, rising at 9:17 p.m. on Sept. 1. You might be able to spot Uranus with the unaided eye, but it’s easier to use binoculars or a telescope for viewing these two planets.

Pluto will be in the southern skies for all of September.

August was a great month for both observational astronomy and astrophotography. We had a lot of dark, clear nights with relatively low humidity. 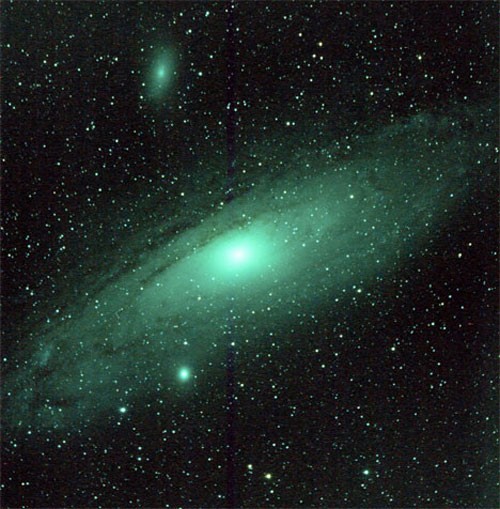 This is the M31, the Andromeda Galaxy. 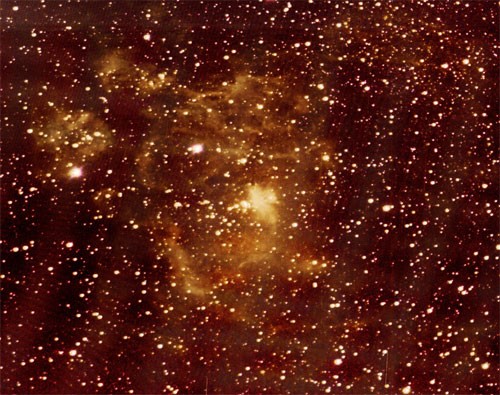