MANNS HARBOR — One bright August morning, before the sun had peeked above the tree line, I darted across the dew that mottled the yard of my clapboard childhood home in the mainland village of Manns Harbor. Peering around the back of our weathered garden shed, I spotted the cache of scavenged crab pots my brother and I had stashed there years ago. Now tangled in the smilax and shrubby psychosis of our property line, their red and yellow cages peeked above the jumbled mess, as if begging to be dipped in the water.

One by one, I carried the pots to the stern of my family’s squatty-hulled rowboat, stacking each cube more precariously than the last. With a practiced motion, I shipped the pine oars into the oarlocks, extending them slowly down, dipping them methodically into the murky Croatan Sound ahead of me. The rough grains felt suited to my hands, lined every crevice of my palm. I hadn’t felt them, or the humidity of a Southern summer, in three years.

I swiftly reached the slough where I had always remembered a healthy mess of crabs for the taking and began dropping my freshly baited pots to the bottom. Once the mesh squares hit the water, I flung out the mismatched buoys. Their characteristic slap against the surface let me know they were set. I turned back toward shore.

Years earlier I had left my Outer Banks home for a life in Oregon, where I chased and tagged seabirds throughout the Pacific Northwest. The woods were lush with electric green moss, the rivers turbid with seasonal salmon runs, the work rewarding. But, somewhere deep within me the call of my natal waters was stronger than I could bear.

My brother, John, and I were raised by parents who knew that our best lessons would come from the outdoors. By the time I was nearly eight years old, we were unleashed on my dad’s raggedy, olive green duck skiff to explore Croatan Sound.

Students of the Sound

We were students of the sound. Our eyes learned the direction of the wind and the afternoon shift that marked the squalls that would chase us home. Our ears learned the raucous calls of royal terns that careened head first into pods of bait, brought to the surface by layers of puppy drum and rockfish. Our hands learned to bait crab pots and hang gill nets, while we learned the ethic in utilizing every piece of our harvest. The sounds were molding us into stewards of a system we were still struggling to understand.

While John and I spent most of our time on the Croatan, we knew the waters outside of our self-imposed boundaries were beyond comprehension. And, indeed they are. The second largest estuary system in the United States, the Albemarle-Pamlico estuary boasts more than 3,000 square miles of productive waters. From the Virginia line southward, Currituck Sound meanders toward the Albemarle, kept full by the fast-flowing Roanoke, Middle and Cashie rivers. The Albemarle twists and swirls southward into Currituck, Croatan and Roanoke sounds, and onwards to the expansive Pamlico, Back, Bogue and Core. 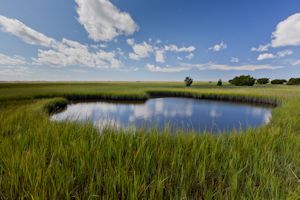 With average depths of only 13 feet, our estuaries have been aptly named “sounds” from the beginning. Early settlers to the area discovered these uncharted waters to be shallow and spotted with sandbars, which required the settlers to take frequent depth soundings, hence the name.

As devout pupils of the sound, my brother and I learned this lesson the hard way, mushing through unexpected sandbars and submerged driftwood. The prop of our motor reacted to these obstacles in a way my father didn’t appreciate, as the wheel became snarled and worn with each collision. We quickly learned the value of knowing your waters.

A mix of fresh and salt waters, our sounds are considered one of the most dynamic ecosystems on Earth. Inlets serve as essential veins of the sounds, flushing salt, sand and species inwards and outwards. The large swaths of Juncus and Spartina marshes provide nutrition and shelter to these species, both juvenile and adult.

The wealth of saltmarsh delineating so much of our interior coastline is largely responsible for the flourishing productivity throughout our waters. While the stench of detritus may allude otherwise, the estuarine-wetland system is 10 times as productive as the open ocean. As a result, our sounds support two-thirds of North Carolina commercially harvested seafood species, at least for some portion of their life.

Compared to the wanton currents of the Atlantic, the sounds provide a safe and nutritious expanse for growth of species from the croaker to the blue crab. Even those species that spend the majority of their lives in the ocean still depend on the sounds for food and fortress. With each ebb and flood tide, the sounds prove their value to our ecosystem as veins of life against our shores, and a conduit to the ocean. 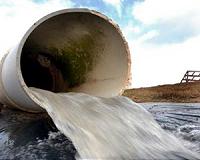 Even in our first days on the sounds, my brother and I learned quickly about the fragility of the system. For every day we plied our native waters, we became more attuned to the changes that were occurring.

We couldn’t see the ripples of the sound bottom like we used to. Our crab pot lines kicked off more sludge with the passing of each year. We watched marsh fall prey to housing subdivisions and big-box stores. When we learned to fish, some days we became nearly annoyed that our rods wouldn’t be left alone by the barrage of striped bass tugging for our bucktails. Just years later, the season-long, eerie emptiness of our hooks made us scratch our heads.

The threats to our interior waters are ominous — stormwater runoff, nutrient loading and loss of marsh habitat continually plague these harbors of productivity. Luckily, in the case of our sounds, the most effective shield from environmental degradation is the simplest. Whether work or pleasure brings us to the water, allegiance to these often under-appreciated waters runs deep. Our sounds’ greatest allies are those who sensibly utilize its offerings. Just as my brother and I learned again and again — how could we destroy that which feeds us?

Today, as an employee of a nonprofit organization dedicated to preserving water quality along the N.C. coast, I’ve been able to translate my childhood lessons on the sound into community-based environmental efforts. The N.C. Coastal Federation has given meaning to what my brother and I learned to protect, while allowing me to pass the lessons on to others.

The afternoon after I’d set my crab pots, an east breeze had kicked up a healthy wave by the time I was able to check my pots. I thought about changing out of my sundress I’d had on all day, but decided against it, given the heat. I couldn’t bear to cover my skin that had been deprived of sun and salt for so long.

My dress flapped in the wind, dripping with every wave that capped the rails of the rowboat. Upon reaching my string, each pot I pulled had more crabs than the last. I swore to myself under my breath, wishing I had worn shoes. With each wave, the crabs placed in the basket on the forward deck were tossed upwards, outwards and closer to my feet. A bedlam of claws maneuvered beneath me.

I reached our dock, heaving my bushel of crabs off the dinghy, eager to show off my bounty. Lugging my catch through the kitchen, I stopped short to see my mother standing in the kitchen, smirking at my now-dirtied sundress and the trail of sound water I had left behind me.

A Dirty Sundress and a Mess of Crabs

“I got us some crabs for dinner!” I said proudly.

My mother giggled and turned to greet my father who had just walked in from a day of work. His face, incredulous, gazed towards my load of effervescent crabs, ticking and climbing their way to the top of the basket.

“Where’d you get those?” he exclaimed, to which I responded. “Right out front.”

One fleeting glance told me he had forgotten, even if just for a moment, the years of knowledge he and my mother had instilled upon us as children. Now, here in their kitchen was the product of their work, 25 years later.

Amidst discussion of my pot placement and bait choice, my parents and I sat down to a table scattered with my harvest, bright orange and still steaming in the deepening darkness. The crack of crab claws and chuckles filled the evening air, competing only with the nightly cicada chorus. Out back the sound floated by, promising tomorrow would be just as fruitful as today.