RALEIGH — Legislation to tighten requirements on the use of firefighting foam with per-and poly-fluoroalkyl substances, or PFAS, including a statewide ban on its use in training, passed the North Carolina House last week in a 112-0 vote.

House Bill 355 represents the first legislated restrictions on the use of PFAS in the state. It follows similar attempts in prior sessions to limit the use of aqueous film-forming foams, or AFFF, containing PFAS.

Two years ago, the North Carolina General Assembly declined to take up the foam ban, but did approve the development of a statewide registry led by researchers at the University of North Carolina Policy Collaboratory.

The new bill strengthens the reporting requirements for local governments and other agencies that use the foam. The registry would track the inventory of AFFF, identify all foam not in use that needs to be disposed of and log all incidents in which it is used. It gives the state fire marshal authority to adopt rules for compliance and sets a deadline of July 1, 2022, for all fire departments to file their first annual report.

During a hearing last week, Rep. Ted Davis, R-New Hanover, said the bill was an important step in tracking the use of PFAS, reducing firefighters’ exposure to PFAS, and limiting its release into the environment. He said there are enough foams that don’t contain PFAS now on the market to provide a safer alternative.

Davis said that with cancer now the leading cause of line-of-duty deaths of firefighters, reducing exposure to PFAS that are strongly linked to some cancers is critical. Davis said he’d been told that firefighters were exposed to more PFAS through training, practice and testing than in fighting actual fires.

Davis, whose district was rocked by findings released in 2017 of widespread contamination of the Cape Fear River from a PFAS known by the trade name GenX, chaired a House select committee that studied the presence of PFAS and other similar contaminants in the Cape Fear River basin.

Industry groups have lobbied against regulation of PFAS and in the past have opposed an outright ban on their use in firefighting, citing the necessity of their use in fighting petroleum fires.

The new bill bans the use of PFAS in foam for training and practice and restricts testing of it to facilities with adequate containment, treatment and disposal methods.

Harrison, who has been working to get PFAS regulations passed since 2005, said the new legislation has a good chance of passing, especially given the unanimous vote in the House. She’s been trying to get controls on AFFF for more than five years after contamination linked to airport firefighting operations was found in Greensboro’s city water supply.

She said banning AFFF from training exercises should eliminate most of its use in the state.

“There’s clear support for this,” she said. “It’s not as strong as what advocates would have liked. It’s not entirely what industry would like, but I think it’s a happy medium, and if I understand it correctly, the practice foam is responsible for 80% of its usage, so that’ll cut back considerably on the foam that’s getting into our water.”

Attorneys for the Southern Environmental Law Center, who were part of negotiations on the new legislation, also called it an important step in regulating PFAS in the state. The law center represents Cape Fear River Watch, the Haw River Assembly and other organizations pushing for tighter controls on PFAS and emerging contaminants.

“We are pleased to see the House taking action to protect firefighters and North Carolina’s waterways from these harmful substances,” Southern Environmental Law Center attorney Mary Maclean Asbill said Monday. “It’s a small first step that we hope to build upon in sessions to come.”

The bill now moves to the Senate but is not likely to be taken up immediately.

Both chambers are in a sprint this week to pass dozens of bills ahead of Thursday’s crossover deadline.

Legislation must pass at least one chamber of the legislature before then to be considered viable for the remainder of the session.

Rather than pass the stand-alone House bill, the Senate could opt to include the House PFAS language in its version of the state budget, which is likely to be released later this month.

Budget chairs Sens. Mike Lee, R-New Hanover, Deena Ballard, R-Watauga, and Chuck Edwards, R-Hendersonville, drafted legislation earlier this session that would provide an additional $15 million in funding for the collaboratory for further sampling and analysis of PFAS contamination and to develop and test technologies to address it.

Senate Bill 544, the Water Safety Act of 2021, would cover the cost of testing the efficacy of new technologies developed in three water systems in the Cape Fear River basin, including one that draws either from the Castle Hayne or PeeDee aquifer.

Lee and Sens. Lisa Barnes, R-Nash, and Amy Galey, R-Alamance, also introduced a similar AFFF registry bill earlier in the session, but the current version of the bill, Senate Bill 327, does not include the ban on AFFF use in training. 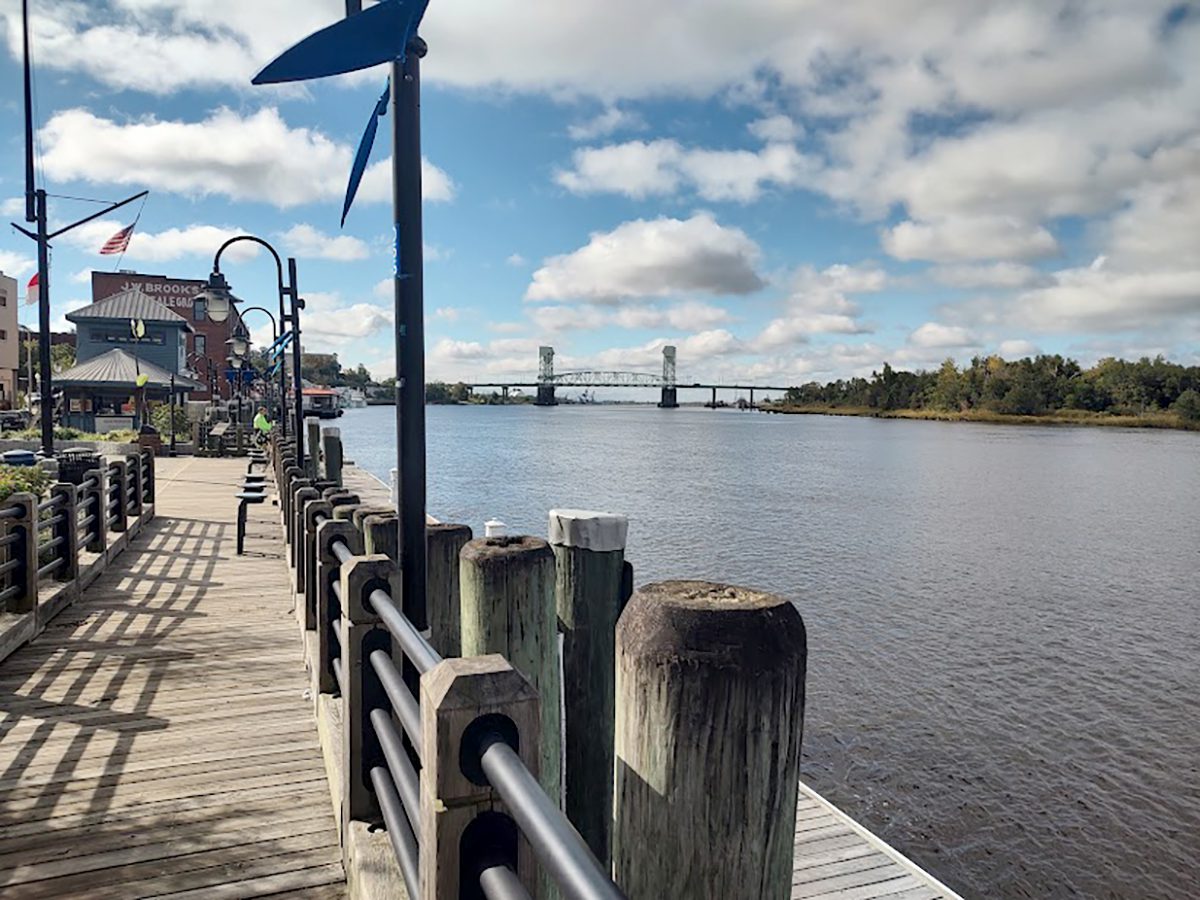 Growers will need approval to build floating structures
Support the coastal news you value.CoastalReview.org is an award-winning, nonprofit news service providing unbiased, in-depth and investigative reporting about issues on the North Carolina coast. Your support makes our work possible. Please join the CRO Press Club or put your business in the Sponsor Spotlight to support the coverage your care about. Learn MoreGive or Sponsor