The commission said the increase comes as no surprise since the state’s residential footprint has grown and people are moving closer into bear habitat, creating opportunities for bears to approach their property, specifically by leaving out food sources.

Colleen Olfenbuttel, the commission’s black bear and furbearer biologist, said residents can co-exist with black bears, recommending BearWise, an educational program the commission employs developed by bear biologists from each of the 15 state wildlife agencies that make up the Southeastern Association of Fish and Wildlife Agencies.

“Most bears that wander into a residential area will quickly retreat to their natural habitat, particularly if no food source is around. By following the six BearWise Basics the public can prevent potential conflicts and live responsibly with bears.” 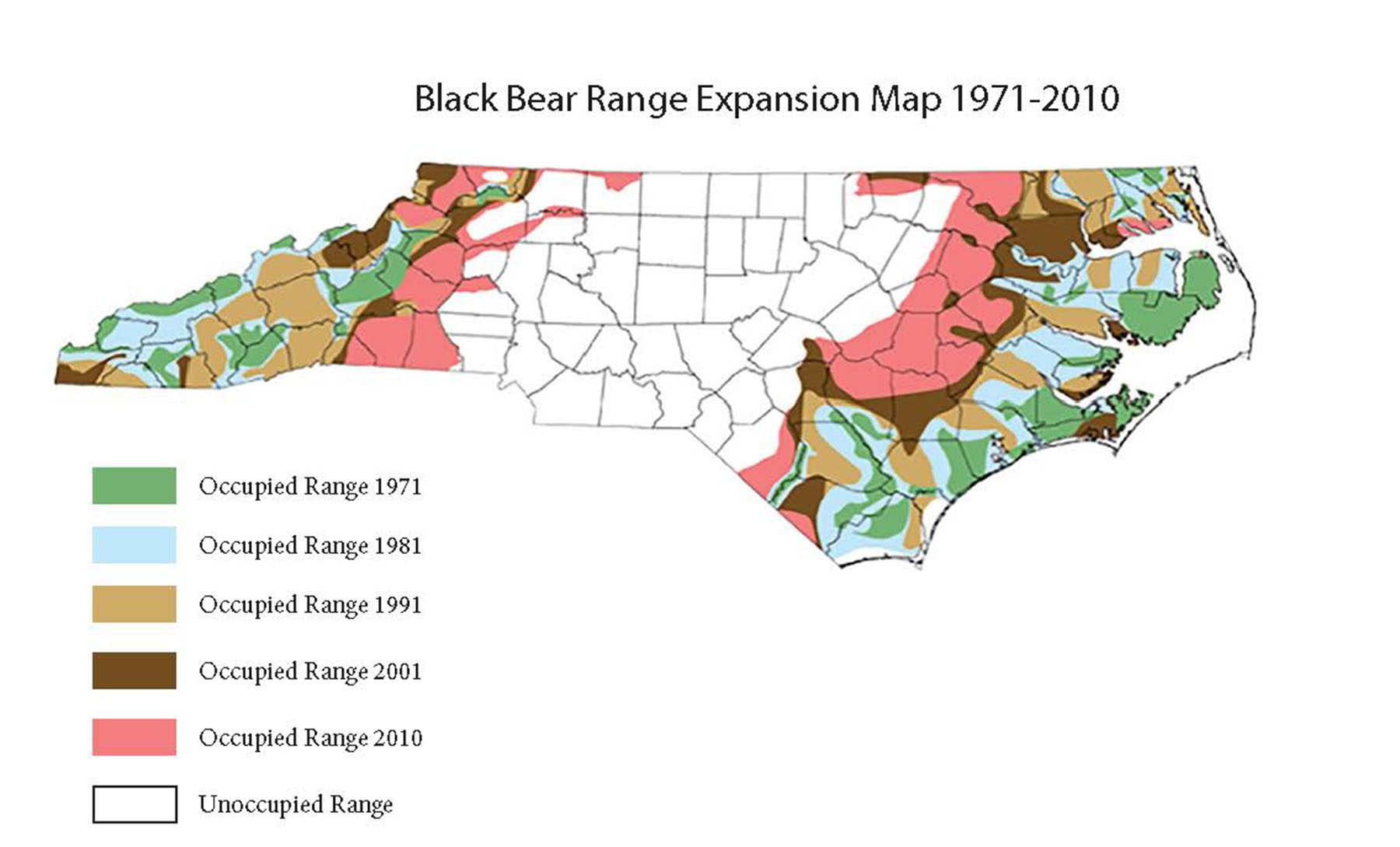 The BearWise Basics include the following:

“Attract birds, not bears, by using natural foods, shelter water and safe nesting sites. Consider using a bear-resistant trash container or altering your current container to become bear-resistant if allowed by your sanitation provider. And lastly, talk to neighbors and consider becoming a certified BearWise community. BearWise communities commit to co-existing responsibly with bears, securing all potential food sources and knowing when and how to report bear activity.”

North Carolina’s bear populations are concentrated in the Mountains and Coastal Plain, but sightings do occur in the Piedmont as well, usually in May, June and July. This is the time when young bears, called transients, are looking for a new home after being pushed away by the adult female as she begins breeding again.

“While these young bears, typically males, may appear to be wandering aimlessly around, they are not necessarily lost,” Olfenbuttel said. “Most are simply exploring their new surroundings and will move on, particularly if they are left alone and there is no food around.”

In almost all cases, the commission advises that the best option is a hands-off approach, allowing the bear to leave on its own.

The commission does not trap and relocate bears. There are no remote places to move bears and relocation can be treacherous for the bear, as they are unfamiliar with the new place and the food resources. Human activities and behavior are usually the cause of the problem and the best solution is to implement the BearWise Basics.

For more information about living responsibly with black bears visit BearWise.org. For questions regarding bears and other human-wildlife interactions, contact the Commission’s NC Wildlife Helpline, Monday through Friday, 8 a.m.-4 p.m., at 866-318-2401 or email anytime at HWI@ncwildlife.org.