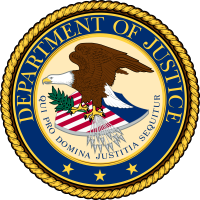 Jeffrey A. Styron, treasurer of the corporate board of officers for Garland F. Fulcher Seafood Co., pleaded guilty before U.S. District Judge James C. Dever III in the Eastern District of North Carolina that his company, at his direction, falsely labeled the foreign crabmeat as “Product of USA,” according to the Department of Justice.

In Styron’s role as treasurer, according to information in the public record, he oversaw daily operations of the company’s crab-related business, which involved managing and directing employees of the company with respect to the processing, packaging and labeling of crabmeat.

Styron admitted that he and his company could not and did not process enough domestic blue crab to meet customer demands and used foreign crabmeat to fulfill customer orders. During these periods Styron and the company purchased crabmeat, not live crabs, from South America and Asia.

Styron further admitted as part of his guilty plea that beginning at least as early as Jan. 1, 2014, and through Dec. 31, 2017, he directed company employees to repack foreign crabmeat into containers labeled “Product of USA,” which the company then sold to customers as “backfin,” “claw,” “lump,” “jumbo lump” or “special” domestically-harvested blue crab meat.

Styron is scheduled to be sentenced on Dec. 7.

“Seafood mislabeling is consumer fraud that undermines efforts of hardworking, honest fisherman and the free market by devaluing the price of domestic seafood,” said U.S. Attorney Robert J. Higdon Jr. for the Eastern District of North Carolina, in a statement. “In this case, the fraudulent scheme artificially deflated the cost of domestic blue crab and gave Styron and Garland Fulcher Seafood an unacceptable and unfair economic advantage over law-abiding competitors.”

The case was part of an ongoing effort by National Oceanic and Atmospheric Administration’s Office of Law Enforcement, in coordination with the Food and Drug Administration and the Department of Justice to detect, deter and prosecute those engaged in the false labeling of crabmeat.

“Seafood fraud undermines the economic viability of U.S. and global fisheries, deceives consumers, and threatens the health of those who consume tainted or misidentified seafood products,” said Chris Oliver, Assistant Administrator of the NOAA’s National Marine Fisheries Service.  “This case is a great example of investigative cooperation by state and federal law enforcement to strengthen seafood fraud detection and safeguard the industry and consumers.”

“Blue crabs are a classic American seafood product and a vital resource for coastal communities in North Carolina, Virginia, Maryland, and other parts of the United States. This investigation is part of the department’s mission to work with our law enforcement partners in the protection of Atlantic blue crab populations and other marine resources,” said Assistant Attorney General Jeffrey Bossert Clark for the Justice Department’s Environment and Natural Resources Division in a statement.