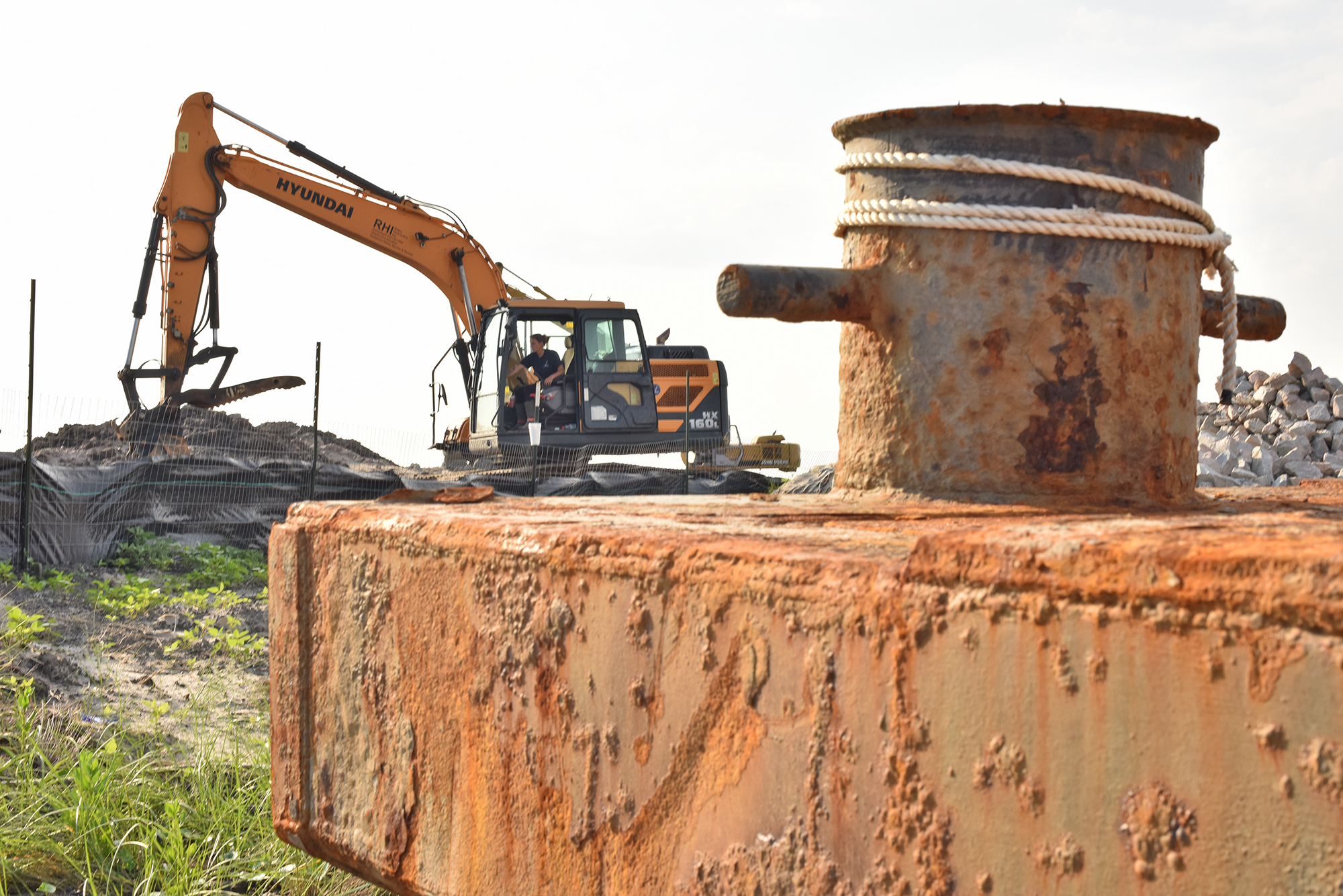 Earth-moving equipment from T.D. Eure Marine Construction in Beaufort operates near a barge Monday, June 22, in the Atlantic Harbor of Refuge where a project is underway to build a 1,720-foot living shoreline.

Dredging began in mid-April to improve navigation in Atlantic Harbor and wrapped up in May. About 8,800 cubic yards of material was placed on White Point, according to the Coastal Federation. Construction of the living shoreline began May 15, when Wake Stone Corp. started delivering about 9,545 tons of granite stone to the site.

As of June 23, 1,000 of the 1,720 linear feet living shoreline had been built on the harbor side of the White Point peninsula and the contractor was beginning to work around the point of the peninsula to complete the living shoreline along the Core Sound side. The remaining portion of the granite sill was expected to be completed by Aug. 1. 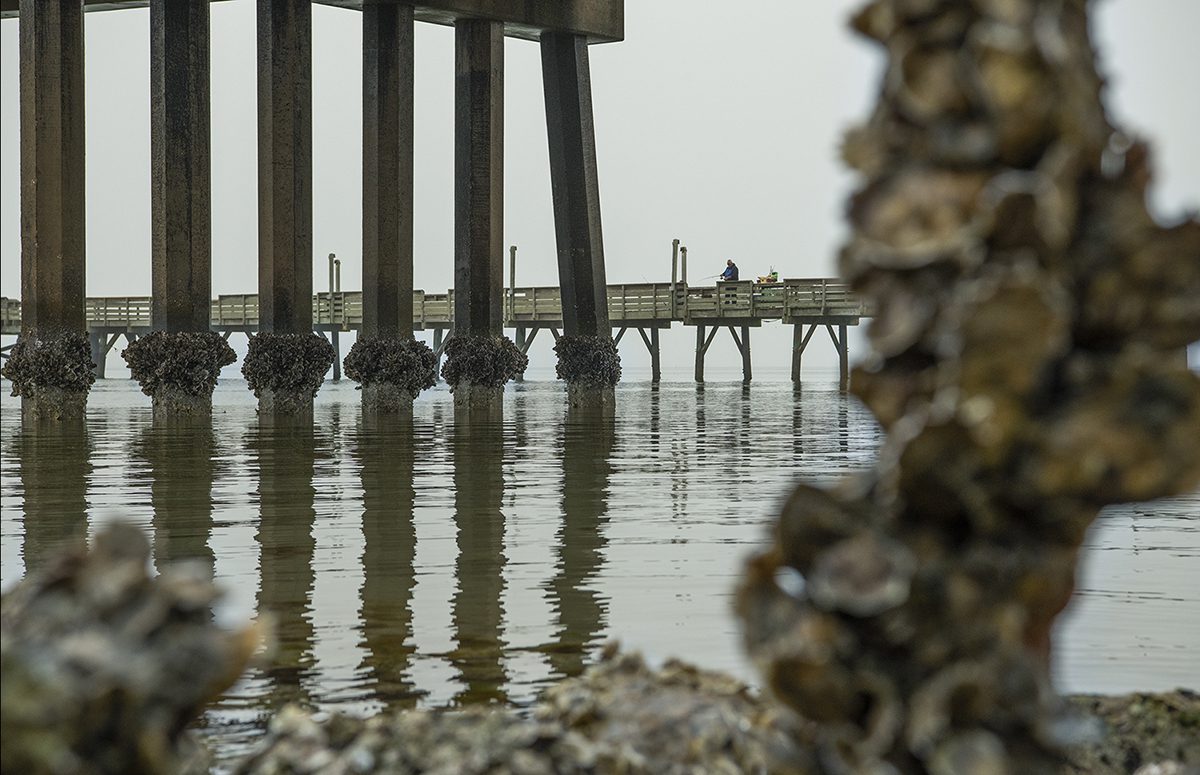 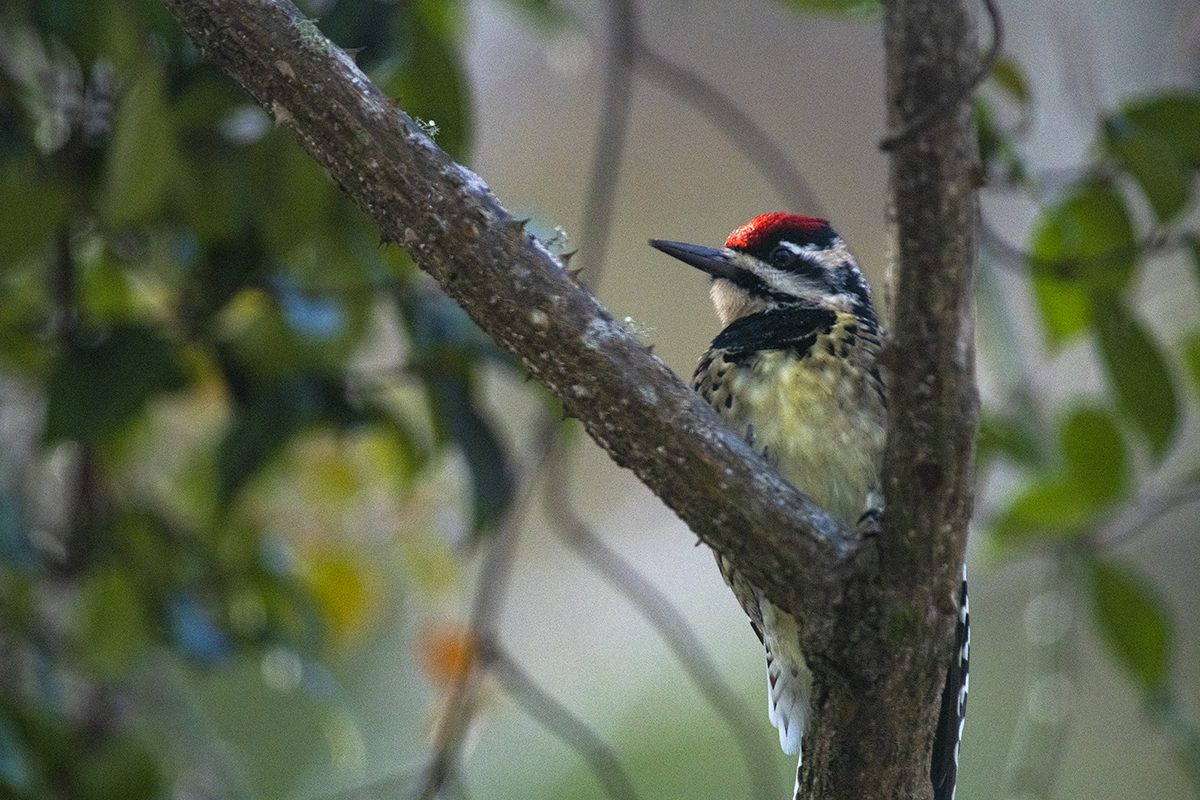