Growing up in North Carolina, my family often spent summer vacations on one of our state’s beautiful sandy beaches, our favorite being the tiny island of Sunset Beach. On most of the small-town Carolina beaches, time stops. Things that mattered before your vacation don’t anymore, and you instantly find yourself at peace surrounded by the majestic ocean.

On most of our trips, my mom and I diligently woke up every morning before sunrise, (sometimes before the birds and definitely before anyone else in our family), to go look for shells. I wasn’t a professional beachcomber back then, so I only looked for shells. My mom and I quickly learned where the best shells would wash up, and we would spend the majority of our vacation scavenging the beaches for our seashell treasures. Year after year, we would go for only a few weeks out of the year, where we usually found scallops, eastern cockles and coquinas.

However, on one magical morning, we hit the jackpot.

As we walked along the coastline at dawn, toward the north end of the island we saw a boat pull up and the man operating it started throwing stuff to the shore. On the north end of Sunset Beach is a small channel that lets you into the calm waters of the bay. It’s similar to Oregon Inlet and the sound side, except that the currents at Sunset Beach are nowhere near the power experienced on the Outer Banks.

His net was full of sand dollars, and he was throwing them onto the beach. We did not know what to think.  I was 7 and my mom could tell I was starting to get a little upset because they were alive and the man was tossing them so hard that many were breaking in half. He had hundreds of them and my mom and I threw most of them back into the ocean in an attempt to save them, not knowing if their fate had been sealed because they had been removed from their environment.

We worked through the excitement, trying to save the ones we could and keeping a few as treasures, but we were experiencing something new about our beloved ocean and we didn’t full understand what had happened. We gathered up many of the broken ones and the ones that were already dead and went back to our beach house with half smiles on our faces. Our family was certainly impressed by our haul, but this was maybe the second time in my life I had ever found a sand dollar, and I just couldn’t shake how we acquired them.

At the time, I decided to do some research about sand dollars because I wanted to know more about them. I wanted to know where they lived and if there was anything I could have done differently that day to save more of them, or if they could have been saved at all.

Unlike today, I had to wait until we got back home so that I could go to our public library and try and find books about seashells. The problem I ran into was that there was little information, (and still is, actually), about living shells, because they are nocturnal, and it is challenging to study seashells in their natural environment in the dark, as you can imagine. 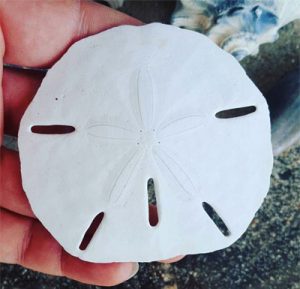 But what I have been able to learn throughout the years still blows my mind away.

The sand dollar is a flattened sea urchin that buries into the sand. They are closely related to starfish and sea biscuits, which are puffed-up urchins. All the urchins filter ocean water in their own unique way.  The sand dollar uses the five, star-shaped openings to flush seawater through its body. This process also helps propel them across the sea floor, although they don’t typically do much moving around due to their extremely dense population.

When a storm comes and stirs up the area where the sand dollars live, hundreds can be destroyed. Often, after a storm, you can even find the powdery remains of a large quantities of dried-out sand dollars along the tide line.

When sand dollars are alive, they are covered with tiny hairs which help them eat; usually algae, but they also eat larvae and other microorganisms. These tiny hairs help sweep food into their mouths which contain five teeth. The sand dollars chew very slowly, and digests food equally as slow. The diet of the sand dollar is how it get its coloring, similar to mollusks, which also get unique coloring from their diets. It is only after the sand dollar dies and the fine hairs fall off the skeleton that it gets bleached by the sun, turning it white.

Once the sand dollar has turned white, it becomes incredibly fragile. In fact, I can remember finding a tiny one that I was holding in my palm, when a wind gust blew it right out of my hand. It hit the wet, sandy shore, and shattered in 20 pieces. Although most of the sand dollar was gone, there were five little pieces that survived, that looked like tiny seagulls. I found out later that there is a religious legend about these tiny pieces, and the sand dollar in general.

When a sand dollar breaks, the five objects that fall are believed by some Christians to be the five Angels of Peace who sang to the shepherds on the day of Jesus’ birth. Scientifically, they are actually just their teeth, which is why you can sometimes find them among the powdery remains of their skeleton in the tide lines. (I like thinking they’re angels.)

Although they have a mouth with teeth, they are not considered a predator, and they have very few enemies in the vast ocean. Sheepshead fish and some larger starfish will prey upon them, but they usually meet their death naturally by storms. Thunderstorms, nor’easters and hurricanes can stir up the areas where the sand dollars are living, resulting in hundreds of them dying.

They get tangled up in the seaweeds that are ripped off the floor, and the sun cooks them as they ride the weeds on the surface of the water. The freshest ones become bird food, and the others get bleached out by the sunshine and turn white. If the water stays calm enough for the white ones to make it ashore, then an unsuspecting beachcomber may find one of the most fragile treasures in the ocean.

As an adult, I still get a thrill out of finding large, white sand dollars, but now that I have been beachcombing for many years here on the Outer Banks, I have learned something even more fascinating about one of my most favorite treasures.

The Outer Banks is known for its shoaling, where sand is being tossed around by underwater currents which creates shallow bars that can be there one day, and gone the next. These currents can be so powerful when storms are approaching, that they can bring up sand that is thousands of years old. On rare occasions, this old sand has equally old seashells, which is how you can find fossilized sand dollars.

These fossilized sand dollars are as hard as rocks, encrusted with extremely hard sand. They could have become fossils from an underwater magma leak from an opening in a fault line, or just died of natural causes before being buried under the depths of the sea for thousands of years. In many of the ones I have found, I can see a part of their five-star pores, which is like their signature marking to most collectors. To the untrained eye, and sometimes even to experts, they can appear to be camouflaged, as they are flat and usually sand color.

Whether it’s freshly deceased or an ancient fossilized sand dollar you are looking for, if you walk a little slower and think a little less about all that stuff that matters, you may have a chance of finding one of these spectacular gifts from the ever generous ocean.

North Carolina native Kristin Hissong, a University of North Carolina Charlotte graduate, has been an Outer Banks resident of 15 years, and is a dedicated, beachcomber, spending more than 20,000 hours walking the Outer Banks and shorelines around the Eastern Seaboard. For the past five years, she has been beachcombing on Hatteras and Ocracoke islands every day, collecting both treasures and trash on her routine expeditions. From typewriters to coffee makers, fishing rods to recliners, if you name it, there’s a good chance she has seen it washed up, and has hauled it to back to her collection, or to the closest dumpster. 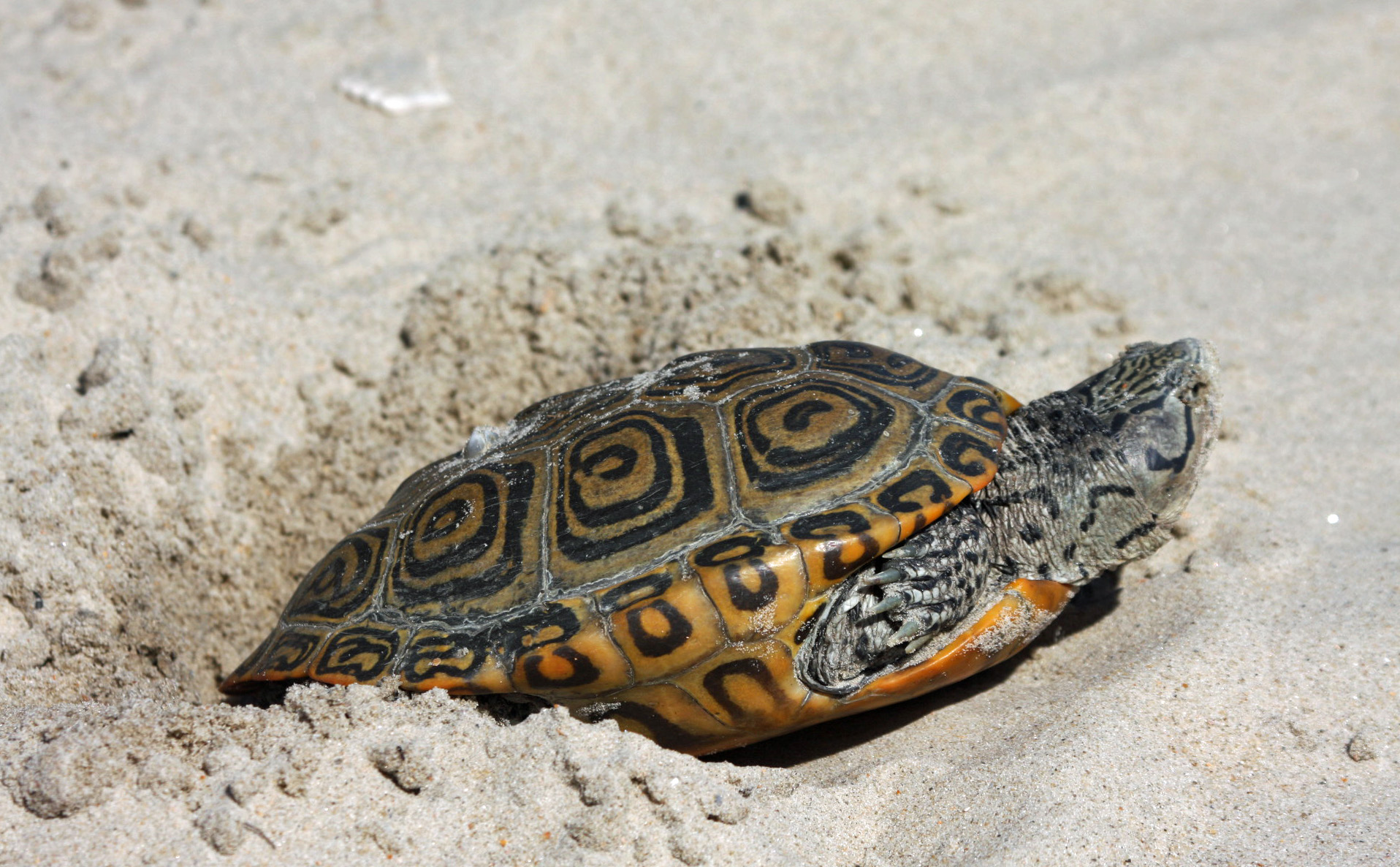 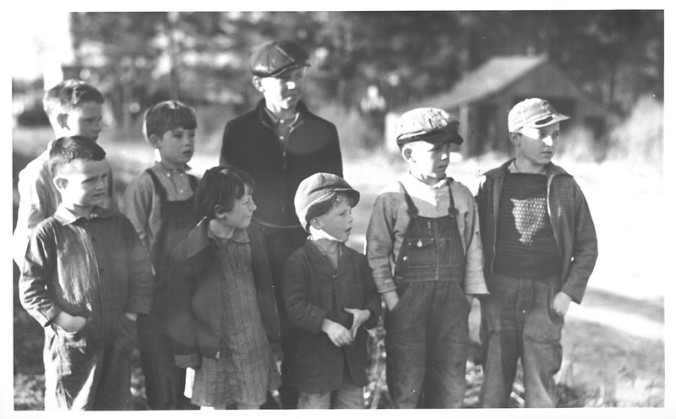