MANTEO — The Seven Rivers gallery at the North Carolina Aquarium on Roanoke Island is now a nursery for five green anoles hatchlings.

Living alongside the two adult anoles already on exhibit, the baby lizards are under the care of the aquarium husbandry team, which is monitoring the progress and health of each hatchling.

Native to North Carolina, anoles’ coloration can range from green to brown. Adults typically eat crickets, mealworms and roaches, smaller insects are being offered to the hatchlings, including pinhead crickets and flightless fruit flies, aquarist Emily Kolonia said in the release.  The hatchlings have also been observed drinking water, which anoles primarily get from the mist on leaves.

Reproductive behavior like this is an indicator that the anoles are healthy and comfortable in their habitat. It is possible the female laid more eggs, and staff will monitor the exhibit for more hatchlings. 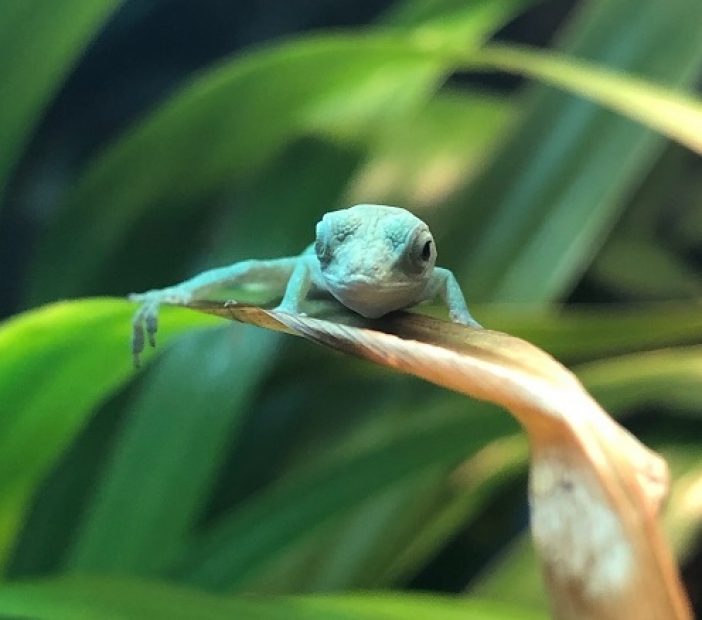 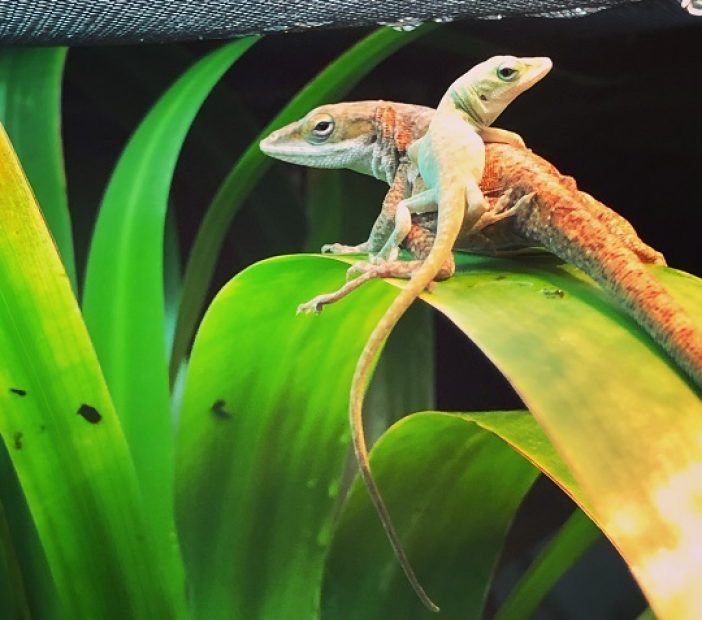 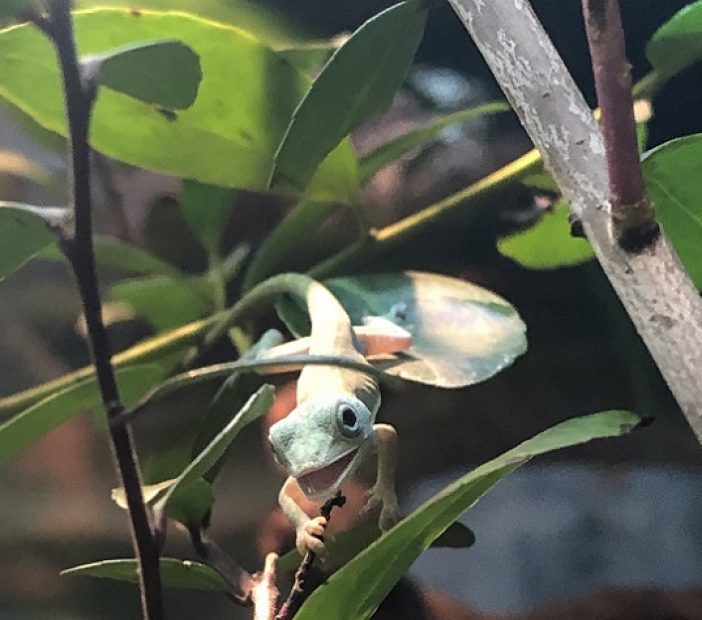 Five anole hatchlings are making themselves at home at the North Carolina Aquarium on Roanoke Island. Photos: NC Aquariums