WASHINGTON, D.C. – Respondents to a recently released poll conducted by environmental group the Sierra Club overwhelmingly reject how the Trump administration is – or isn’t – dealing with climate change and environmental protection. 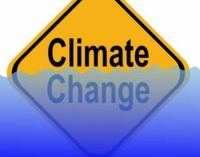 North Carolina residents who responded rejected the Trump administration’s approach to energy and the environment with two in three, or 62 percent, opposed. While a majority of Republicans do approve of the administration’s approach, almost every other demographic group strongly disapproves, including Democrats (87 percent disapprove) and independents (70 percent disapprove). By a large margin, North Carolinians support policies to require oil and gas companies to reduce methane emissions, limit the amount of emissions from power plants, require higher fuel efficiency, and limit oil and gas production
on public lands.

The results also show that renewable energy is as popular as ever with respondents in every state surveyed expressing a preference for policies that encourage the U.S. to move away from fossil fuels and toward more clean energy like wind and solar. This includes 79 percent of North Carolinians who support moving states to 100 percent clean energy by 2045. At least seven-in-10 respondents in every state support 100 percent clean energy goals.

“The salience of climate change and the desire for government action to fight it is higher than I’ve ever seen,” said Global Strategy Group Senior Vice President Andrew Baumann.

In response, Sierra Club Polling and Research Director Grace McRae released a statement saying that, “While the Trump Administration is rolling back our clean air, water, and climate safeguards in favor of dirty fossil fuels like coal, polling demonstrates that Americans prefer that the country not only act on climate but transition to 100% clean energy. This poll should serve as a wake up call for the Trump Administration — Americans want climate action and they want it now.”

NC parks, recreation projects to get $17M in funding

State asks anglers to donate flounder carcasses for research
Support the coastal news you value.CoastalReview.org is an award-winning, nonprofit news service providing unbiased, in-depth and investigative reporting about issues on the North Carolina coast. Your support makes our work possible. Please join the CRO Press Club or put your business in the Sponsor Spotlight to support the coverage your care about. Learn MoreGive or Sponsor