Nearly 150 organizations, including the North Carolina Coastal Federation, signed a comment letter addressing concerns about a proposed rule put forward by the Department of Interior on the Freedom of Information Act, or FOIA. 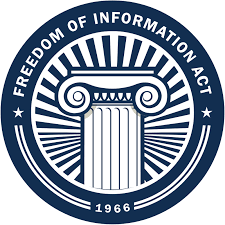 The Southern Environmental Law Center, The Wilderness Society, Public Employees for Environmental Responsibility, Center for Biological Diversity, Defenders of Wildlife, Earthjustice, Environmental Defense Fund, National Wildlife Federation, Animal Welfare Institute, the Center for Urban and Environmental Reform, and the Sierra Club submitted comments on the rulemaking on their behalf and the behalf of 135 groups.

The letter states that the Department of Interior “proposed significant, expansive, and novel revisions to its FOIA regulations … the Proposed Rule, if adopted, would severely undermine government transparency, violate FOIA, and limit important public rights guaranteed by statute.”

Concerns raised in the letter include but are not limited to the following:

While the information on the Federal Register states that exponential increases in requests and litigation have made regulation updates a priority, the comment letter from the almost 150 organization responded, that “The increased volume of requests, the challenges faced by DOI in responding to them, and the increased volume of litigation noted in the preamble to the Proposed Rule are all attributable to DOI’s own actions and policies.”

Meeting set on shellfish leasing in Bogue Sound
Support the coastal news you value.CoastalReview.org is an award-winning, nonprofit news service providing unbiased, in-depth and investigative reporting about issues on the North Carolina coast. Your support makes our work possible. Please join the CRO Press Club or put your business in the Sponsor Spotlight to support the coverage your care about. Learn MoreGive or Sponsor