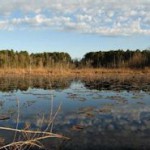 The injunction applies and the rule is now law in 26 states, but the ruling does not apply to 24 states where other legal challenges are pending. The SELC is appealing a decision in the Southern District of Georgia that has caused the Clean Water Rule to be stayed In Alabama, Georgia, North Carolina and South Carolina.

The court agreed that the Environmental Protection Agency and the Army Corps of Engineers violated the Administrative Procedure Act by refusing to solicit or consider public comments on the change ordered in February.

“As administrations change, so do regulatory priorities. But the requirements of the APA remain the same. The court finds that the government failed to comply with these requirements in implementing the Suspension Rule,” according to Norton’s decision.

““This is a victory for families and communities across America who depend on clean water, and a rebuke to the polluting industries trying to gut this nation’s bedrock health and environmental safeguards,” said Southern Environmental Law Center Senior Attorney Geoff Gisler, who represented the coalition of environmental groups in the case. “Water is a way of life in the South, where clean water is the lifeblood of our economy. We are thrilled the court rejected this administration’s blatant attempts to undermine safeguards that are critical to our nation’s welfare without being accountable to the American people.”

The Clean Water Rule was finalized after 200 days of public comment and review of 1,200 studies and it defined what American waters are protected from pollution by the Clean Water Act.

Monitor Marine Sanctuary Advisory Council meets Jan. 26
Support the coastal news you value.CoastalReview.org is an award-winning, nonprofit news service providing unbiased, in-depth and investigative reporting about issues on the North Carolina coast. Your support makes our work possible. Please join the CRO Press Club or put your business in the Sponsor Spotlight to support the coverage your care about. Learn MoreGive or Sponsor