Reprinted from the Island Free Press.

Last month’s meteor shower was a disappointment, but several this month hold promise.

The Draconid meteor shower on Oct. 8 proved to be less than spectacular. I spotted three faint shooting stars. On the other hand, in the early morning of Oct. 23, I saw a very bright meteorite shoot across the body of the Orion Constellation. On the same morning, the light show of Venus, Jupiter and Mars was spectacular. Venus was so bright that it almost looked like a flare.

I also managed a couple of good images during October. 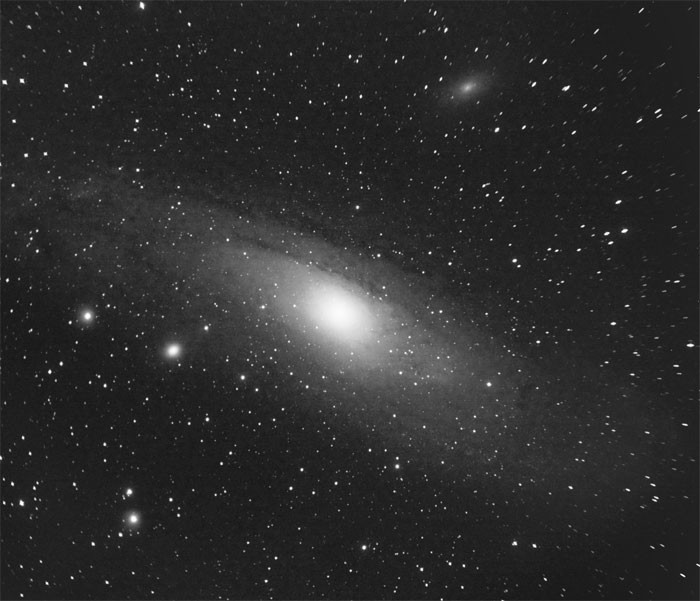 This is the Andromeda Galaxy is about 2.5 million light years away. It contains about 300 billion stars. It also has 14 known satellite galaxies. Several of them are visible in the picture. M110 is visible in the upper right-hand.  M32 is just below and to the left of M31.

The Andromeda Galaxy is supposed to be the most distant object visible to the unaided eye. During October, I was unable to spot it without the aid of binoculars or a telescope. Sky Map for Android and Star Walk for Apple are two good apps that will help you to find Andromeda with you smartphone. Point the phone skyward and locate the W-shape of the constellation Cassiopeia. Then I use the bottom two star’s larger “V” in Cassiopeia to point towards the bright star Alpheratz in the bottom corner of the great square of the Pegasus constellation. M31 is about halfway from Cassiopeia to Pegasus. On a very dark, clear night, it should appear as a faint, cloudy object. With binoculars, I can see quite a bit of detail. The visibility of M31 is used as a reference point for the Bortle Light Pollution Scale. The scale runs from 1 to 9, with 1 being the best and 9 the worst. Not being able to see the Andromeda Galaxy puts Waves somewhere around a 7.

Another fun fact about M31 is that it’s on a collision course with the Milky Way. You can expect to feel the effects in about five billion years, so there’s no need to sell the house and move to a safer galaxy just yet. 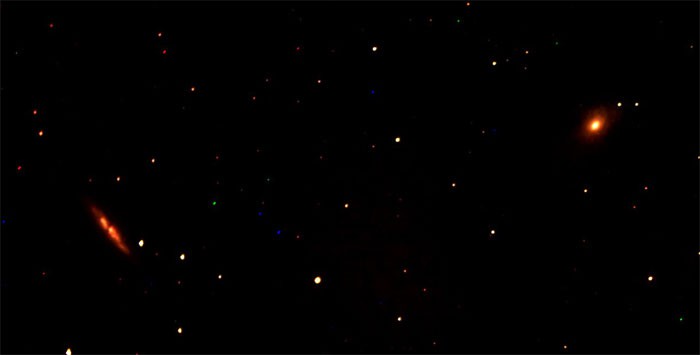 Another good shot I got in October is this shot of M81 — Bode’s Galaxy — on the right and M82 — Bode’s Nebula.

M81 and M82 were both discovered by Johann Bode in 1774. They are about 12 million light years away. On a clear night, you can view them using a good pair of binoculars. To find them, take that phone and first locate the bowl of the big dipper. Try to imagine a line going from the lower corner (below the handle) diagonally through the star that forms the upper corner (furthest away from the handle). Now double the length of that line.  That’s where you will find M81 and M82. M81 is very faint with an apparent star magnitude of +6.9. M82’s magnitude is even dimmer at +8.4 so you won’t be able to see either one without some visual aid.

The Orionids meteor shower is still active the first week of November. Viewing is best from midnight until dawn. The meteors will appear to originate from the constellation Orion, but they might appear anywhere in the sky. At midnight, Orion will be visible just above the eastern horizon.

The Taurid meteor showers continue through November with two distinct peaks. The first was last night and is called the South Taurids. The second, on Nov. 12, is known as the North Taurids. Both peaks take place from midnight until dawn. For the most part, the Taurids offer about seven meteors an hour. But the Taurids also offer a very good chance of seeing a “fireball” streak across the sky. A fireball is a huge shooting star that’s rarely seen. Often, they are brighter than Venus.

The Leonids meteor shower will peak in the early morning hours of Nov. 17. The Leonids are expected to produce up to 15 meteor and fireballs an hour. They will appear to start in the constellation Leo. Leo will be high in the southeast skies on the morning of Nov. 17.

Neptune and Uranus will be in the night skies. On an exceptionally clear night, you might be able to see Uranus with the unaided eye but you need strong binoculars or a telescope to see Neptune.

Venus, Mars, Jupiter and Mercury will all be visible near the eastern horizon in the early morning hours.

One of my favorite Messier objects — M45, the Pleiades — is prominent throughout November. It starts the month rising in the east-northeast shortly after sunset and remains visible all night. Throughout November, it will rise earlier each night. By the end of the month, it will be visible as soon as the sun sets.

The Pleiades is also called the “Seven Sisters.” For most people, six of the stars are visible with the unaided eye. On very clear nights, as many as 14 stars are reported in the cluster. If you add binoculars or a small telescope, you will be able to see some of the nebulosity surrounding many of the stars. With a large scope, you can zero in on the brighter stars and study each one like a diamond collector. 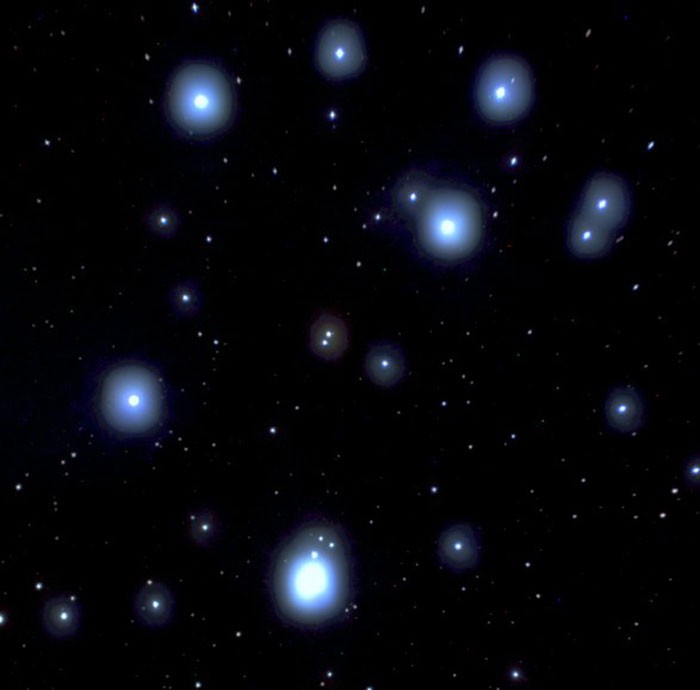 I took this picture of the Pleiades in October. It really doesn’t do justice to the beauty of this star cluster.