1896: Offshore drilling for oil began off the coast of Summerfield, Calif., just south of Santa Barbara. Rows of narrow wooden piers that looked like boardwalks extended up to 1,350 feet from the shoreline, their piles reaching 35 feet to the floor of the Pacific Ocean. Using the same techniques then used on land, steel pipes were pounded 455 feet below the seabed. The field produced a modest yield, peaked in 1902 and was abandoned several years later. The project left behind a beach blackened by oil and marred by rotting piers and derricks. A winter storm in 1903 destroyed many of the derricks.  The remnants of America’s pioneering offshore rigs were wiped out by a strong tidal wave in 1942.

1947: An offshore milestone was reached when Kerr-McGee Oil Industries drilled the first productive well beyond the sight of land, in shallow water about 10.5 miles off the Louisiana coast.

1950: Congress failed to pass a bill authorizing the federal leasing of subsea drilling, bringing offshore drilling to the halt. States had leased areas off their coasts, but President Harry Truman asserted in 1945 exclusive federal jurisdiction over the entire continental shelf. The U.S. Supreme Court in 1947 and 1950 upheld Truman’s claim, but no federal law allowed the U.S. Department of Interior to issue offshore leases.

1953: Two landmarks bills were passed to settle the impasse. The Submerged Lands Act gave most states the right to lease up to three nautical miles from the coast. It allowed two states, Florida and Texas, to claim a nine-mile jurisdiction. The Outer Continental Shelf Lands Act then gave the federal government the authority to issue leases beyond state jurisdiction. The federally administrated area became known as the Outer Continental Shelf, or OCS. It’s a legal designation that’s more reflective of legislative negotiations than the actual geology of the seafloor.

1954: Offshore production of oil in federal waters stood at only 133,000 barrels a day, or about 2 percent of total U.S. production.

1968: The Prudhoe Bay State No. 1 exploratory well discovered what would become the largest oil field in North America in state waters off the north coast of Alaska. Regular production began the following year, exceeding a million barrels a day by 1978.

1969: A blowout at a Union Oil Co. well located in the Santa Barbara Channel produced an 800-square-mile slick of oil that blackened an estimated 30 miles of Southern California beaches and soaked a substantial number of sea birds in the gooey mess. The blowout lasted 11 days and ultimately released about 80,000 barrels of oil. It was at the time the greatest offshore drilling accident in American waters. It prompted stronger federal protections and inspired the first Earth Day.

1975: The first discovery in deep water — depths of 1,000 feet or more, though definitions vary — came at Shell Oil Co.’s Cognac field in the Gulf of Mexico. Technology had yet to evolve from shallow to deep water, just as it took a while to develop from land to sea. Advances in that technology in the 1980s would begin shifting production in the Gulf to deeper water.

1982: Congress started including a provision in appropriations bills that prohibited offshore oil and gas development in the majority of the OCS. President George H.W. Bush in 1990 issued a similar directive that also banned offshore drilling in the majority of the OCS, which was extended by President Clinton in 1998 until 2012. Despite these moratoriums, drilling was allowed to continue in large portions of the Gulf of Mexico and off the Alaskan coastline. President George W. Bush subsequently rescinded the executive branch offshore drilling moratorium and in 2008 introduced an updated schedule for 2010-2015 that contained proposals to lease lands for drilling off the Atlantic and Pacific coasts.

1990: Offshore production in federal waters stood at only 1.1 million barrels a day – just 5 percent more than a decade earlier. A collapse in world oil prices in the mid-1980s had stalled the expansion of onshore and offshore drilling and had struck a devastating blow to the economies of Louisiana and Texas.

1997: More than half of the exploratory wells in U.S. waters proved successful thanks in large part to improvements in 3-D seismic technology.

Late 1990s: Production in deep water – a minor factor just 10 years earlier – surpassed that in shallow water for the first time. Five years later, deep water produced twice as much as shallow water, and an increasing amount of oil was coming from ultra-deep water — 5,000 feet and deeper.

2006: New federal legislation allotted Texas, Louisiana, Mississippi and Alabama a 37.5 percent share of the revenues derived from leasing activity in the so-called 181 South area off the coast of Alabama.

2008: Lease and royalty payments to the federal government reached a record $18 billion. The payments have become the second-largest source of federal revenue after income taxes.

2010: A blowout at BP’s Deepwater Horizon well in the Gulf of Mexico is the largest accidental marine oil spill in the history of the petroleum industry. The U.S. government estimates that 4.9 million barrels gushed from the leak for 87 days before it was sealed. The Obama administration put a halt to all deepwater lease sales after the spill, including one scheduled off Virginia.

2014: The Obama administration opens the Atlantic to seismic testing. Offshore oil production in federal waters falls to 1.3 million barrels a day – almost all from the Gulf of Mexico – after reaching a high of almost 1.7 million before the BP blowout.

2015: The federal government releases a draft offshore leasing plan for 2017-2022 that for the first time in decades includes portions of the Atlantic OCS, including offshore North Carolina.

An Outer Banks reporter walks into a global climate summit 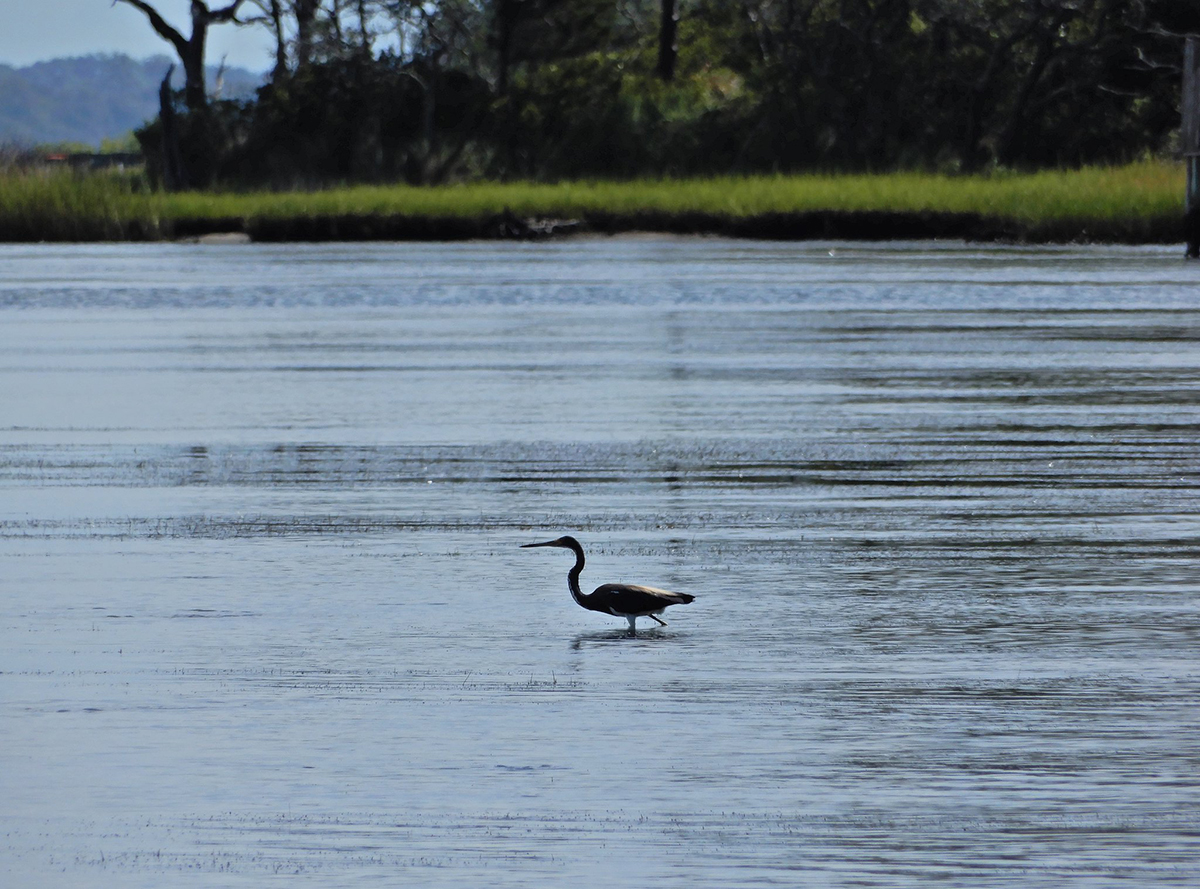 Something is causing more algal blooms in more places
Support the coastal news you value.CoastalReview.org is an award-winning, nonprofit news service providing unbiased, in-depth and investigative reporting about issues on the North Carolina coast. Your support makes our work possible. Please join the CRO Press Club or put your business in the Sponsor Spotlight to support the coverage your care about. Learn MoreGive or Sponsor