SWANSBORO — On the afternoon of the N.C. Coastal Federation’s first full moon photography cruise not a hint of clear sky was in sight. Just hours before the boat trip rendezvous at Hammocks Beach State Park near this waterfront town in Onslow County, grey cloud cover and 17-mile-an-hour winds dimmed the photographers’ hopes of capturing a fiery, oversized moon rising above the horizon on camera.

That didn’t keep over 30 people from showing up, though. The trip was on. The group of nature photographers, it seems, showed up understanding that when wilderness is the star of the show, there are always surprises.

At the very least, “It’s an excuse to get out on the water,” some said. Especially, one Emerald Isle married couple added, when the boat is filled with like-minded people and guided by the federation’s naturalist, Sam Bland.

Bland was a park ranger and the superintendent at Hammocks Beach State Park before retiring after 30 years at state parks. He is not only an accomplished photographer, but he knows the depth and breadth of just about every living thing on and surrounding the three islands and mainland that make up the park.

He invited another local naturalist and photography expert, Jody Merritt, to join the cruise and share photography tips and advice. Merritt was the superintendent at Fort Macon State Park in Atlantic Beach when Bland was starting out there as a ranger. The two often travel together to take pictures now. While Merritt excels with landscape photography, Bland’s forte is wildlife.

Around 3 p.m. when the cruise began, the sky cracked open and released its sunny yolk as the group moved onto the 40-foot-long boat, the Lady Swan. Clouds still clung to the horizon but no one seemed to complain as the golden light poured over the scenery of birds, barrier islands and maritime forests.

While the pros dished out advice on manipulating film speed settings and the back-buttons on their fancy cameras, others wowed and awed at the birds – the great blue herons, the cormorants, the pelicans and the egrets. Some folks had both binocular and camera dangling from the necks. Still others closed their eyes, simply soaking up the sunlight and feeling the breeze brush the face.

But before long the sun was sinking behind the clouds like a flashlight under water. Just a muffled pink sphere in an ocean of grey. Soon the moon would be rising, in view or not. Bland ushered the group off the boat onto Shark Tooth Island and up a dune twice the size of a house for a high vantage point of the moon.

Folks were so fixated on the traffic driving over the Emerald Isle Bridge to the east where the moon should be that they were blown away when they turned around and caught the sky on fire. A bed of embers burned through the cloud cover in deep crimson, sangria and ruby light. And then they were blown away again.

A giant, overripe nectarine was levitating above the bridge traffic and over the dune grasses.

“I’ve never seen a moon rise like that in my whole life,” said Jackie Foster. “I’m not a photographer, but I thought that (the cruise) would be fun.”

Perspective is key, Bland says. It’s what makes every full moon near the horizon seem abnormally close to us and unusually large. It’s also what makes the mundane a nice picture.

Stay tuned for the federation’s next photography adventure with Sam Bland, and visit our Facebook page to see more photos. 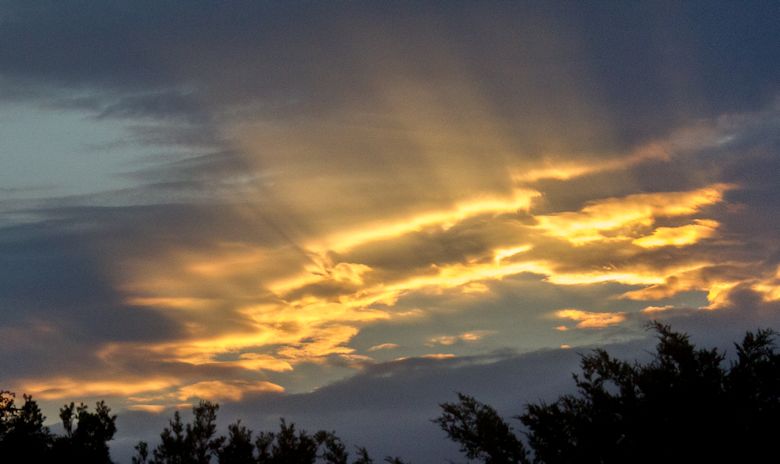 Book shines light on remarkable women of the Outer Banks

From farms to niche tourism, Bertie ‘Seedbed of the Colony’

Hiker wraps up 5-month, Mountains-to-Sea Trail trek
Support the coastal news you value.CoastalReview.org is an award-winning, nonprofit news service providing unbiased, in-depth and investigative reporting about issues on the North Carolina coast. Your support makes our work possible. Please join the CRO Press Club or put your business in the Sponsor Spotlight to support the coverage your care about. Learn MoreGive or Sponsor