On April 12, 2006 the N.C. State Ports Authority purchased about 600-acres of undeveloped land on the Cape Fear River near Southport for a new international port. It paid $30 million.

Today, the tax value for the same property is $12.73 million, and plans for the port are dead in the water.

The port proposal was derailed by strong public objections to the project, as well as a worldwide economic market that makes building a mega-port anywhere in N.C. a shipper’s pipe dream and a taxpayers’ nightmare.

The huge drop in land value is currently concealed within the authority’s annual audits under capital assets and long-term debt. It’s unclear what the total cost of this land has been given the accrued interest payments for various loans that were secured to buy the property. 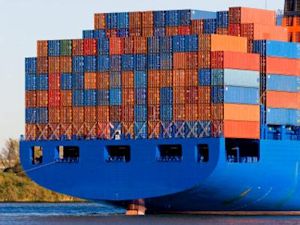 The authority made the purchase decision with little public discussion. In retrospect, this fiasco serves as a great example for why such large state-funded industrial development projects should always conduct an environmental assessment as required by the N.C. State Environmental Policy Act.

In this case, the authority purchased the property without conducting any environmental reviews. Why no environmental impact statement was prepared before $30 million in public funds were spent is very hard to explain.

The law requires state agencies such as the authority to review and report the environmental effects of its proposed actions that may occur by the expenditure of public monies when those projects could have a potential negative environmental effect on natural resources, public health and safety, natural beauty, or historical or cultural elements of the state.

Clearly, if the proponents of the port had taken more time to comply with the law before investing in buying the land, they would have probably have come to their senses and not wasted so much money.

Soon after the land was purchased, significant public backlash developed against the port proposal, and it lost support with many local governments as well as the N.C. General Assembly.  More studies now show that the port would never be economically viable. It is also doubtful that the port could have received environmental permits for the huge amount of dredging and wetland filling that would have been necessary to get large ships to its proposed docks.  Approximately 30 percent of the land is salt and fresh water wetlands according to Brunswick County tax records.

Unloading this now surplus property at a price that recoups the state’s investment will be about as easy as offloading a freighter along its shallow marshy shoreline.

The real estate bust of 2008 can’t be blamed for why the authority paid over $17 million more than the land is worth. This property is located next to a nuclear power plant and large military ammunition depot. It was never prime real estate for golf courses, houses or condominiums. Its economic value as open space or industrial land should not have fluctuated so severely even with the recession. The steep decline in value begs the question as to why did the authority ever pay $30 million to buy the property in the first place?  Clearly, appraisal requirements to determine fair market value for public land purchases may need to be revisited.

That said, since plans for the international port are now scrapped, it’s time to examine alternative and better uses for this land. The state has already lost its shirt on the purchase, and it would be better to cut its losses and do something productive with this property that would benefit taxpayers.

Perhaps some of the interior portions of the property could be used for economic development projects to finally create a few jobs, and the waterfront might make a nice state or local recreational park.

Public access for swimming and boating is always in short supply, and having such open park space would attract more tourism dollars to the area.

At least as a park, taxpayers can sit back in their beach chairs, watch big ships move up and down the river and feel that something worthwhile has been done with their hard earned dollars.