Sheepshead are not the first fish that comes to mind for recreational fishers, but anglers love these saltwater fish because they are a lot of fun to catch.

They are known for putting up quite the fight. They are also a pretty fish that, with their dark, vertical bars, look very much like a zebra that lives in the ocean. And although there currently is no federal regulation governing the sheepshead fishery, there are rules that apply in North Carolina, and it’s important to know the difference between sheepshead and another fish that bears a resemblance.

Because of this decision, North Carolina’s authority over this species was found to be invalid. The North Carolina Marine Fisheries Commission requested a rule in November 2012 for landing sheepshead in state waters.

“In November 2013, the rule was approved, and in 2015 the commission implemented the new rules that included size, bag and trip limits to prevent too many fish from being removed from the biomass stock. This also allowed a greater number of fish to spawn before being caught by fishermen,” Markwith said.

The North Carolina Division of Marine Fisheries is collecting information to better estimate the abundance of sheepshead in state waters. Commercial and recreational landings continue to be up and down over the years.

Sheepshead are comparatively large and long-lived members of the porgy, or scup family. They range from South Florida north to Nova Scotia, Canada, and from the Atlantic coast of Brazil north to the Gulf of Mexico.

As sheepshead continue to grow, they relocate into adult habitat including rocks, pilings, shipwrecks, jetties and oyster reefs.

“Migration patterns are based on mark-recapture studies that have shown no large-scale north-to-south movements. Instead, the fish tends to move in east-west movements around inlets during the fall and winter, when adult sheepshead migrate out into the ocean to spawn,” said Markwith.

Sheepshead are omnivores, meaning they will eat both plants and small animals, and prefer eating barnacles, crabs and oysters.

This species spawns offshore during spring months and then returns to coastal and estuarine habitats to feed and continue growing as youngsters.

“Young sheepshead are of a higher density in grass flats and muddy bottom. As they get older and larger, they leave the safety of the grassy flats and join adult schools in and around jetties, breakwaters and piers,” she said.

“This species grows quickly until around 6 years of age, then the growth rate slows down. At 1 year old, sheepshead are approximately 10 inches in length; 2 years old, 12 inches; and all sheepshead are sexually mature by the time they reach 3-5 years old and attain a length of about 14 inches,” said Marwith.

In North Carolina waters, sheepshead typically grow to lengths of 20 to 25 inches and will weigh between 5 and 15 pounds, but like with so many saltwater fish species, these numbers are an average and can fluctuate.

This fish is a close cousin of the much smaller scup. Their body shapes and fin structure are almost identical, but they are easy to tell apart from one another, both underwater and on shore.

Scup are much smaller and are not seen much larger than about 10-12 inches in length. They are more of a silvery-bronze in coloration, and their bodies give-off an iridescent spectrum of colors when struck by any light source, such as a dive light while scuba diving.

Scup have no vertical bars, but all age classes and sexes of sheepshead have dark vertical bars running through the gill plate, all the way back to the tail.

The public frequently mistakenly identifies black drum as a sheepshead. Physically, the two don’t look that much alike, with the drum’s mouth being placed more at the bottom of the fish facing downward to the bottom. The overall coloration of an adult black drum is, well, black.

“Black drum juveniles do have a similar vertical dark bar pattern along their body, while sheepshead have them from the gill plate back to the tail,” Markwith said.

Juvenile black drum’s mouths are facing downward, versus straight ahead for a sheepshead.

In North Carolina, mistaking a black drum for a sheepshead can lead to a hefty fine because of the difference in minimum size limits.

The size limit for black drum is no smaller than 14 inches and no more than 25 inches total length, except one fish per day may be more than 25 inches. Total length is measured along the midline from the tip of the compressed tail to the tip of the snout, according to the Division of Marine Fisheries. The minimum size limit for sheepshead is 10 inches fork length, which is measured from the fork in the tail to the tip of the snout. A mix-up can result in up to $255 in fines and court costs.

The state produced a graphic to help anglers tell the difference.

A second fish that somewhat looks like a sheepshead is the Atlantic spadefish. While the spadefish has vertical, dark bars running throughout its body like the sheepshead, the body more resembles that of a large freshwater angelfish, and physically looks nothing like a sheepshead.

“A targeted spear fishery has grown over the past seven to eight years, as well as the gig fishery has become more popular during the same time period,” she said.

Gill nets in estuaries and pound nets account for more than 70% of the commercial landings in the past 10 years.

Commercial landings have had the typical up-and-down fluctuation seen by the majority of fish species along the coast during the past 10 years, with the highest numbers of landings in the 2013 and 2014 fishing seasons.

“This species is caught by recreational anglers with much enthusiasm. In the past 10 years their popularity has grown exponentially. The best way to catch sheepshead recreationally is to use hook and line tackle, and this species is also becoming more popular to spear fishermen,” said Markwith.

Fishing for sheepshead by recreational fishers has gone down since 2008, however there was a spike of activity in 2013 when the federal government dropped protections for this fish. In the 2016-2018 seasons, 60% or more of this species that were caught off the coast of North Carolina were released back into the ocean.

The division said 90,291 pounds of sheepshead were landed in 2018 by commercial fishers. This accounted for a combined weight of 826,029 pounds.

Even though there has been a generally downward trend over the past five years, both commercial and recreational fisheries saw landings increase in the 2017 fishing season.

The Division of Marine Fisheries has determined that more research is needed that includes the creation of a tagging program to aid in figuring out where these fish move to during the course of a year and to help calculate juveniles’ and adults’ relative abundance.

“There also needs to be a continuation of the monitoring of recreational and commercial landings, and updating the basic biology as it pertains to maturity schedule, collection of age and sex information on the sheepshead fishery, and studying spawning areas and collecting data on their life history,” she said.

To catch sheepshead, a lot of fisherman use chum to attract the fish closer to their hooks. These are a challenging fish to hook because they strike and take bait very quickly. Common methods include hand lines, spinning tackle and cane poles, which allow feeling when the fish strikes their bait.

The best bait to use when pursuing sheepshead includes clams, barnacles, shrimp, fiddler crabs and oysters.

Fishing next to a piling is best, while others anchor their boats next to a jetty, and allow the tide to carry the bait across the rocky bottom. 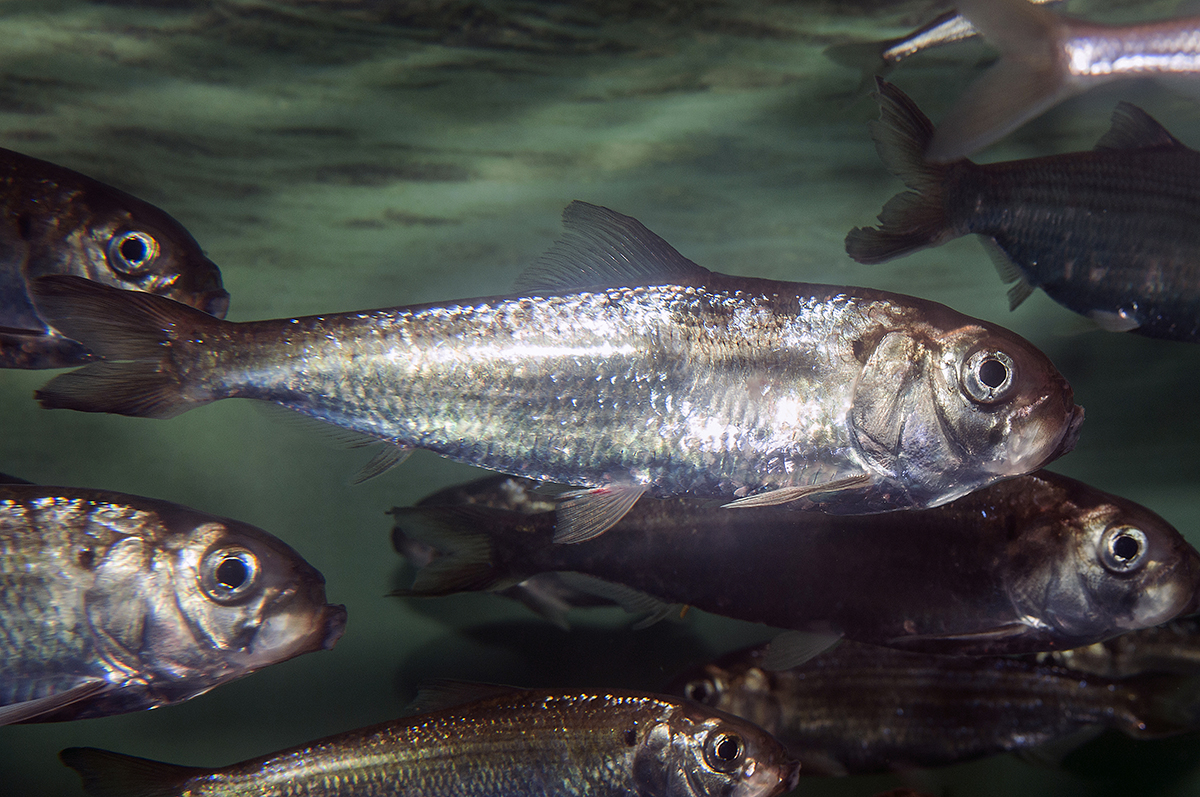 Atlantic menhaden a small fish with an outsized role to play 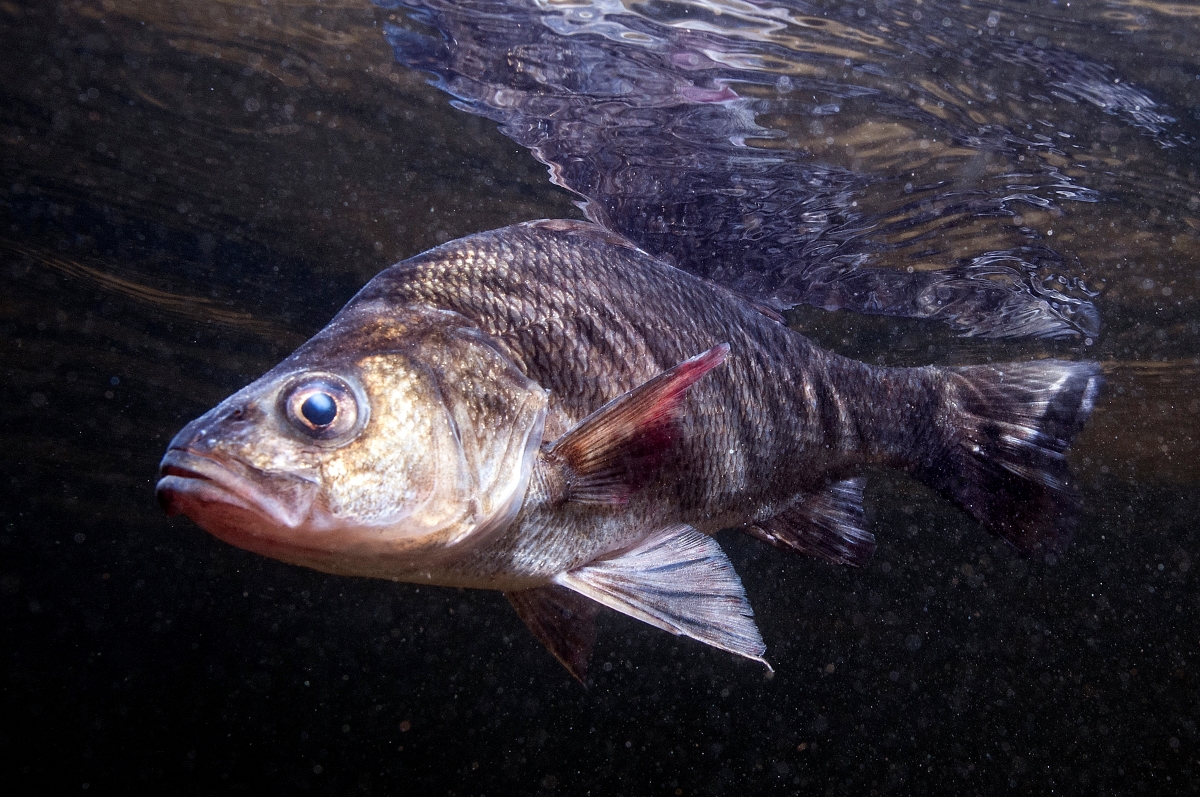 What’s on the line? White perch
Support the coastal news you value.CoastalReview.org is an award-winning, nonprofit news service providing unbiased, in-depth and investigative reporting about issues on the North Carolina coast. Your support makes our work possible. Please join the CRO Press Club or put your business in the Sponsor Spotlight to support the coverage your care about. Learn MoreGive or Sponsor