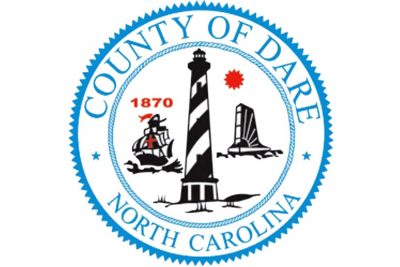 Dare County Board of Commissioners unanimously approved at a special morning meeting Monday a settlement in the case of Bailey v. Dare County that would, in future public health emergencies, classify nonresident property owners, or NRPOs, the same way as residents and allow them the same entry into the county.

In that lawsuit, brought in federal court, the plaintiffs said their Constitutional rights were violated when county officials initially denied nonresident property owners access to the county during the COVID-19 outbreak.

In approving the settlement, Dare County also agreed to pay $16,500 in legal costs, and County Manager Bobby Outten told the commissioners that the settlement was not an admission of fault or liability on the part of the county.

The decision to restrict access to nonresident property owners was a controversial one that spawned fierce and often angry debates on social media and elsewhere.

In an interview, Dare County Manager Bobby Outten stressed that the settlement only applies to public health emergencies as defined by the World Health Organization and would not include hurricanes or other natural disasters.

“There was no point in carrying it further,” he said of the Bailey v. Dare County litigation. When asked why the county had decided to settle, Outten said that original modeling had suggested that the return of nonresident property owners during the pandemic would have overloaded the health care system here. He acknowledged that the modeling had proved to be inaccurate.

“In hindsight,” he added, “the number of people who would have returned as non-resident property owners would not have been significant” in terms of worsening the COVID-19 outbreak in the county.

In a brief interview, plaintiffs’ attorney Chuck Kitchen said his clients were happy with the settlement agreed to by the Dare County Board of Commissioners and, “We are happy that this reaffirms that the Constitution is still in effect, even during a pandemic.”

Mark Jurkowitz is a reporter for the Outer Banks Sentinel.