MANTEO — Without fanfare, and with only one resident speaking during public comment, the Dare County Board of Commissioners approved four zoning amendments as part of a continuing effort to generate what is now called “essential housing” in the county. 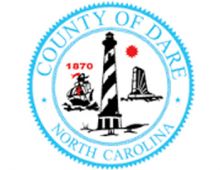 About 11 months after first approving a series of zoning amendments to encourage more affordable housing in a market where the high costs discourage workers from taking jobs here, the commissioners tried again by unanimous voice vote at their Sept. 16 meeting.

The new amendments, which apply to unincorporated parts of the county, allow cluster home developments in eight new zoning districts not included in last year’s amendments. They include an educational housing option, associated with county educational institutions, that would be available in 25 zoning districts. The conditional use subdivisions amendment entails reducing the minimum lot size to 12,500 square feet with a dwelling size limitation of 1,200 square feet. Another change allows housing in conjunction with a commercial use in 17 commercial zoning districts.

In brief remarks, several commissioners at the Sept. 16 meeting lauded the amendments as an important step toward dealing with a very persistent problem.

Commissioner Ervin Bateman recounted one comment he had heard to the effect of “People have been talking about this for a long time, and nobody’s doing anything about it.”

Commissioner Danny Couch said, “We have been a long time in the making of this,” while acknowledging that “it’s not perfect.”

It was in June 2018 when the Outer Banks Chamber of Commerce made a presentation to  Dare commissioners asking them to consider zoning changes, including allowing accessory dwelling units and more multi-family structures and increasing dwelling densities per acre. Last October, they approved those amendments.

during the Aug. 19 commissioners’ meeting, the county publicly tried some new terminology to describe the goal as building “essential housing.” The term “affordable housing” had long been discarded and other variations, such as simply “housing” or “year-round housing” or “workforce housing,” failed to gain much traction.

For the record, the one person speaking at the public hearing on Sept. 16 politely opposed the measure.

Mark Jurkowitz is a reporter for the Outer Banks Sentinel.