RALEIGH – After a brief debate over legitimacy of the move, the state House read in and voted 73-33 along party lines to approve two revised constitutional amendments for the 2018 elections, stripping from one bill a change challenged by environmental groups to take away the governor’s appointment powers over state boards and commissions. 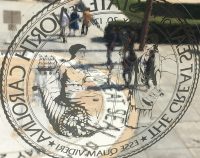 The Senate is expected to vote Monday on identical language.

If approved, the legislation, which is not subject to veto by the governor, would add back to the ballot an amendment to change the appointment of judicial vacancies and an amendment that would reduce the nine-member state Board of Elections and Ethics Enforcement down to an eight-member board evenly divided between Democrats and Republicans. The current board has a ninth member who is unaffiliated.

Earlier this week, a three-judge panel in Wake County Superior Court ruled that the ballot language for previous versions of the proposed amendments was incomplete and misleading.

Legislative leaders acknowledged Friday that they had given up for now on trying to change the constitution in the wake of successful lawsuits by current Gov. Roy Cooper and his predecessor Pat McCrory that upheld the appointment powers of the governor under the state constitution’s separation of powers requirement.

Environmental groups challenged the legislature’s previous proposal, including Clean Air Carolina, which filed a lawsuit earlier this month arguing in part that the change would set up an adversarial relationship between environmental boards and commissions and the Department of Environmental Quality.

Other legal challenges to the ballot remain, but elections officials have set a hard deadline of Sept. 1, to get them printed and distributed in time to comply with federal law.