MOREHEAD CITY – Whatever preconceived notions one may have about environmental activists, Dick Bierly probably doesn’t fit any of them, and he’s OK with that.

Bierly, a retired corporate manager who recently turned 85, is president of the North Carolina Coastal Federation, which is celebrating this year its 35th anniversary. He’s a Republican with a passion for preserving the coastal environment. He rejects the idea that opposing political philosophies must divide folks who otherwise share common dreams and goals, especially when it comes to protecting the natural features that draw so many to the area and drive the economy here. His is a business-minded approach that considers the environment a vital business asset and its stewardship everyone’s responsibility. Bierly says building trust, even when there’s disagreement, is key.

Shining a light on two of our most dedicated supporters: Thank you to John and Nancy and all our CRO Press Club members for their support that makes our reporting possible.

“That’s currency in the bank: trust,” Bierly said. “If people trust your word, there’s nothing more useful in life than that. If your word is good and you’re doing something controversial, that’s money in the bank.”

Bierly was reared in upstate New York and moved to North Carolina from the Westchester County, New York, area. He and his wife Mary became enamored of the North Carolina coast back in 1965, soon after his employer, IBM Corp., first opened in the Triangle region. Bierly was the business machine company’s first personnel manager in Raleigh.

“Everybody kept talking about coming to Emerald Isle and what a great place Emerald Isle is,” Bierly explained. “We spent the Fourth of July weekend in Atlantic Beach. I was impressed with the sense of place – the people, the beaches, the climate – the fact that was a real place, not a manufactured place.”

The Bierlys continued spending their vacations here and eventually, in 1971, they purchased property at 8½ Marina, a new at the time soundside development in Atlantic Beach, which was built in what’s now considered an environmentally sensitive area.

“That was my Shangri-La, my escape,” Bierly said. “Then when Mary and I retired, I wanted a house where I could have my boat out back, so we bought a house on Webb Court (then just outside of Morehead City).”

It was while living there on Webb Court that Bierly started noticing how poor development decisions could put at risk the natural features that make the area a place where people want so much to be. It was a case of “not in my backyard” that became an education in activism.

Bierly and his neighbors had caught wind of a plan to build a waste-treatment facility just down the street, overlooking Bogue Sound. The plant was to serve a proposed condominium complex along the canal that flows into Spooners Creek. Bierly said nearly all his neighbors in the area known as Mitchell Village were upset about the project and many came together to form a committee.

“We had plenty of emotional people, but I didn’t know what the rules were,” Bierly said, referring to requirements of the Coastal Area Management Act of 1974.

The act, better known as CAMA, was created to protect the state’s coastal lands and waters. Bierly gleaned that there was a CAMA permit request related to the project and that the permitting in this case was an extensive bureaucratic process. Someone else on the committee knew that Todd Miller, founder and director of the fledgling North Carolina Coastal Federation, knew well the ins and outs of CAMA.

“Todd came and briefed us one night, and that’s how I met Todd Miller,” Bierly said. “Todd had a booklet. He said, ‘It’s up to you – you’re really affected.’ So, I got familiar with CAMA and the county’s land-use plan. I got involved with studying people and the divisions and I made an effort to really understand: What does the bureaucracy have to say about this?”

The neighborhood association hired a lawyer and eventually reached an agreement with the developer to build single-family homes, rather than condos. After about a year, the city annexed the neighborhood and extended municipal sewer service, eliminating the need for a soundfront waste-treatment plant.

“That took away the one big problem, but it probably took two years,” Bierly said, adding that the fight was a learning experience that could be put to more good use in the community. “I said, ‘What am I going to do with all this newfound knowledge?’ So, I started going to public hearings.”

Eventually Bierly met Irv Hooper of Beaufort, who was a founding member of the Carteret County Crossroads environmental group. Hooper, who died in 2013, was a scientist who worked for 30 years at Bristol Laboratories in Syracuse, New York. After his retirement, Hooper worked part time for 10 years as a chemist at the Duke Marine Lab near Beaufort. Hooper was impressed with Bierly’s grasp of relevant issues.

“He said, ‘How do you know all this stuff?’ Come to Carteret County Crossroads,” Bierly said. “That led to me joining Crossroads and becoming a board member, eventually president.”

Bierly left his job at IBM in 1983 but stayed busy focusing on coastal issues, writing letters to the editor and essays for the Crossroads newsletter. He also got involved with the Outer Banks Wildlife Shelter, the Beaufort Historical Association and other groups. Mary was involved too, volunteering with the North Carolina Maritime Museum in Beaufort, where Dick also volunteered as a tour guide.

“You get to meet a lot of people doing that, and you learn how much they find Beaufort really unique,” Bierly said. “I watched the community grow.”

That growth continued to bring challenges, which Bierly was eager to take on, armed with his newfound activism skills, business mindset and a “non-local’s perspective” on development issues.

“My personal political ideology had nothing to do with it,” Bierly said. “It always troubled me that, at least in Carteret County and in other places, the local officials and the environmental community were adversaries. I was trying to be a voice for reason all through the years.”

It was an approach Bierly drew largely from his experience with IBM. “I’m an old corporate guy,” he said.

That was a different perspective than most developers who had run into environmental opposition were used to, an activist with understanding of their business, Bierly said.

After a few years Miller asked Bierly to join the federation’s board of directors, which eventually made him president.

“Dick got very engaged in the meat of our work after he observed directly how vulnerable our coast was to unplanned and poorly regulated development,” Miller said recently. “He became a serious student of coastal management laws, rules and science, and used his past experience in business and his diverse community connections to apply those lessons. He is exactly the type of volunteer on which the work of the Coastal Federation thrives.”

Local governments up and down the North Carolina coast increasingly turn to the federation for help with stormwater and growth issues. Bierly said that 15 or so years ago, that wouldn’t have been the case. The change came through trust, he said.

“I do think Todd’s leadership style has resulted in greater acceptance. He has great acceptance in Raleigh, more than before, and more and more counties see the federation as being helpful,” Bierly said.

But it was also Bierly’s suggestion that the federation create a president’s council that includes what he called “distinguished prominent people outside the coastal area” that helped build trust.

“It’s given us visibility and credibility. It’s a corporate approach,” Bierly said.

Through his work with the federation, Bierly has become active with the state Coastal Resources Commission issues and public drinking water supply protection. He’s also watching how the North Carolina General Assembly handles matters such as vegetative buffer requirements meant to protect water quality and the ongoing fights over renewable energy. These are areas where Bierly often parts ways with others in his political party.

“The biggest challenges we face include the makeup of the General Assembly and the attitude a lot of them have, getting carried away on these deregulation, rules-reform acts that are throwing well-crafted rules away. It’s a constant battle and every time you get a new array of people in the General Assembly it starts all over again,” Bierly said. “Having effective communications with political leaders is critical, it doesn’t matter which party you’re from.”

And it’s not just the state legislature that’s the problem, Bierly said.

“Trump is guilty of the same thing, throwing the baby out with bathwater. There are no gradations to what they’re doing,” Bierly said of the federal-level push for deregulation and scrapping of environmental protections.

Bierly said he is also confounded by state Republicans’ opposition to renewable energy, especially wind power. It’s not the federal government behind it and it’s not the military, Bierly said. Obviously, the big utilities would rather not see new competition, but there’s big opportunity in renewable energy.

“Policy is written by lobbyists, by special interest groups. (Lawmakers) turn to people in industry and that’s how legislation is drafted, all of it. What I don’t understand is why doesn’t someone jump on the bandwagon. The pro-wind crowd isn’t mobilizing,” Bierly said.

Solar farms and wind farms are desirable, especially in cash-strapped northeastern North Carolina counties, because they produce jobs, rental income and tax revenue and the agricultural land where they are typically sited can still be farmed. And renewables are advancing America’s energy goals, Bierly said.

“I believe strongly that the country should be self-sufficient and we’re getting to the point where we actually export natural gas,” Bierly said. “We have to pursue self-sufficiency and we are close to that. Then we can feel comfortable objecting to offshore drilling, because it’s not essential to the country’s profile and the risk is too great, but it’s going to take a while.”

That risk includes damaging or losing the scenic beauty, ecological diversity, the people and the sense of place that lured him to the coast years ago, all of which, Bierly said, rely on a healthy coastal environment.

“It’s the Karen Amspachers (Amspacher is director of the Core Sound Waterfowl Museum and Heritage Center on Harkers Island), the fishermen, the pilots that bring the ships in at the port. It’s the real thing here and it should be only carefully changed,” Bierly said. “That’s what I tell the real estate agents: ‘We’re trying to protect what you want to sell because it’s why people want to be here.’” 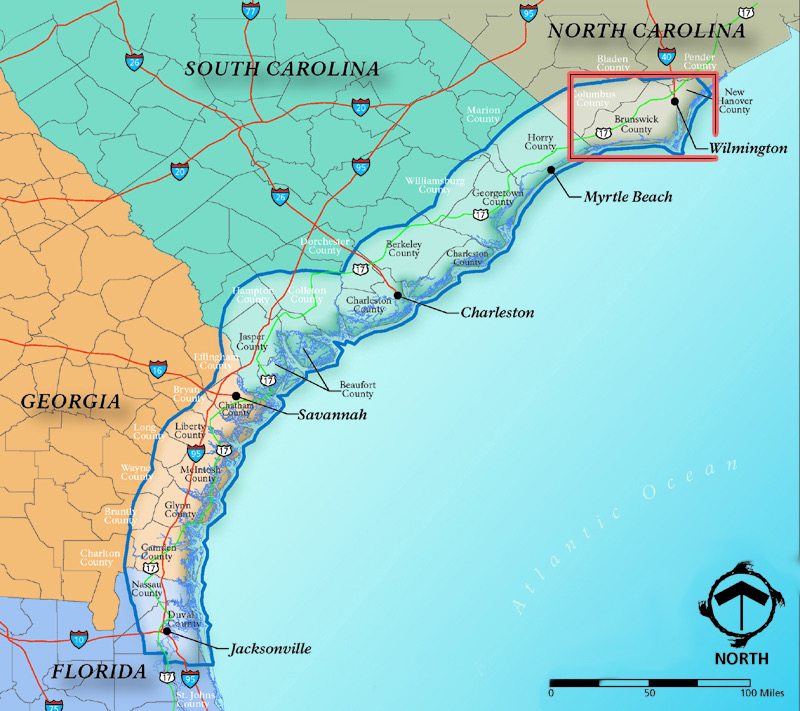 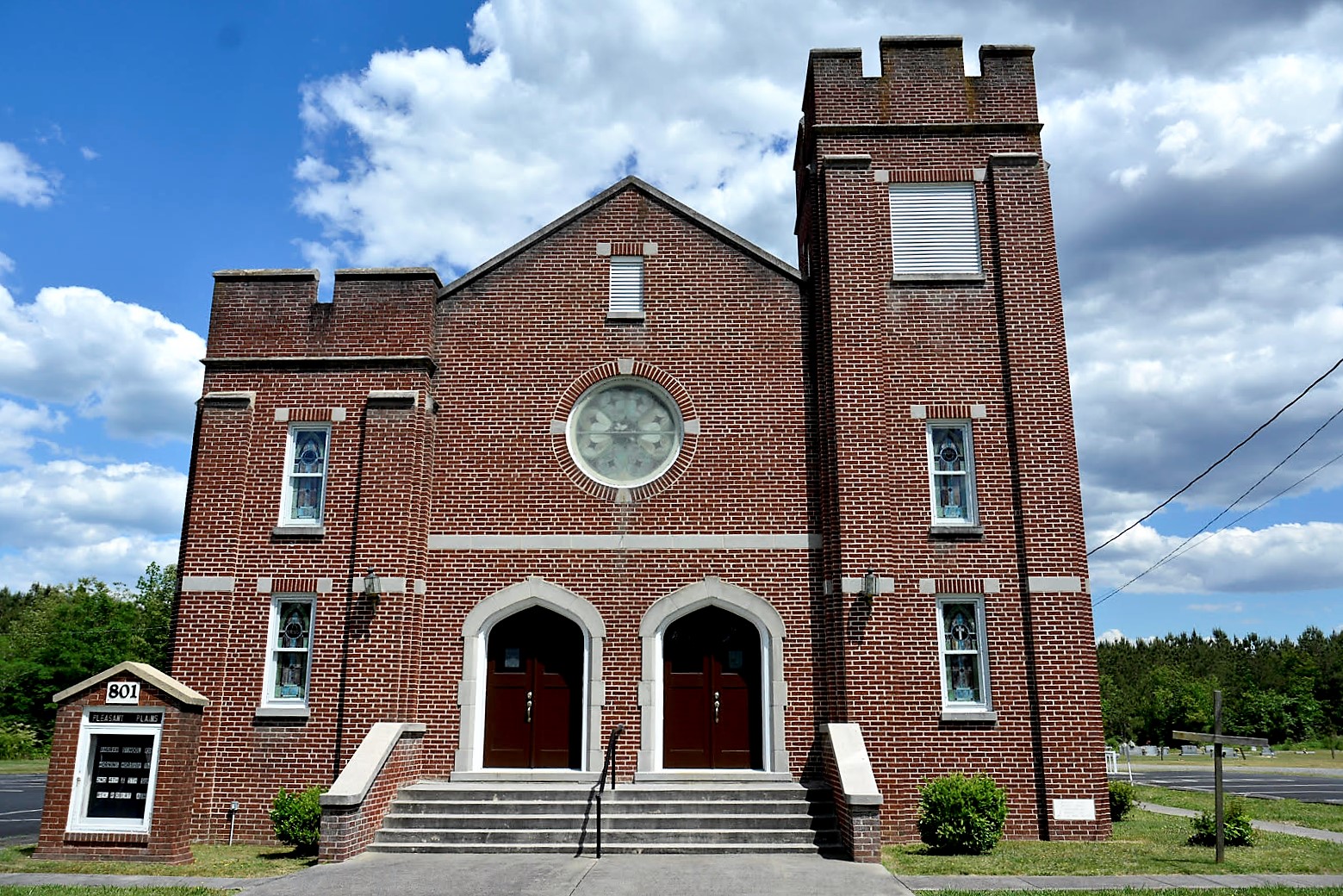 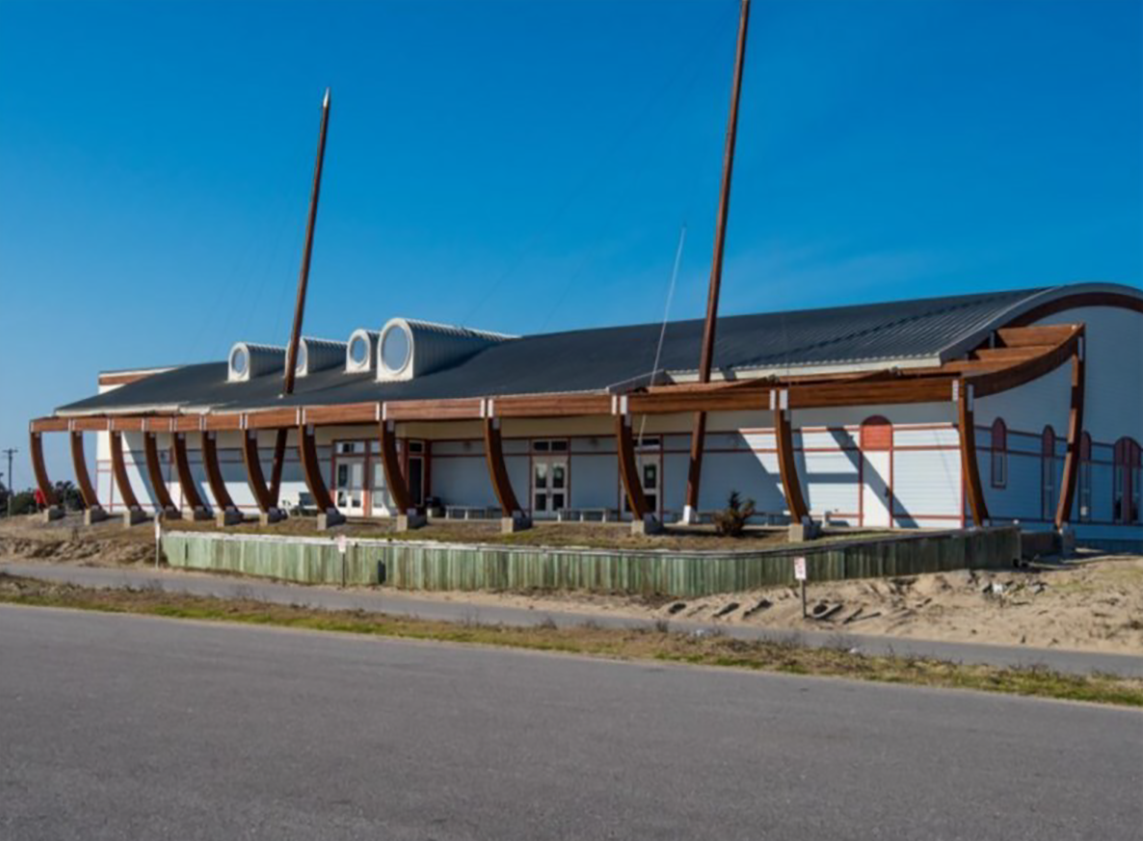 For first time, Hatteras museum on track for state funding

Our Coast’s History: The Herring Workers
Support the coastal news you value.CoastalReview.org is an award-winning, nonprofit news service providing unbiased, in-depth and investigative reporting about issues on the North Carolina coast. Your support makes our work possible. Please join the CRO Press Club or put your business in the Sponsor Spotlight to support the coverage your care about. Learn MoreGive or Sponsor