Going into the 2015 legislative session supporters of state parks had rallied around a simple goal: raise $100 million for the 100th anniversary of the state park system. 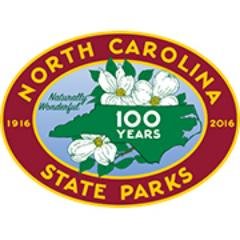 The plan was to raise $75 million from the state and $25 million from private sources. Although it has taken a long, circuitous route, that goal is much closer and now rests in the hands of the voters in Tuesday’s primary election. The package includes more than $11.4 million for state parks on the coast.

The park package is one of the major pieces of the ConnectNC bond, a $2 billion plan for infrastructure spending for parks and the state zoo, higher education, local government water and sewer, agriculture research and National Guard facilities.

Not as much bond money will be spent on parks as is earmarked for higher education, but both feature a wide geographic distribution.

“We have 41 parks and 45 projects,” said Charlie Peek, state parks system spokesman. “We tried to get as broad a brush with this as possible.”

The projects themselves vary as well, from new facilities and campgrounds to land acquisition for conservation, Peek said.

David Pearson is the as president of the statewide Friends of State Parks, a support group. He’s also chairman of Friends of Hammocks Beach, a local group that support that state park in Onslow County. Throughout the process, he said, there was a commitment by parks supporters and other stakeholders to stick to the idea of assisting every park in the state.

“We wanted to make sure every park had a project,” Pearson said. Since many of the parks already have established priorities, he said, planners were able to more quickly identify which projects to fund.

The other key priority was to come up with a list of projects that were long-term investments. “They had to have an economic life cycle that would outlive the payback for the bond,” Pearson explained.

One result, Pearson said, is that the bond would allow the system to finish a long-sought goal of having a visitors’ center with offices and exhibit space at every park. Another result was a concentration of money toward land purchases.

“A lot of what’s in the bond is land acquisition,” he said. “Once something becomes public land, it’s public forever.”

While many of the projects were drawn from master plans or long-established priorities at specific parks, plans for Hammocks Beach State Park near Swansboro that would fund a boat ramp and other enhancements for the mainland part of the park are somewhat less firm.

Peek said about $1.13 million is set aside in the bond for the park. The money is intended to support the recreational potential for about 300 acres that were added to the mainland portion of Hammocks Beach last year.

Pearson said $100,000 of the bond money funds has been budgeted for a consultant to study the property starting this year and begin work on a required master plan. He said the park has already received a commitment from Onslow County for an additional $1 million for the project. County officials have told state parks that they would like to see a regional boat ramp developed on a portion of the property.

The court settlement last year with John Hurst and his sister, Harriet Hurst Turner, gave the land to the park. It allows Turner to develop a children’s camp at a former 4-H Club camp on the property. Pearson said the hope is that the new master plan would include an environmental education center.

He said he expects to see extensive public input and discussions as the process moves forward this year.

Pearson said that until details and plans are settled an exact location of the boat ramp can’t be determined and once it is, it would be subject to a full review by the state. He said two potential areas talked about so far are on Queens Creek near the future education area or near an existing boat ramp next to the park maintenance area.

Areas farther up Queens Creek have been ruled out because of shallow waters and oyster beds, he said.

“Right now, there isn’t any concrete location,” Pearson said. “Until the master plan is done there probably won’t be one.”

The master plan could also not include a boat ramp.