With the Carolina Panthers pounding away in California in preparation for football’s 50th Super Bowl on Sunday in Santa Clara, there are officially no panthers in Carolina.

But note that word “officially.” If you talk to people, and read enough on the Internet – yeah, we know how reliable that is – you begin to wonder if there are real panthers somewhere in North Carolina. And when you talk to folks at the N.C. Wildlife Resources Commission, you wonder even more, even though you get the feeling they wish you’d quit wondering and just accept the official line, which is there hasn’t been a confirmed panther sighting in North Carolina for well over a century.

For example, Brad Howard, a certified wildlife biologist and the private lands coordinator for the Division of Wildlife Management at the N.C. Wildlife Resources Commission, acknowledges that he and his agency get reports of cougars – panthers by another name, as are mountain lions – fairly often, from the mountains to the coast. Few large animals have generated more wildlife lore. Some even say they’ve seen black panthers, like the ones on the football players’ helmets, and some say they’ve seen the standard yellowish brown ones.

“I don’t tell people what they’ve seen,” Howard said recently. “I just tell them that we haven’t seen any proof – any pictures or tracks or other hard evidence – that there are panthers in North Carolina.”

That didn’t matter to Jerry Richardson, the former NFL player who brought the expansion team Carolina Panthers to Charlotte in the mid-1990s and is still the owner. According to several sources on NFL team names, his son, Mark, the team’s president, just chose the name because “it’s a name our family thought signifies what we thought a team should be—powerful, sleek and strong.”

Nor did it matter from 1969-1974, when the Carolina Cougars, owned by Jim Gardner, Hardee’s founder and future congressman, started bouncing red, white and blue basketballs as an American Basketball Association franchise.

But it does matter to some people. Take Jeff Aydelette, editor of Compasssnews360.com, an online publication that covers Pamlico County. In the last decade, his website has run three stories about sightings of black panthers – not Huey Newton, that would be too much like spotting Elvis – and says they are easily among the most read, most commented-upon stories in the publication’s history.

Aydelette says that even when he published those stories, he was a big doubter. It was fun, and he wanted to believe his readers, but he was, to say the least, skeptical. Until three years ago, that is, when he knows darn well he saw one while he was driving along a Pamlico County backroad. It flashed across the path of his vehicle at breakneck speed, like a streak of black lightning, he said last week.

In one of his stories – one that he didn’t believe so much at the time – Aydelette wrote about a woman named Maureen Bivona, who said she had an encounter with what she believed to be a black panther. At the time, Bivona was riding her bike on Janeiro Road near its intersection with Kershaw Road in the southeast corner of Pamlico County.

“After my interview with Bivona,” Aydelette wrote at the time, “I conferred with both state and federal biologists who explained, quite convincingly, that the habitat, breeding range and general terrain of our area could never host such an animal. Yet, several experienced, local hunters quietly confirmed Bivona’s report. However, they refused to go public with their stories for fear that prime local hunting grounds might be closed to preserve an endangered species.

“Other readers called to describe nighttime, plaintive howls unlike those of more familiar local creatures. Unfortunately, Bivona died … I have long wished she had taken her camera along on that biking excursion.”

There is even, he said, a somewhat plausible, if legendary, explanation for why there might be panthers, black ones, in Pamlico. One reader related, in a response to a 2011 story in the Compassnews, that her grandmother told her grandkids that a circus boat ran aground in the county and male and female panthers escaped.

Then there are the McCallisters in Hubert, near Swansboro in Onslow County. Both are convinced they saw a panther, separately, at about the same time, at Camp Lejeune Marine Corps Base in nearby Jacksonville.

“I was driving down Lyman Road, headed to the (base) hospital,” said Karen McCallister. “It ran right across the road, right in front of my headlights.”

Her husband, Mac, saw it in the same general time frame, while he was hunting deer in the same area.

“It was coming out of the swamp,” recalled the retired gunnery sargeant.

Of course, Karen added, both sightings were somewhere around 30 years ago. “So it’s probably dead now,” she said. Her husband added that he hasn’t heard of anyone seeing one since then.

Howard, of the wildlife agency, will not definitely say they’re wrong. That slight concession, said Aydelette, represents an evolution of sorts. “Back a few years, they would just say it (seeing one) was wrong. There weren’t any,” he said. “I’m glad to hear they’ve maybe changed that a little.”

What Howard says, now, is this: Eastern cougars are believed to be extinct, and they were not black; they didn’t have a melanistic phase. Jaguars, leopards, the jaguarundi and even bobcats do, rarely, have black coats, and it’s “possible” but very unlikely that one or more, held illegally as pets, could have escaped somewhere.

“Theoretically,” Howard said, “it’s possible. But to my knowledge, in North Carolina, wildlife law enforcement has not ever had such a report.”

Nor does he know of any credible report of a large black cat – big enough to be a panther or any of those other animals – having been hit by a vehicle, something that would seem likely were they indeed here.

Another problem with the legends, Howard said last week, is that cats don’t live all that long, and the legends have been around a long, long time. These big cats, he said, “can’t exist without some form of genetic exchange,” which means new, unrelated cats have to enter the population from somewhere.

That, he said, is part of the problem with the Florida panther, which does exist, and has a Miami-based National Hockey League team named after it, and is endangered (Not the hockey team; it’s a good year for sporting Panthers, as they are in first-place in their division.)

That does not mean, however, no one in the state will ever see a cougar or panther again. There’s at least one documented case of a Florida panther making it almost as far north as Atlanta. And cougar, which now are found primarily in western states, are expanding their range, Howard said. They’ve been spotted in Kentucky and Tennessee, he said.

Michelle LaRue is a research ecologist at the University of Minnesota and executive director of the Cougar Network, which is the only research nonprofit that focuses on cougar range expansion in North America. In a recent blog, she agreed with Howard that there is no compelling evidence that black panthers ever existed in the United States.

“Black panthers have been part of modern lore in the United States for more than 100 years, despite the lack of any compelling evidence of their existence,” she wrote in August. “I am frequently sent photos of misidentified felines and also often hear stories about black panther sightings … I’m quite skeptical. If black panthers existed in the wild in the United States, we should at the very least be seeing them killed on roads.”

All these black panther sightings, turn out to be housecats, she wrote.

Ivia Nathaniel, one of those Pamlico County residents mentioned in the stories Aydelette wrote, would not likely be convinced. She knows what she’s seen, at least twice. In a self-penned article in his publication in January 2013, she put it this way:

“Coming home Wednesday night, Jan. 16, at approximately 7 p.m. on Neuse Road, about 1,500 feet from the corner of Scott Town Road, a sleek black long slinky cat sloped across the highway, barely missing the front grill of my car.

“The cat jumped like it was floating. It made one big leap and landed approximately 10 feet from my car, but on all four of its feet.

“Many Pamlico People don’t believe we have these things. But I know we have black panthers, bobcats, plenty of bears, coyotes, and mountain lions (cougars).”

And, she added, before that, “Approximately five years ago coming from fishing on Goose Creek Road – an area we call Orange Swamp – I came around the curve and there stood a big rusty-colored cougar with long whiskers on its face with such a mean, vicious look. I always tell people with small children to be watchful. These things are the prowlers of Pamlico County.”

This video was shot in Pitt County four years ago. “Black” panther or big house cat?

A Cat of Many Names 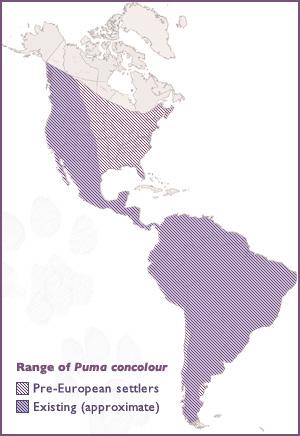 Panther, cougar and mountain lion are just a few of the names for puma or felis concolor, America’s lion.

They once ranged more extensively than any other mammal in the Western Hemisphere, from the Canadian Yukon to the Straits of Magellan — over 110 degrees in latitude — and from the Atlantic seaboard to the Pacific Ocean. The animal’s wide distribution helps account for all those names. Each native tribe and group of European explorers gave the cat a different name. Today, mountain lions are listed in dictionaries under more names than any other animal in the world. Writer Claude T. Barnes listed 18 native South American, 25 native North American, and 40 English names for the same animal. Depending on the region and native language, common names for the American lion include: mountain lion, cougar, panther, puma, painter, el leon and catamount.

Many people have heard the term “black panther,” but these are actually melanistic jaguars or leopards: a genetic trait that makes an individual cat’s fur appear much darker than the usual coloration. To date there has never been a confirmed case of a melanistic mountain lion.

Early records of North Carolina mammals indicate that the Eastern cougar’s populations declined in the state throughout the 18th century as a result of persecution, hunting, loss of habitat and the parallel decline of its major prey species, the white-tailed deer. It’s thought that by 1900, the Eastern cougar was extinct in North Carolina, as it was elsewhere east of the Rockies.

The Cougar’s population has since steadied and is even expanding in some Midwestern states, but the Mountain Lion Foundation thinks no more than 30,000 animals live primarily in 14 western states. A small endangered population in Florida is the only one on the East Coast.

1913 storm thrashed ships, and a rescue led to accusations

An epic Outer Banks bike trip in 1971 changed teens’ lives
Support the coastal news you value.CoastalReview.org is an award-winning, nonprofit news service providing unbiased, in-depth and investigative reporting about issues on the North Carolina coast. Your support makes our work possible. Please join the CRO Press Club or put your business in the Sponsor Spotlight to support the coverage your care about. Learn MoreGive or Sponsor