The celebration of Thanksgiving is largely viewed as a tradition that was started in 1621 in Plymouth, Mass., by early Pilgrims indebted to be alive in a new world. The Pilgrims feasted with the native Wampanoags, an Algonquin tribe that taught them how to cultivate and farm the land and, thus, essentially saved their lives.

However, long before these colonists sailed to North America, cultures from around the world conducted similar ceremonies of thanksgiving for the blessings of the Earth.

Today, the holiday is a time for families and friends to gather, enjoy good food and reflect on the things that we appreciate in life. 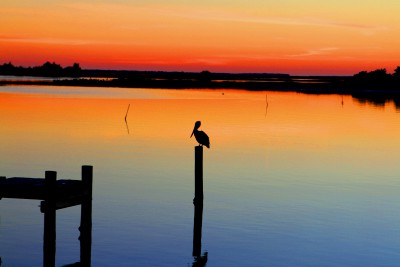 I have had the pleasure to live on the coast of North Carolina for almost all of my adult life. To be surrounded by the ocean, the beaches and the estuaries is something that I often take for granted and sometimes don’t appreciate as much as I should. Over the past few weeks I’ve been reflecting on the traits, some subtle, some not, of this unique, beautiful environment. So, in honor of Thanksgiving, I want to present a few of the virtues of the coast for which I am thankful.

If you are attentive, you can sense the presence, sometimes miles away, of the ocean without even seeing it. The smell of the ocean drifting on the sea breeze can leave a lasting impression. The unequaled aroma of the ocean is a smell that people never seem to forget. I remember riding to the beach as a child with my brothers and sisters and our heads hung out the window like dogs to see who could be the first to smell the ocean. 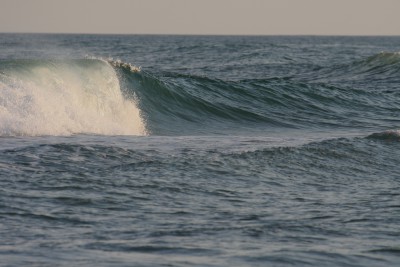 But what is that delightful smell that permeates the air? Well, to my dismay, I have discovered it isn’t mermaid perfume. The scent comes from a gas produced when bacteria eat phytoplankton, a very small plant that floats near the surface of ocean waters. Not too exciting, huh? What is exciting, as it rises into the air, this gas will oxidize and form clusters big enough to absorb water vapor that can eventually form clouds.

For those living at the beach, the sound of crashing waves, is the constant reminder of a vast ocean. However, as a part of everyday life, it can sound like white noise, a sound without any meaning until it is silent.

Where I live on Bogue Banks, a north wind will smooth out the incoming waves and blow out to sea any sound. This is about the only time you can’t hear the ocean. But the rise and fall of the swells can still be heard in the mournful groan of a whistle buoy near the inlet channel. Even on the calm days, the smallest waves can carry a resonance well into the interior of the barriers islands. If you listen closely, the voice of the ocean can reflect its personality, be it a whisper or a shout. For me, I find the sound of the ocean to be comforting no matter the disposition of its roar.

Near the beach, the lumpy sand dunes seem to move as the feathery filaments of sea oats dance in the wind. Caught in the golden glow of the setting sun, the seed heads almost look like the flame of a candle. Throughout the seasons, the dunes are decorated with flowering Indian blanket, little bluestem, goldenrod and yucca.

As a kid, I used to stomp along the dry loose sand at the base of the dunes, causing the sand to make a barking or squeaking sound. Walking out onto the beach, even today, I am still amused by the sand as it barks under my bare feet on a warm summer day. Barking sand is caused when the surface layer of fine dry quartz sand grinds against adjacent sand layers. 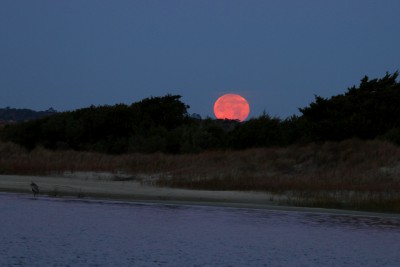 The ocean has an instinctual draw within all of us. It’s hard not to just stare out into the horizon and be mesmerized and hypnotized into a tranquil state of being. Swells, rising and falling in the distance, come rolling in. This pulse of the ocean is tangible, something that we can see and feel. Any swimmer, surfer or boater has felt this pulse surge over, under and through them.

The ocean is my moody friend, alive, with a dynamic, ever changing personality, influenced by the wind, currents and tides. Its waves, reaching the end of their journey, pitch and spill, race up the sloping beach before being sucked back into the sea, unable to escape, forever sequestered within the rim of the oceans.

I love the open horizons with their unobstructed views of the landscape. You hear about Big Sky country out West, but it has nothing on the coastal skies of North Carolina. Sunrise and sunsets are magical here, over the ocean, the marshes or through the dunes. The mixing of red, pink, orange and yellow colors splash across the skies like light streaming through a stained glass window. The colors reflect down on the dead slick, calm marsh water, creating a mood that nourishes the soul.

And the moon, how I love a fat, silvery full moon lifting out of the ocean and dripping its moonbeams onto the sand. Even a moonless night has a grace all its own with billions of stars twinkling across the heavens while the crashing surf zone sparkles with bioluminescence. While miles away, a lone thunderstorm can be seen drifting out to sea. Each flash of lightening explodes like a firecracker inside the cloud, illuminating the fluffy cotton ball formation for only an instant.

Then there is the wildlife. We have elegant dolphins and whales leaping out of the water, ancient sea turtles crawling across the sand and statuesque great blue herons silently guarding our marshes. A diversity of wildlife that has adapted and struggled to live among humans, bringing us joy and wonder.

Thanksgiving holidays and the coast have always been a part of my life. I remember many beach walks with my brothers and sisters along with laughing nieces and nephews with dogs running about. During my career as a park ranger I was required to work alone on many Thanksgiving holidays. I must admit, I often preferred it, with the coast as my companion, I was never alone.

To spend the days alone patrolling the marsh waters and barrier islands of our magnificent coast never felt like work, it was an honor and a privilege. For that I am forever thankful. 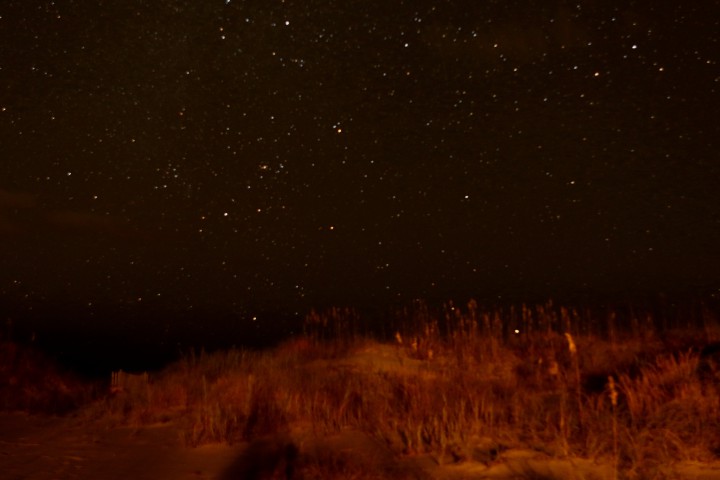