Opponents of offshore drilling edged out supporters among the North Carolinians who would likely be most affected by drilling for oil and natural gas off the state’s coast, according to the results of the first opinion poll on drilling in the state’s eight oceanfront counties.

Forty-six percent of the respondents in the poll commissioned by Coastal Review Online were opposed to drilling, while 42 percent favored it. The rest were undecided.  With the poll’s four point margin of error, it’s pretty much a toss-up.

The poll does, though, contrast sharply with a statewide industry poll done earlier in the year that found that more than 70 percent of the state’s residents favored offshore drilling.

“I don’t think it’s a slam dunk for a lot of people unless you’re a die-hard environmentalist or in the drill-baby-drill crowd,” noted Jim Williams, who conducted the poll for Public Policy Polling of Raleigh.  “For most people, there’s a lot of gray.” 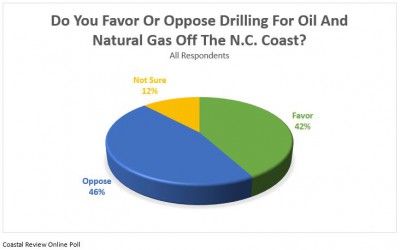 In keeping with similar polls, the survey found huge differences in opinions based on party affiliation and gender. Almost six in 10 self-identified Republicans favored offshore drilling, while 27 percent of Democrats did. Support for drilling among those who said they weren’t affiliated with either major party fell in between at 38 percent.

A third of the women surveyed supported offshore drilling and more than half opposed it.  The numbers for men were reversed at 51/40.

Most of the poll numbers are in line with national and statewide polls on offshore drilling, noted David McGowan, executive director of the N.C. Petroleum Council. The council is affiliated with the American Petroleum Institute, the largest industry group in the country.  He was, though, a bit surprised by the big gap in support between Republicans and Democrats. The statewide poll that the institute commissioned in January found support by party affiliation was 90 percent among Republicans, 65 percent among independents and 55 among Democrats.

“People on the coast have heard more about this, and due to their proximity, they have more at stake and have more concerns about this,” McGowan said. “So it makes sense that there would be a little more opposition in those eight counties.”

Todd Miller, the executive director of the N.C. Coastal Federation, draws a deeper message from the poll results. The federation has historically opposed drilling off the state’s coast.

“These results confirm that the more people learn about the facts of offshore oil and gas development the less they like it. Earlier polls showed much less public opposition,” he said. “It will be interesting to watch how this issue plays out politically since there appears to be a pretty strong, almost seismic shift, in public attitudes regarding drilling.”

About 60 percent of the respondents thought that drilling would likely lead to positive benefits for the state: more jobs, increased revenues for state and local governments and greater energy independence for the country.

But they also worried about the possible negative effects. More than half thought that the coast’s multi-billion-dollar tourism industry would likely be adversely affected. More than six in 10 thought recreational and commercial fishing would likely suffer and almost that many thought that a major spill or accident was likely. Almost three-quarters of the respondents said drilling would likely lead to an oil refinery, pipelines, gas processing plants or other oil infrastructure being built on the N.C. coast.

“Even people who are inclined to support development offshore are concerned about the possibility of a spill,” McGowan said. “I’m concerned about it, but that’s the reality of the situation.”

The mixed poll results reflect the emotions and opinions that we saw expressed in the last four days of CRO’s series on offshore drilling. Reporters traveled the coast from Calabash to Corolla, talking to dozens of people about offshore drilling. The reactions and opinions were mixed and many who said they supported drilling had misgivings about what its adverse consequences could be.

Large numbers of poll respondents also thought drilling would be both good and bad, Williams noted. “I was a little surprised that people sort of believed everything, the good stuff and the bad stuff,” he said. “I think you have competing emotions. People want the jobs and the added energy independence, but they’re worried about the environment and the tourist economy. At the end the day, though, the bad stuff outweighed the good stuff because opponents outnumbered supporters.”

Support for drilling was highest in Onslow County, where more than half of the respondents were in favor of it, and lowest in New Hanover County, where about a third of those surveyed favored drilling. Hyde was the only other county where supporters outnumbered opponents, 45/31. Some of the individual county results, though, have to be viewed cautiously because of the small sample size, Williams said. Those Hyde numbers, for instance, are based on fewer than 10 respondents. 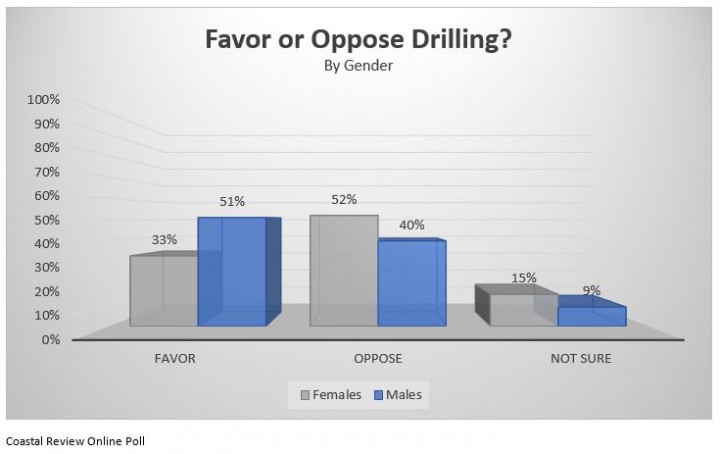 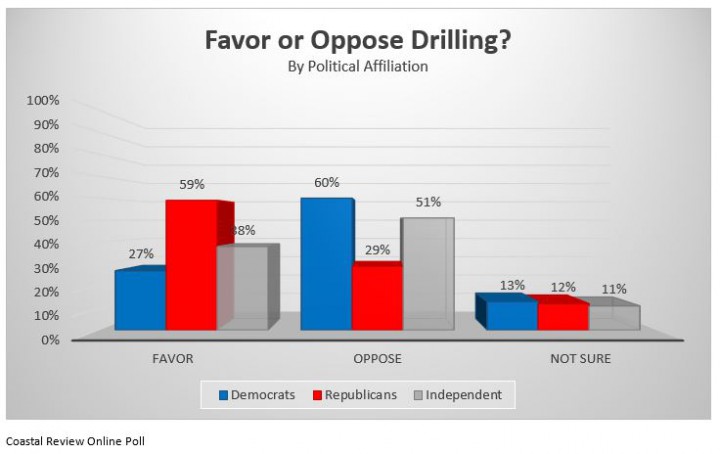 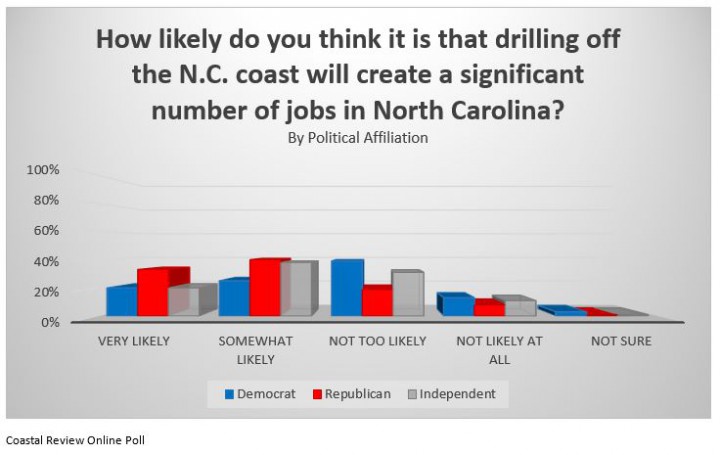 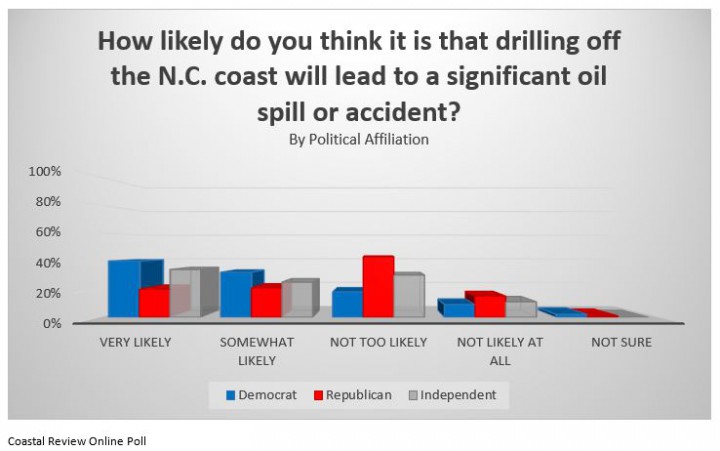