The long Memorial Day weekend traditionally marks the beginning of the tourist season here on the N.C. coast when the 300 miles of sandy beaches become havens for visitors longing to get away from the daily grind.

A relaxing week lounging under the sun with a good book or hitting some of the coast’s famous historical sites is just the ticket for many of the thousands of vacationers who visit each year. 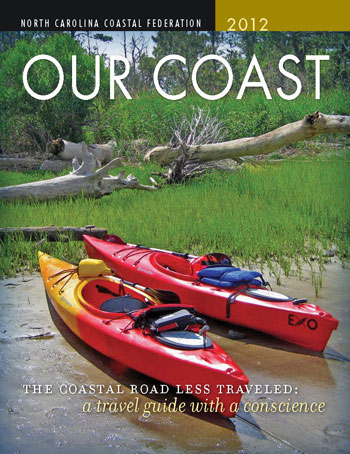 For those who want to experience more of what the coast has to offer, there’s a host of special places along the coast and unique events held throughout the summer. You’ll find many of them described in Our Coast magazine, a new annual publication of the N.C. Coastal Federation.

Frank Tursi, a federation assistant director and the magazine’s editor and lead writer, calls it “a travel guide with a conscience.” Unlike other travel guides, Our Coast features places that were once threatened by development and are now protected because people fought for them, he explains.

In the case of Bird Island at the end of Sunset Beach near the S.C. line, the fight to save the island from development lasted a decade and involved thousands of people from across the county. It ended with one of the great conservation victories in state history when the state bought the land and protected it.

At the other end of the coast are some of the wildest wildlife refuges on the East Coast. We can thank the fishermen and residents of the northeast coast who joined the federation in the early 1980s to chase away strip miners, who wanted to mine the peaty soil and convert it to fuel.

The state eventually denied the permits, and 93,000 acres of the proposed strip mine now forms the core of the Pocosin Lakes National Wildlife Refuge, home to endangered red wolves and a host of birds, reptiles and mammals.

Our Coast also features the White Oak River along the central coast where thousands of volunteer have worked to restore oyster reefs and salt marshes. You can, too, this summer. The magazine describes how you can volunteer for a few hours to make our coast a better place, Tursi said.

“People of goodwill and good sense can win,” he said. “The stories in Our Coast show that if they band together and fight hard enough and long enough, they can overcome powerful economic and political forces to protect the places they treasure. And the places they treasure can go on to become economic forces of their own in terms of tourism and fishing.”

Look for the magazine this weekend and throughout the summer at restaurants, museums, visitors’ centers, state parks and other tourist destinations.

Other Ways to Enjoy the Coast

We can’t get everything in a magazine, though . So we thought we’d add a few more things that interest us. Whether you want to get your hands dirty building an oyster reef or if you prefer a bit more of a passive activity like attending one of the many environmental educational courses offered along the coast, there are a variety of ways you can experience the coast’s natural wonders. 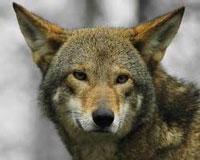 The Sound of a Howlin’ Wolf: Tuck that beach umbrella away and take a walk on the wild side at the Alligator River National Wildlife Refuge, the only place in the country where red wolves still roam in the wild.

It’s there within 150,000 acres sprawling across Dare and Hyde counties that visitors get the opportunity to call the wolves.

Visitors learn about the history of the red Wolf and the refuge’s efforts to re-introduce them into the wild. Following the presentation, participants are led by a guide as they caravan into the refuge.

“The guide will howl to call the wolves, then the group is asked to howl,” Fauth said. “It’s really the only opportunity to do anything like this with red wolves. The only other place they exist is in captivity.”

The experience is a bargain at $7 a person over the age of 12. Bring a flashlight and wear appropriate clothing. Tours begin in June. Here’s more information.

Not Your Average Bear: Take a bear tour offered at Pocosin Lakes National Wildlife Refuge on the Albemarle-Pamlico peninsula. Educational tours are offered in the afternoon and evening. Each tour lasts about three to three-and-a-half hours in an open-air passenger tram. View the tour schedule here.

Monkey Island Paddle: Grab a paddle for a kayak eco-tour to Monkey Island, an isolated isle off Corolla in the northern Outer Banks. Paddlers can explore the waters around the island, learn about the island’s history and view roosting wading birds, including osprey. Here’s more information.

Cruise the Pamlico: Explore the habitats and learn about the history of the Washington waterfront on a River Roving Educational River Tour. Boat cruises on the Pamlico River are offered Wednesday through Saturday. Tours are free. 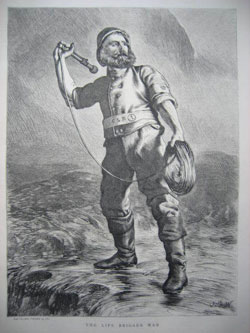 Ocracoke History: Learn about the life and history of the local Ocracoke waterman and get a taste of the old-time fishing village by visiting the Watermen’s Exhibit and Education Site at the Community Square docks in the old Jackie Willis Store and Fish House where the mailboat “Aleta” used to dock. This historic building by itself is an enduring piece of Ocracoke history. The Watermen’s Exhibit, funded by a grant to the Ocracoke Foundation, has hands-on activities and classes that will focus on wildlife, fishing and the environment. You will see an oyster exhibit, a model of a pound net, a sink box and other interesting displays and books about being a waterman. Vintage photos, decoys and antique fishing tools will also be on display.

Springer’s Point: Springer’s Point covers about 90 acres of maritime forest bordering Pamlico Sound near South Point on Ocracoke. In 2002 after 10 years of research and negotiation, the N.C. Coastal Land Trust bought about a third of the point for a nature preserve. A high point of land overlooking the inlet, Springer’s is believed to be the site of the earliest settlements on the island. Supposedly Blackbeard met up here with some fellow pirates here shortly before his death in 1781.

A half-mile stroll along the groomed trail takes you among the gnarled and ancient live oaks and maritime evergreen forest to the water’s edge, where a rookery of heron, egret and ibises can be spotted to the east.

The land trust and the federation are partnering on a project to rebuild marshes eaten by erosion. Volunteers are always needed. Check the federation’s Events Calendar for planting days.

Life Under the Pier: Federation educators will take you on an exploration of the sea life under Jennette’s Pier in Nags Head every Thursday throughout the summer. Check the Events Calendar for more information.

Kayak and Yoga: If you prefer more peace and relaxation, you may enjoy a kayak/yoga trip along the White Oak River to Jones Island. After learning about conservation and restoration projects taking place on the island during the 20-minute paddle, participants will be lead by a certified instructor in a gentle yoga session on the island. Check the federation’s Events Calendar for dates.

Cruise the White Oak: If paddling’s not your forte than step aboard a marsh cruise at Hammocks Beach State Park in Swansboro. Guests hear about why the waters that make up the estuaries in and around the White Oak River and Bogue Sound are so special. Here’s more information.

Explore Down East: The Core Sound Waterfowl Museum and History Center on Harkers Island provides a variety of programs in addition to educating guests about the rich history of the area.

Hike Rachel Carson: Free field trips are offered twice a week on the Rachel Carson Research Reserve near Beaufort from June through August. Three types of field trips – nature hikes, boardwalk trips and circumnavigation cruises – are available to the public.

Build an Oyster Reef:  The federation will host a series of habitat restoration days on Jones Island throughout the summer. Get your hands dirty piling oyster shell bags in the water, picking up trash or monitoring the restored salt marshes and oyster reefs. Check the federation’s Events Calender for days and dates.

Kid Scientists: For the child who wants to do more than dig up sand fiddlers on the beach, there’s Ecological Marine Adventures at Topsail Beach in Pender County. The marine education center offers a hands-on learning experience through a variety of programs, including a free public aquarium/marine exploration lab. You may sign your child up for one of a series of marine science courses offered throughout the summer.

Get to Know Turtles: Get up close and personal with sea turtles recovering at the Karen Beasley Sea Turtle Rescue and Rehabilitation Center on Topsail Island where guests learn how volunteers care for injured and sick turtles until they can be returned to the wild. Public tours begin June 8.

Meat-Eaters: Go further inland in Pender County to explore meat-eating plants. Holly Shelter Carnivorous Plant Adventure is scheduled for June 9 in the Holly Shelter Game Land, home to an abundance of Venus flytraps, pitcher plants and sundews. The minimum age for the tour is 14.

Critters of Wilmington: Follow a wildlife biologist and explore the animals and plants around Greenfield Lake in the heart of Wilmington. Cape Fear River Watch hosts the nature tours, where guests will see and learn about the lake’s inhabitants, including alligators, waterfowl and turtles as well as the Cypress trees gracing the property. Cape Fear River Watch also offers a paddle series every third Saturday, where paddlers get to explore various tributaries within the lower Cape Fear River.

Snakes and Things: Visit the only museum on a barrier island in the state and enjoy a variety of fun, family oriented educational programs. The Museum of Coastal Carolina on Ocean Isle Beach hosts a series of events throughout each week beginning Memorial Day weekend. Learn about what’s in the waters underneath your feet in the Atlantic in a Wednesday program titled “Who Are You Swimming With?” or meet venomous and non-venomous snakes up close and personal on Thursday evenings during “Snakes Alive!”