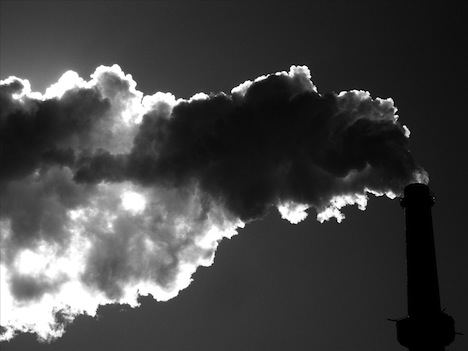 RALEIGH — Four of the state’s five largest producers of toxic air pollutants are in Eastern North Carolina. Each year, they emit millions of pounds of chemicals that can make people sick or even kill them.

The state has a program designed to control those emissions and protect people’s health.

Some of the state’s largest companies and business and industrial organizations have lobbied Republican lawmakers, who hold a majority in the N.C. General Assembly, to abolish or modify the state program. A bill to kill the program was introduced in the waning days of the legislature last year, but was hurriedly withdrawn after public protest.

Republican legislators now want to scale the program back to remove what they say are overlapping federal and state environmental requirements that cost businesses time and money.

The legislature’s Environmental Review Commission will discuss the proposed changes when it meets Thursday in Raleigh.  A bill to modify the program may be voted on during the legislative session starting in May.

PCS was among the five companies that asked the legislature last year to kill or modify the state program that regulates those emissions. The others were Duke Energy; Domtar Paper Co., which operates a pulp mill in Plymouth; Nucor Steel in Hertford; and Evergreen Packaging, which own a paper mill in Canton.

Pollutants from manufacturing plants, paper mills and power plants foul the air and waters of Eastern North Carolina and affect public health. People who breathe certain concentrations of air pollutants may be at higher risk of developing cancer and serious respiratory disease.

Mercury settles out in streams and builds up in the tissue of certain fish and can accumulate in humans who eat the fish. Babies born to women who consume fish with high mercury levels may grow up with development problems. The state warns people about eating certain types of fish caught in the Atlantic Ocean and in certain coastal rivers.

Scientists’ understanding of the effects of air pollutants has advanced in recent decades, but the range of health effects is still only partially understood. To safeguard public health, the state of North Carolina has an air toxics program that focuses on nearly 100 toxic air pollutants that are known or suspected of causing cancer and other serious health problems in humans. The program has been in place since 1990 when Jim Martin, a Republican, was governor. It borrows from the concept that good fences make good neighbors.

The program requires more than 780 manufacturers across North Carolina, from asphalt plants, to chemical manufacturers to papers mills and power companies, control emissions of toxic pollutants at their fence lines. The requirements are site specific.

Under the state program, each regulated manufacturer or power plant must show through computer estimates that by the time combustion gases and emissions waft to the property line, concentrations of any toxic pollutants are so low that people living or working nearby are not at risk.

Whenever the plants add new sources of emissions or increase production lines so as to generate more toxic pollutants, they may have to be new computer estimates showing the emissions will not harm the surrounding community beyond their fence line.

“I do think there are things we can do to make it easier for businesses to compete in a worldwide level playing field,” Rep. Mitch Gillespie, co-chairman of the legislature’s Environmental Review Commission, told lawmakers recently. Gillespie is leading the effort to overhaul the state air toxics rules.

Gillespie unveiled a proposal in late February to exempt many manufacturers and industries from the state standards that protect people from toxic air pollutants in the air they breathe. “Even though this bill is a page and a half, it has major implications,” Gillespie told lawmakers. “It may seem short and sweet, but it’s not.”

The draft legislation pushed by a consortium of large manufacturers and industry would exempt many if not most of Eastern North Carolina’s large polluters such as paper mills, chemical makers and power plants from complying with the state’s health-based air toxics regulations. Those utilities and manufacturers that are covered by federal air toxics standards would not have to comply with state regulations requiring computer modeling showing that emission levels are safe to the surrounding community.

If Gillespie is successful, Nucor, International Paper in Riegelwood, PCS Phosphate and Domtar Paper Co. would be largely exempt from the state program. Secondary sources of emissions at the plants not addressed by federal air toxics rules might still be covered by the state program. But state air regulators would have to determine that on a case-by-case basis.

At the direction of Republican legislative leaders, officials with the N.C. Division of Air Quality met with representatives of the manufacturers lobbying group, the furniture industry, the power companies and the N.C. Chamber and negotiated proposed changes to state environmental regulations during a series of meetings in recent months.

Gillespie presented the proposed legislation to the Environmental Review Committee as consensus legislation. It’s common for groups that are affected by regulations to offer input on changes to laws.  But typically, all the groups that have a stake in the outcome are invited to take part. But those who might have challenged the consensus, the environmental groups, were shut out of the negotiating process.

“That was my choice not to let them (environmental groups) be part of the original negotiations,” Gillespie told the committee.

“I’ll treat everyone the same from this point forward,” he said.

Preston Howard, president of the Manufacturers and Chemical Industry Council of North Carolina, told a legislative committee that dual regulations by state and federal agencies results in costly permitting delays and reduced the competitiveness of North Carolina industries. He said the group did not want to abolish the state program, but wished to see it overhauled.

Manufacturers and utilities wield influence with state lawmakers by virtue of contributions to legislators and political campaigns.

An analysis by Democracy North Carolina, a nonpartisan watch group, shows that 17 producers of air toxics and their trade groups, led by the Manufacturers and Chemical Industry Council of North Carolina and the N.C. Chamber, spent $5.2 million on state political donations and lobbying the General Assembly during 2009 and 2010. Their spending was more than 10 times the $481,000 spent by 11 major North Carolina environmental groups.

“This is something the manufacturers and utilities have wanted for years and years,” said Rep. Joe Hackney, the Democratic House minority leader and former speaker. “They sat in my speaker’s office and said they did a lot of modeling that was unnecessary.”

Hackney said environmental regulations addressing air and water are incremental in nature. They’re based on the premise that requiring polluters to spend money to reduce emissions will lead to reduced incidence of respiratory disease and other illnesses

A move in the opposite direction to ease the requirements of the North Carolina air toxics program should confront those advocating the idea with some uncomfortable questions.

Hackney characterized the effort to accommodate manufacturers by rolling back by environmental regulations to compete with other states in the name of economic development as “a race to the bottom.”

The draft legislation directs the state Division of Air Quality to review the air toxics rules to determine if further changes can be made to reduce the regulatory burden on industries while protecting public health. State officials are supposed to provide the results of their review of air toxics rules in November.

Wade Rawlins is a journalist who has written about environmental issues and the N.C.legislature for more than decade. Rawlins was the lead writer in a series of articles published in "The News & Observer" of Raleigh about the Navy's misguided plans to build an air training field near Pocosin Lakes National Wildlife Refuge. He is a part-time resident of Carteret County.