From a Tideland News report:

EMERALD ISLE – Town officials here have applied for a state grant to purchase a nearly 30-acre tract behind the old town hall and recreation center for a mix of preservation and recreational use.

Town Manager Frank Rush has applied for a $545,000 grant from the state Clean Water Management Trust Fund, He’s also working with the military, because the property is in the flight path for Bogue Field – an auxiliary landing field for the Cherry Point Marine Corps Air Station – and the Marine Corps is trying to discourage development, especially high-density development, in flight paths.

The tract, which has frontage on Archer’s Creek, is zoned for multi-family development, and is large enough for as many as 237 condominiums, Rush said.

The property is owned by Surfside Realty Co. Inc. of Emerald Isle, and the registered agent is Georgia Ricks. It has been appraised at $3 million.

Rush said that despite common belief, the property is very usable, with 26-27 acres of high land, much of it covered with maritime forest.

The town, he said, would almost surely preserve two-thirds of it in its natural state, and would, at some point, most likely use the remaining third for fields for sports like soccer and baseball. That could be a few years, maybe more, down the road after acquisition. Rush said the two-thirds that would be left natural are ideal for hiking trails.

“It’s really beautiful property, with a lot of great trees,” Rush said, and people would love it for nature walks and other passive recreational activities, such as bird watching.

All of this fits well with the mission of the Clean Water Management Trust Fund, which receives money in budget allocations from the state General Assembly.

The agency’s main purpose is to help local governments protect water quality, but Rush said it also has a stated goal to help provide buffers for military facilities.

At least part of Archer’s Creek, which borders the property, is classified by the state as Outstanding Resource Waters, the state’s highest classification. And the creek is a tributary of Bogue Sound, which also is classified ORW.

Grant awards are expected to be announced in September.

This story is provided courtesy of the Tideland News, a weekly newspaper in Swansboro. Coastal Review Online is partnering with the Tideland to provide readers with more environmental and lifestyle stories of interest about our coast. You can read other stories about the Swansboro area here. 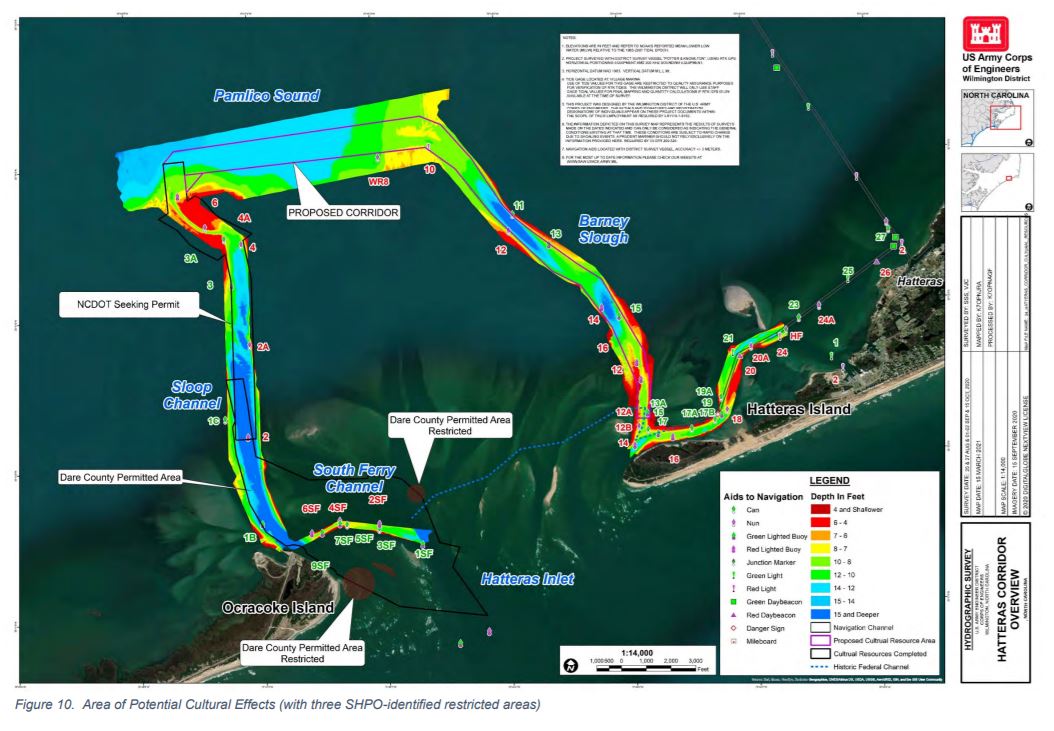