Reprinted from the Tideland News of Swansboro

Thirty-three members of Congress, including Republican Rep. Walter B. Jones of coastal North Carolina, signed a letter in December expressing deep concerns about the use of seismic air guns for oil exploration off the East Coast.

The bipartisan group, which also includes Democratic Rep. David Price, who represents, parts of Alamance, Orange, Durham, Wake, Harnett, Chatham and Cumberland counties, sent the letter as speculation grows about whether the Obama administration will allow the testing, and then, potentially, drilling for oil and gas off North Carolina or other south Atlantic states.

North Carolina’s Randy Sturgill, senior organizer for Oceana, an international group coordinating opposition to seismic testing and drilling, said the letter is encouraging, in part because it shows strong bipartisan opposition congressmen who are not typically considered environmentalists.

“(It) also makes clear this is not just an environmental issue, this is an economic issue,” Sturgill said. “The numbers speak for themselves. The coastal economies represent 1.4 million jobs and over $95 billion in GDP. Why would we want to mess that up?”

He remains hopeful the administration will stop testing and drilling.

“The Obama administration has made it clear that they are listening to the public and are paying attention to coastal governors and local governments directly affected,” he said. “The question I have is, why isn’t our governor listening to us?

Eighty-six percent of coastal municipalities in North Carolina have passed resolutions against offshore drilling and seismic testing, Sturgill added. “The only people that seem to be supporting seismic blasting and drilling are the oil interests and the Gov. (Pat) McCrory. Makes you wonder who Gov. McCrory is listening to, the people who elected him or Big Oil?”

Oceana, Sturgill said, was particularly pleased that Jones and Price signed the letter, demonstrating bipartisan support in the state.

The leading signatories on the letter were Rep. Mark Sanford, a Republican from South Carolina, and Rep. Bobby Scott, a Democrat from Virginia.

The letter, to Abigail Hopper, director of the federal Bureau of Ocean Energy Management, or BOEM, goes as far as urging her to withdraw and rewrite its environmental reviews for seismic blasting and to withhold any permits for this activity until new scientific studies have been taken into account. It’s very similar to a letter previously written by marine scientists from around the world, including Doug Nowacek of the Duke University Marine Laboratory on Pivers Island in Beaufort.

“Seismic air gun exploration is an enormously disruptive activity in the ocean,” the letter states. “A significant body of peer-reviewed science demonstrates that seismic air gun testing results in massive displacement of fish, causes catch rates of some commercial fish to plummet, and disrupts vital feeding and breeding behaviors in endangered whales.

It refers to the March 2015 letter from the scientists, who cited “significant, long-lasting, and widespread impacts” on the region’s fish and marine mammal populations should it proceed, and noted that BOEM’s preliminary study “failed to analyze these recognized large-scale impacts of seismic surveys on fish and marine mammals, and to develop alternatives that sufficiently protect wildlife and our coastal economies.”

“… We note with deep concern that seismic air gun testing is the first step in the process of offshore oil drilling,” it states. Seismic testing and oil drilling will put the coastal economy and way of life at risk, due to industrialization of the coast, daily impacts and regular spills from oil drilling activities, and possible catastrophic accidents like the Deepwater Horizon disaster.”

Specifically, the councils took action to update their policies related to non-fishing activities in order to ensure that fisheries in the region are protected from other ocean uses, such as oil and gas exploration and development. Under federal law, the councils are given a voice in the management of ocean resources in their jurisdictions, which stretch from New York to Florida.

Claire Douglass, Oceana’s campaign director, applauded the panels “for taking action to protect the long-term health of the regions’ fisheries in the face of looming threats.

“These policies should be a wake-up call to the federal government, highlighting the threats of offshore drilling exploration and development on fish, fish habitat, and everything that relies on a healthy ocean ecosystem,” she said. “Commercial fishing and other coastal industries would suffer from routine leaks, as well as the looming risk of a BP Deepwater Horizon-like oil disaster along the East Coast.”

This story is provided courtesy of the Tideland News, a weekly newspaper in Swansboro. Coastal Review Online is partnering with the Tideland to provide readers with more environmental and lifestyle stories of interest about our coast. You can read other stories about the Swansboro area here. 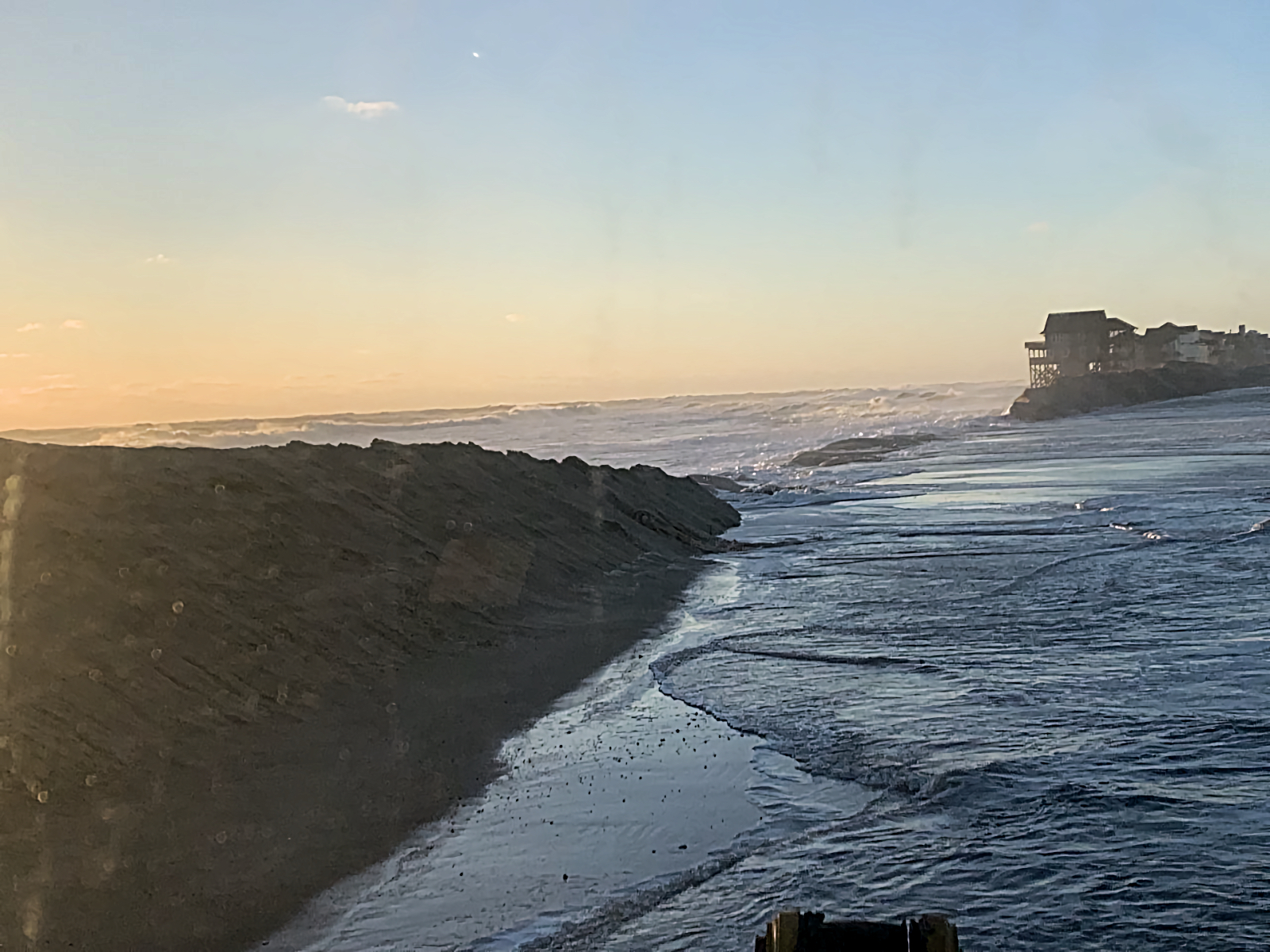