This story is part of a monthly series about astronomical events along the N.C. coast. It is reprinted from the Island Free Press. 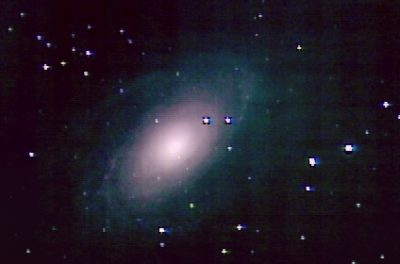 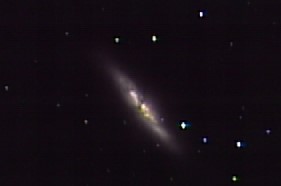 In the November column, I included a picture that featured M81 and M82 together in the same image.  Here are close-ups of the two galaxies I took on Dec. 15. Both are about 12 million light years away.

Look for the Quadrantids  meteor shower the first five nights of January. The peak was predicted for the night of Jan. 3 with as many as 40 meteors per hour. The meteors will appear to originate in the constellation Bootes. Bootes will rise in the northeast at about 12:30 a.m. each night for the first week of January. You can find it by looking at the handle of the Big Dipper. The first two stars, Alkaid and Mizar, in the handle point directly to Bootes. The center of the constellation is about three times the distance between those two stars.

In addition to the Quadrantids, Bootes also starts the month off with a comet that might be visible to the naked eye. If you follow the curve formed by the handle of the Big Dipper, about  five times the distance between Mizar and Alkaid, it will lead you to a very bright star, Arcturus. If you watched it rise on New Year’s morning, you may have seen the comet Catalina. Some of my sources say Catalina will only reach a magnitude of +6, which means you would need binoculars or a telescope to view it. Other sources say it will reach a magnitude of +4.2.  If that’s the case, you might be able to see Catalina with the naked eye.

Comet Catalina will be in the night skies all of January. It will reach its closest approach to Earth on Jan. 17. On that night, it will appear to be in the proximity of Mizar and Alkaid, in the handle of the Big Dipper. At a distance of 110 million kilometers and a visual magnitude of +5, it should be a great target for night viewing.

Mercury, Neptune and Uranus will be in the western skies in the evening. Look for Mercury near the western horizon between 5:30 and 6: 20 p.m. It begins the month setting at 6:30 and gets lower in the skies every evening. By Jan. 12, it will be setting at 5:30 p.m., making it difficult to spot. Neptune will begin the month fairly high in the western part of the night skies. It will set about 9:30 p.m. Uranus will begin the month almost directly overhead on the Ecliptic, or the path the Sun appears to take around the Earth. The planets all appear to stay close to this same path through the skies.