BLADENBORO – N.C. 53 follows the Cape Fear River as it winds through the country of Bladen County. The scenery is typical of this part of the coastal plain: vast swampy woods dotted by small plots of farmland and modest clapboard houses. Then, you approach the entrance to the Whitehall Plantation Game Land.

This stretch of loblolly and slash pine will eventually become longleaf pine forest and offer habitat for a variety of native plants and animals, said Kenneth Shughart, a forester with the N.C. Wildlife Resources Commission. Turner and Shughart were recently working on a five-person effort to burn a 280-acre piece of the property.

Turner, sitting atop a bulldozer, watched the fire and smoke approach the dirt road that crisscrosses the game land. His job was to make sure no stray sparks floated across. One by one, the other members of the crew emerged out of the smoke and walked to where the bulldozer and a small cluster of trucks were parked, to drink water and refill their torch canisters with fuel.

After only a few moments, they go back to the fire, this time steadily dripping the fuel to create new fires in evenly spaced lines. The shrubs and grasses ignite easily and burn quickly in a low hum. The larger vegetation, though, erupts with a large, showy whoosh. It’s hot and smoky at the burn sections, but other parts of the property only a short distance away, seem unaffected.

This section had already been thinned and prepared for the burn that started in late September. The area had also been sprayed with herbicide which will eventually help limit the competition that the young longleaf seedlings may face. Shughart was able to burn all but 90 acres before the recent rains came. Once he finishes the last of the burn, he’ll go back a few weeks later to reseed.

“We’ll be seeding longleaf pine as well as native grasses,” he said, like wire grass, big bluestem and Indian grass. In five or six years, if all goes well, this parcel will be full of 6- to 8-foot-tall pines. In another 50 or 60 years, visitors will see a mature longleaf stand. “What we’d eventually like to do for the whole property is a natural, unevenly aged longleaf forest,” Shughart said. “That will take 100 years or more.”

Whitehall’s 1,658 acres include wetlands and Cape Fear River floodplain and offer habitat for deer, turkey, waterfowl and small game that attracts hunters, hikers, anglers and birdwatchers – something that the Wildlife Commission hopes will continue with this plan. But it isn’t the only forest under the purview of Shughart, who is based out of Bladenboro and oversees forests in North Carolina’s southern coastal plain for the agency. He and others in the field, such as Angie Carl of The Nature Conservancy, work in the Green Swamp, in Boiling Spring Lakes, Holly Shelter Game Land and the Croatan National Forest, as well as other areas throughout the coast. Prescribed burns in each of these places can happen all year, depending on its individual requirements.

“The first step is always to assess the land, to determine what it needs,” Shugart said. For coastal pine forests, that usually means burning at least every five years. After the assessment comes the planning. Each burn involves compiling a detailed report. “They are 30 pages or more with maps and contingencies,” Carl said.

As beneficial as it can be, fire can also cause considerable damage – to both the wildlife habitats they’re intended to help and to surrounding human environments – if conditions aren’t right.

The benefits of a prescribed burn are many. “One thing I don’t think people think about is that controlled fires actually decrease the chances of a catastrophic wildfire,” Shughart said.

These burns can reduce the forest litter than can fuel accidental fires. Prescribed burns can also control insect populations, expand conditions for animals that graze and, in the long run, improve the appearance of forest stands. These benefits must be weighed against potential negatives. Air quality for neighboring communities is always a factor, as is downstream water quality.

“We have to think about what is happening all around the site,” Carl said.

At one of the burn sites Carl manages, she has to think about how smoke will impact a nearby hospital, and a facility with contained animals. “Although ecology is improved through these fires, our first priority is always safety,” she said.

Then there’s the weather. With the plan in place, fires can then only proceed under the appropriate conditions. “You’d like to have some rain, but not too much,” said Patty Matteson, a North Carolina-based public affairs officer for the U.S. Forest Service. Damp soil can protect unseen tree roots and microorganisms from too much fire damage.

“And the winds can’t be too high or too low,” she said. Winds should be high enough for the smoke to get up and about.

Understanding all of this means that fire specialists have to learn how fire behaves. It can either move with the wind, as in a “heading” fire or against the wind as a “backing” fire. “Flanking” fires move at right angles to the wind. Heading fires are usually the most intense with a faster spread rate and longer flames, according to the Forest Service. Backing fires are the least intense.

For these reasons, wind direction must always be taken into account when planning a burn. For the Whitehall burn, Shughart had been watching the weather for weeks. Although conditions were mostly sunny and a bit windy, he was also thinking about other atmospheric elements not usually found on local weather report, like waiting for the right mixing height and the transport winds that will determine how high the smoke goes and in what direction. “Of course, that’s just a part of it,” he said. “Even things like surface winds and relative humidity play a factor in a burn.”

When the weather is looking just about perfect, more immediate preparations are made. “Then, on the day of the burn, we notify the Forest Service, and the county 911 center,” he said, so fire trucks aren’t sent to the site by accident.

Another necessity is an experienced burn crew. Turner normally works at the game lands boat dock, but he took training courses offered through the Forest Service on both a national and state level, to be able to participate in the burns on the property. The courses cover firefighting and wildland fire behavior. “Anyone can take them, and they tell you how to act in a fire, and what to look for, what could be dangerous,” he said.

This Bladen County burn, as with many that take place in the autumn, is meant to prepare a site for replanting. But other types burns take place at other times of year. After Shughart reseeds this portion of the game land, he’ll come back again in the winter to a more established forest on the other side of the dirt road and burn the understory to clear out vegetation and shrubs and to make way for smaller plants to thrive and offer the right habitat for certain animals.

Other burns are conducted at different times of year, depending on what plant and animal species need to benefit. Those conducted in winter, from January to March, are considered dormant season burns. “It’s colder and easier to control the burn,” Carl said.

They are also less likely to disturb animals such as nesting birds.

Those prescribed fires that take place in the summer or spring can mimic natural cycles. “Sometimes, they are necessary for seed production,” Carl said. “We burn in the spring, because there are some plants, some of the native grasses, that only flower after a burn.”

For all of the burns that take place in a given year, it’s is no surprise that many more don’t happen – or are postponed – because one or more of the necessary variables weren’t right. And there are other contingencies that can happen as well. Many of the planned burns that the U.S. Forest Service hoped to conduct in the state this season were put off because most of their fire personnel were fighting wildfires, Matteson said. “It’s just something we’ll have to revisit later.”

For the Nature Conservancy, Carl had hoped to conduct burns this fall. “We have an active burn crew scheduled from January to August,” she said. Those are the times that it is a little easier to make things happen for prescribed fires.

When conditions don’t cooperate, she has to be more flexible in the planning. Even when a fire crew is on standby, it doesn’t mean it will happen.

“There’s still one more burn I’d like to do this year,” she said. “We’ll see how it goes.”

Allison Ballard is an award-winning writer and journalist who covers topics such as food, film, science and the environment for a variety of local and regional publications. Since early days as high-school reporter, she’s gained experience in much larger newsrooms and through graduate programs at the University of Cape Town and the University of North Carolina Wilmington. Allison loves to travel, but always returns home to the North Carolina coast. 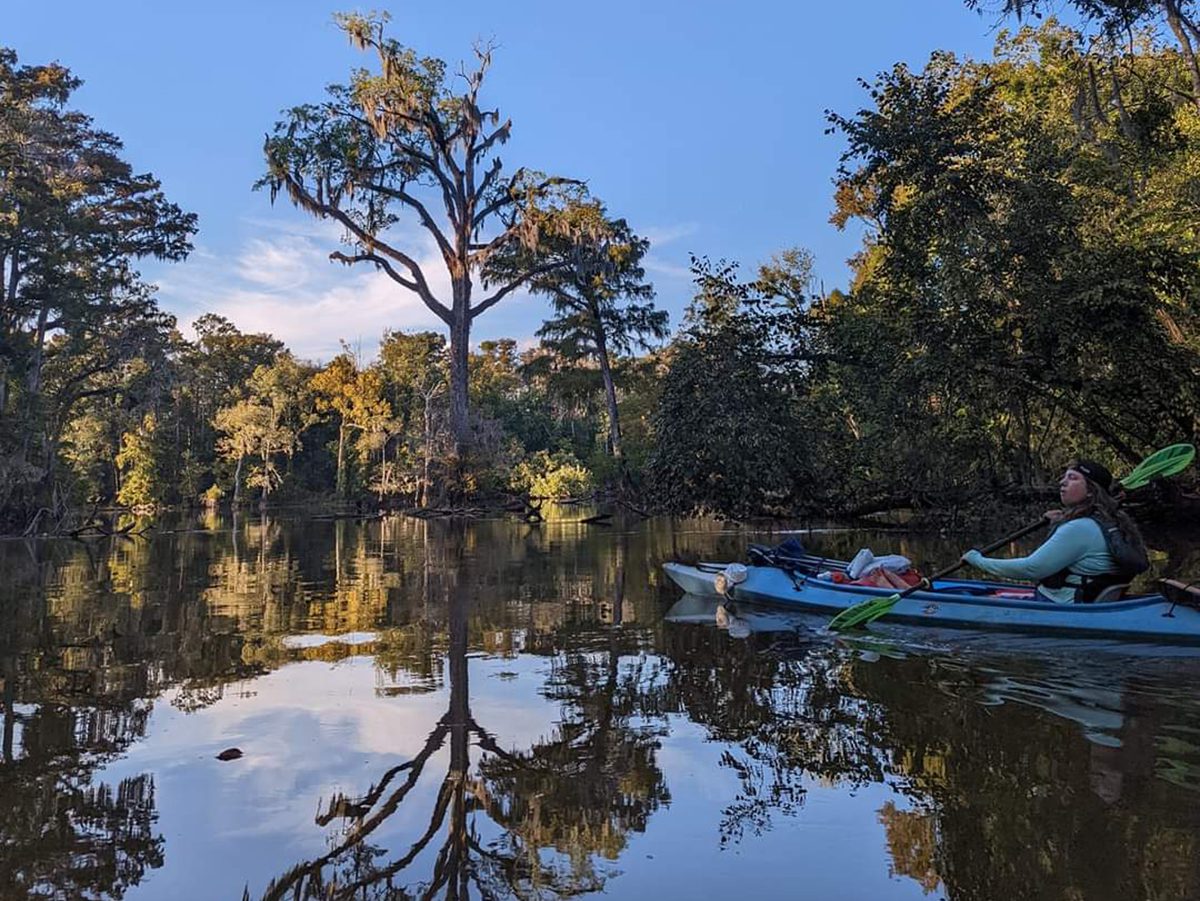 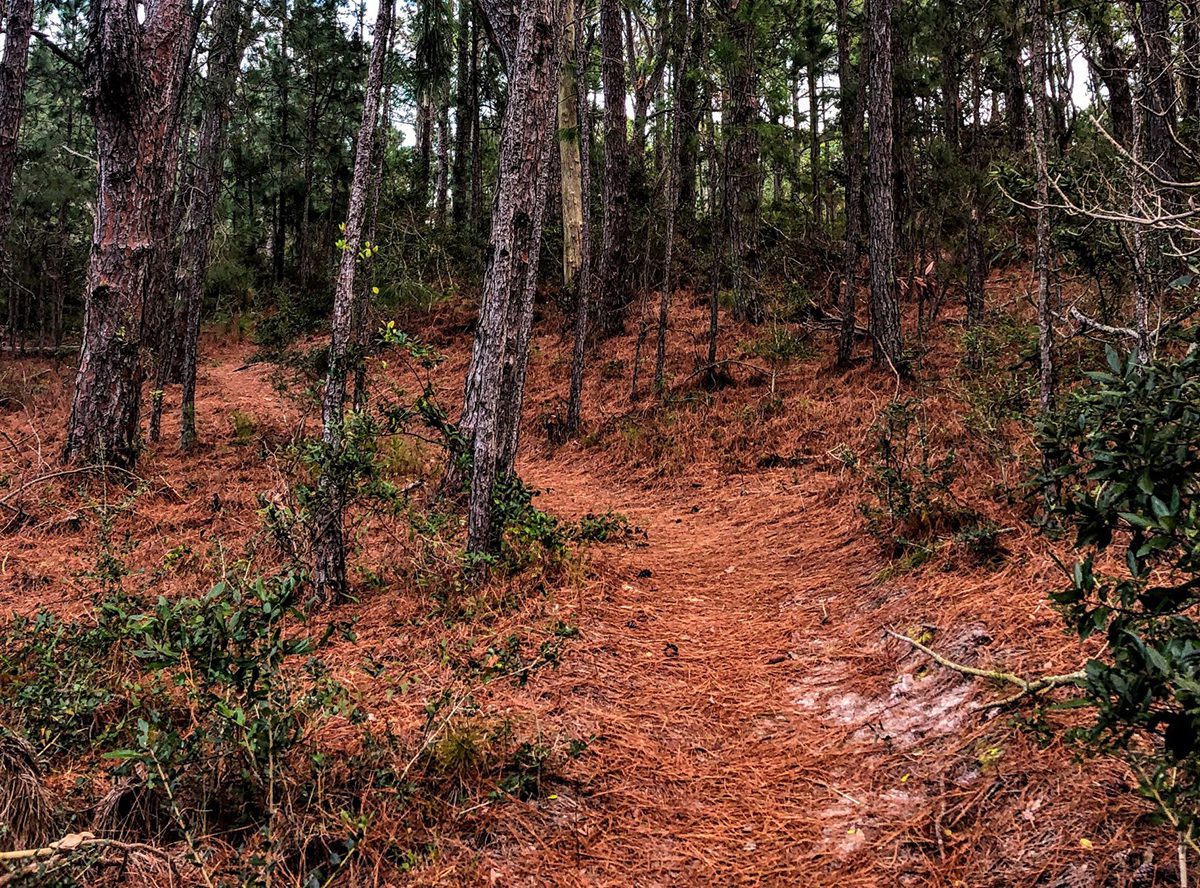 ‘Forest bathing’ or hiking a trail can make you feel better 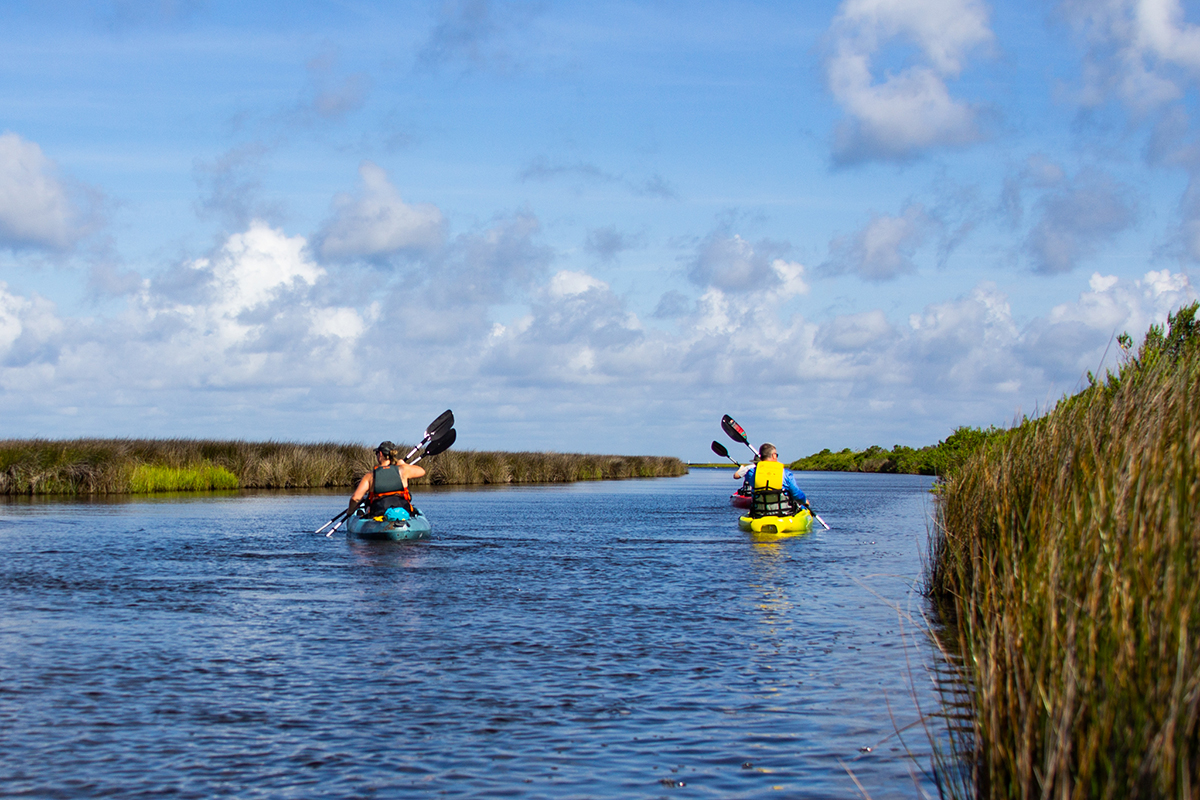 Ranger-guided paddles encourage ecosystem appreciation
Support the coastal news you value.CoastalReview.org is an award-winning, nonprofit news service providing unbiased, in-depth and investigative reporting about issues on the North Carolina coast. Your support makes our work possible. Please join the CRO Press Club or put your business in the Sponsor Spotlight to support the coverage your care about. Learn MoreGive or Sponsor